High Risk, but we want a Turkey!!

The tow paths again are really muddy and it is a bit annoying as the gunwales have to scrubbed twice a week..  We are still in a tier three area and yes we have seen two hire boats, maybe with people on from tier four.. The state of the canals are getting worse with the silt and leaves from winter and with them not being used by boats. Its weird because its not that the leaves get caught in the prop, its the tiller digging in and not being able to turn, even worse if you meet another boat..

Anyway rant over! Our plan was to move today as Al wanted to get some last minute fresh bits like fruit and vegetables and of course the turkey.. We had some rain when we woke up and waited till it passed over. It was very very quiet when we set off and very dank and murky. 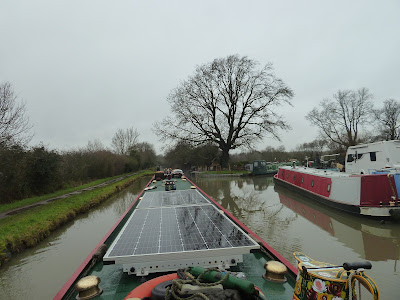 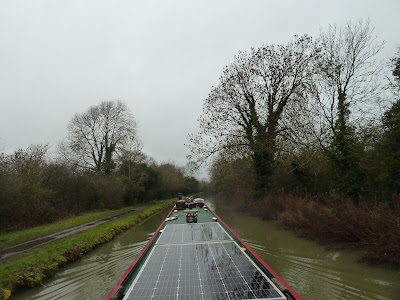 We made our way back to Brownsover where we had plans in case it was too busy to moor up.. 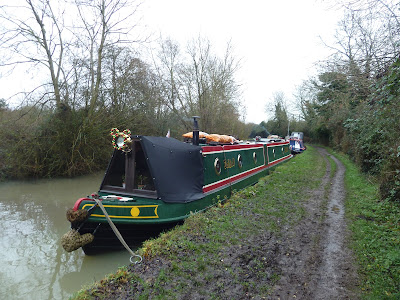 We took the turn and then spotted a mooring and slipped Derwent6 into it. Al was off in a shot and geared up with mask and sanitizer she attacked Tesco's.. It turned out to be a bit of a bun fight with people pushing and shoving just for toilet roll again.. Al just stood back and let them get on with it.. No one was sanitizing their shopping trolley, or their hands, so you can see why we are in such a mess at the moment... Del met her with a few bags and we scurried out looking like a couple of bank robbers back to Derwent6.. We did contemplate grabbing a Japanese Christmas dinner for a change (KFC to you and me), but the rain stopped play, so it was beans on toast!
Posted by Del and Al at 1:13 PM