We were down to notch two on the water tank, and through the winter you just can't take chances because you don't know what will happen. Things like iced in, canal closures, or boat problems etc, could be catastrophic if you haven't got water, so we decided to move.

Al had also arranged a Tesco's delivery at Hawkesbury Junction, but this was a Christmas shop with all the heavy items onboard. It is difficult to carry things back to Derwent6 so deliveries solve that problem. This Christmas, things will be different, as for the first time in 12 years we are having our festive time on D6. As you can imagine on the list was wine, spirits, and beer, chocolate, nibbles, and luxuries for a feast..

We set off after having to free off and drop the solar panels, as they were frozen. The sun was trying to come out as we made our way towards Ansty. First we had to dodge all the C&RT boats where they are fixing the landslide just up from us and the towpath is closed at the moment. 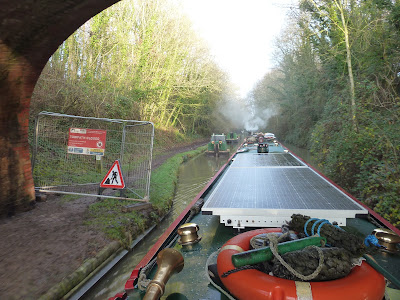 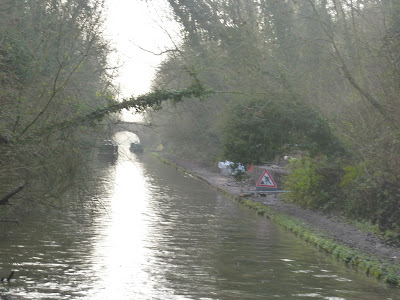 Then it was just pleasant cruising albeit a bit on the cold side.. 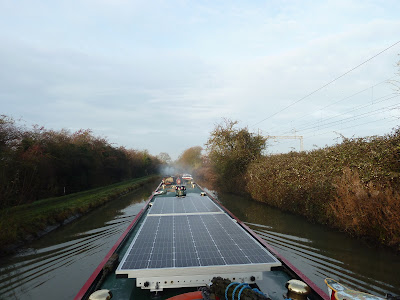 We will just put on some pictures on route to Ansty. 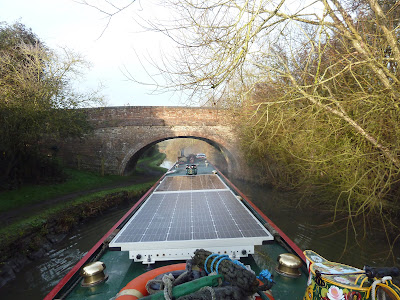 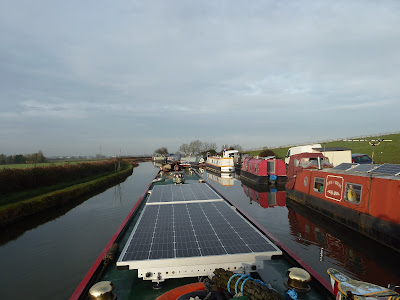 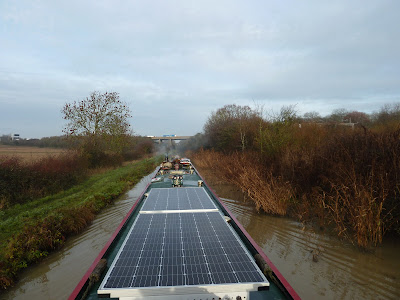 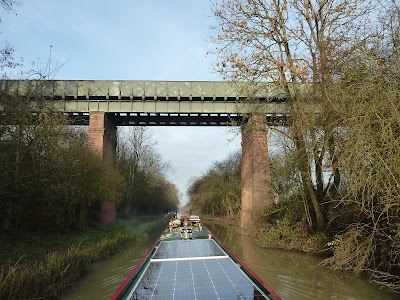 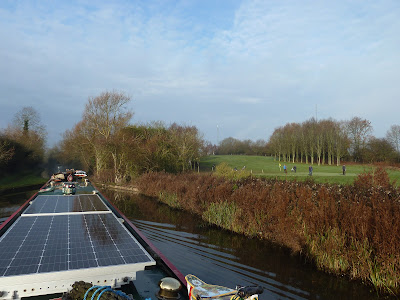 It was empty on the moorings as we arrived and for the first time we could go through at cruising speed which sounds fast, it was 3mph.. 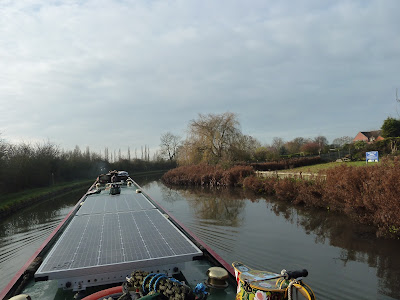 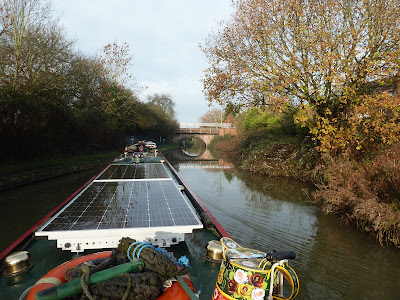 It was back out into the countryside and we soon got to Hawkesbury Junction where we first filled with water.. 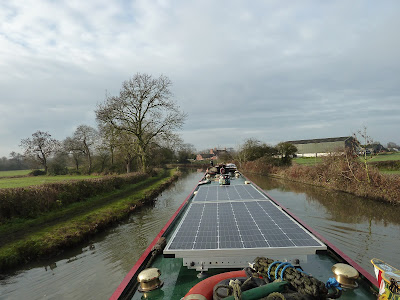 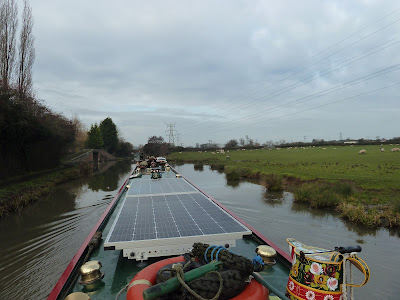 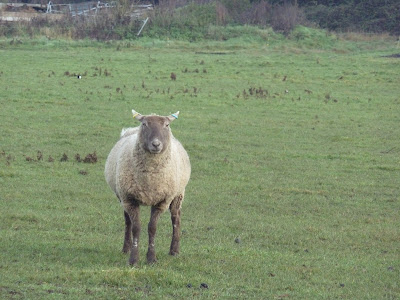 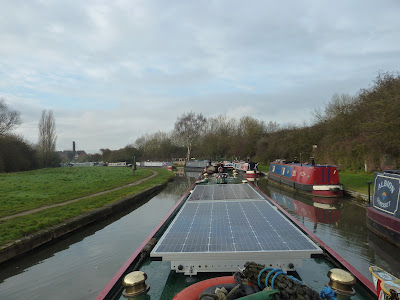 We did spot a few Kingfishers, but this one just got away. 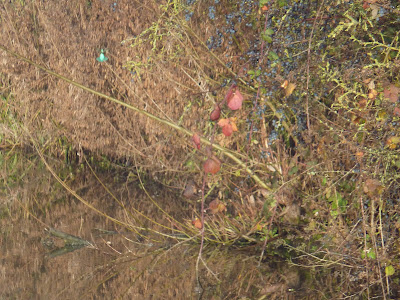 It was a slow tap but we had a bit of time as the shopping wasn't turning up till 3.00pm. 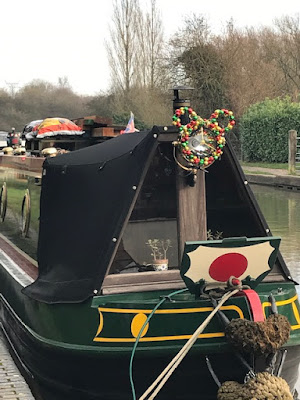 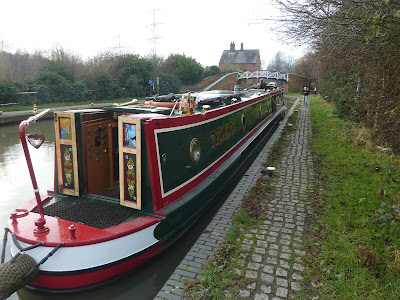 After being full we did the lock. 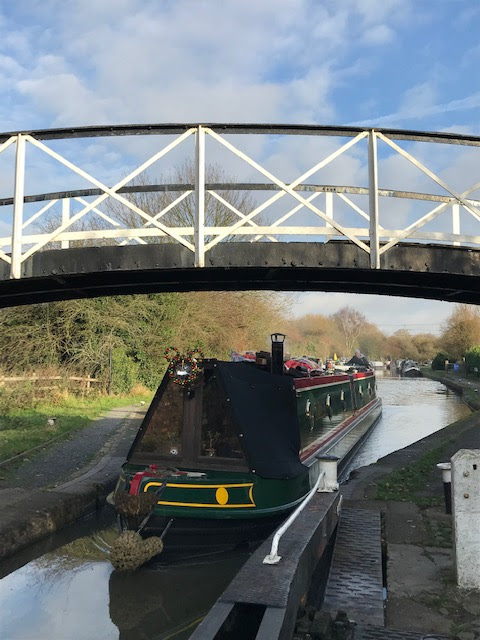 We then turned and reversed onto a mooring near the elsan point. 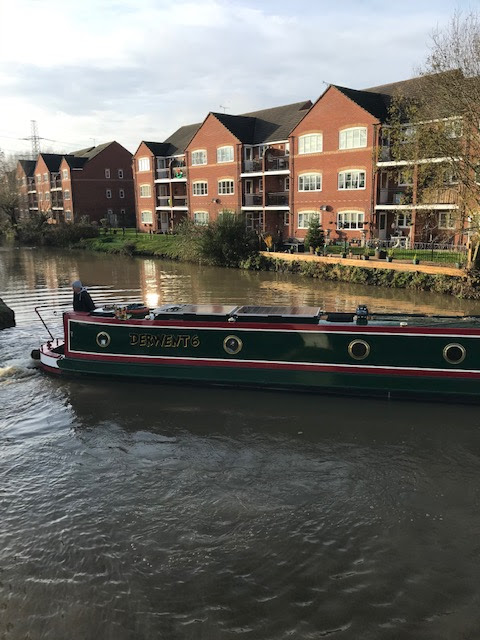 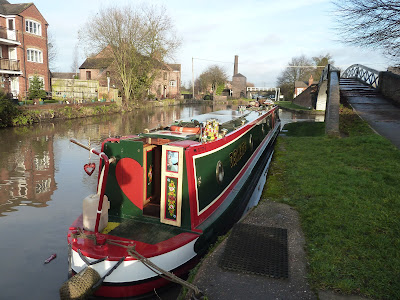 Tesco's arrived bang on three, and we unpacked and got rid of all our packing rubbish (and the empty bottles). 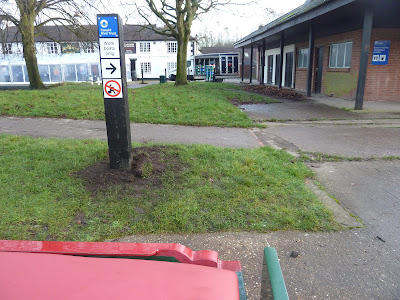 We then had an hour to get out of there and find a mooring that was a bit quieter. 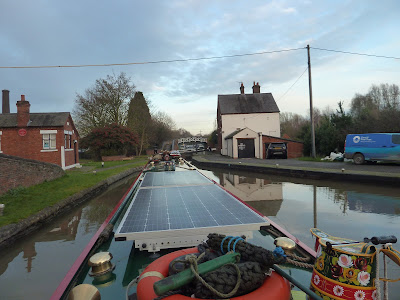 The sun was setting behind us and it was turning very cold again. 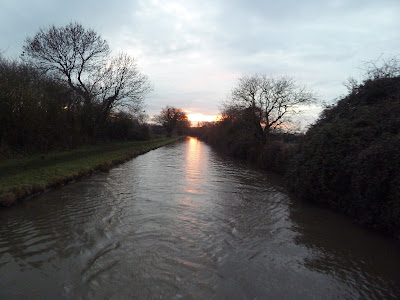 There were eyes everywhere. 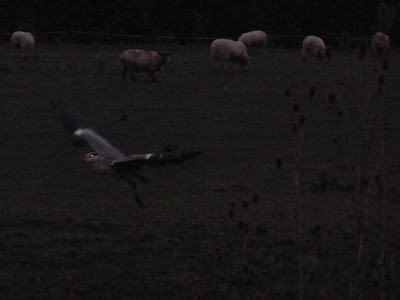 We moored up on a spot we have used before as it began to rain. 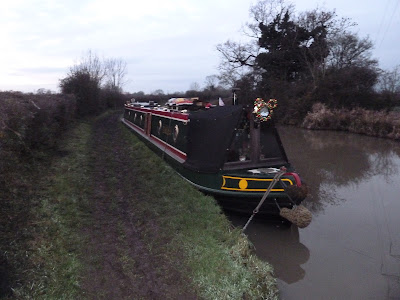 We snuggled inside and Al had a healthy steak and salad waiting.
Posted by Del and Al at 4:17 PM

Perfick, it's a good feeling to be ready for any eventuality, some grrreat crusing pics too.
Wintertime cruising is the best... when most boats have rereated into their marinas.
Enjoy yourselves.
Ann and Keith xx