Onto Pangbourne for a surprise visit! (and an update on the Beta crankshaft pulley)

We set off from our mooring at Beale Park at 9.00am in the hope we might get a mooring on the popular moorings at Pangbourne meadows. It was a cloudy day but the weather guys were saying it was going to be a warm one.. 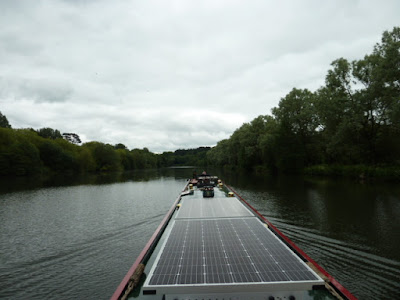 We got to the lock here and the lock keeper saw us coming and soon had things ready for us as we slotted in.. 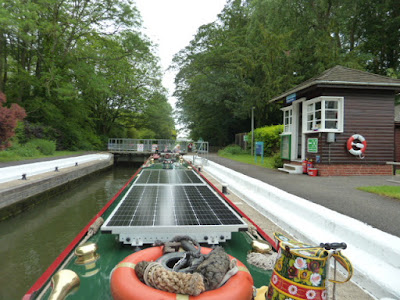 As we came out we had our fingers crossed and we spotted a wide beam pulling out "Wow that's lucky" Del said to Al. 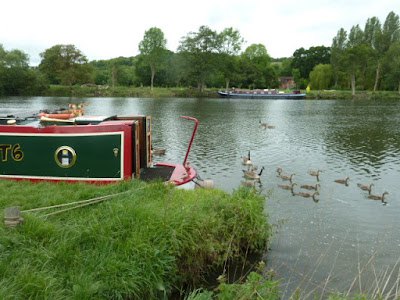 As we got closer it turned out to be our friends Sue and Vic on w.b. No Problem XL and we waved at each other frantically.
We fitted nicely into their spot and soon set ourselves up. 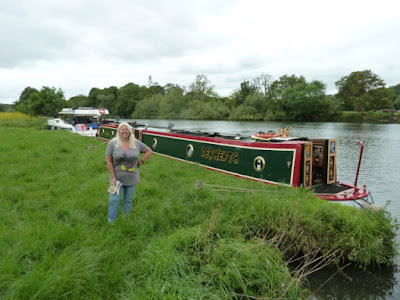 Del polished the side and was about to do a bit more when a dog run up to Derwent6, closely followed by Sue with a huge smile on her face.. It was so lovely to see her and the kettle was soon on. Sue's dogs are so well trained and just sat at the bow as Sue sat in the cratch, as Tooty looked on thinking where did they come from.. Nice socks Del! 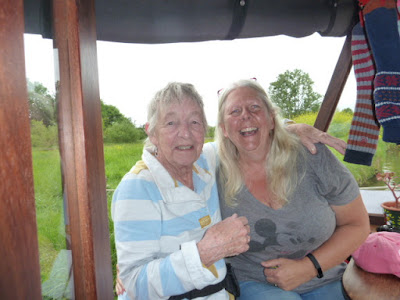 We had a good catch up on what had been happening over the last few years, some bad, but some good. Sue is a legend in boating blogging, as we followed their adventures till we made it on the cut.. She looked so well, and we hope to catch up with them again sometime..

We know some of you are following the progress we are having with Beta. Well they have now offered to give us a warranty on the second crankshaft nut clamp. Just the CLAMP mine you! That's not the nut, the oil seal, the belts, the pulley's, or the crankshaft, and definitely not a short motor (the block). This warranty is for one year, and now 1200 hours (and you will see why below).
Why would we want another new clamp when it didn't fix our problem in the first place?.. Apparently we are the only ones that this Crankshaft nut clamp has ever come loose on?
We have now been advised that the tightening procedure has changed..

It used to be:
Tighten at 10 hours, then at 40 hours and if its ok you should be alright

Now it's:
Tighten again at 10 hours, then at 40 hours, and then every 600 hours (like a service item) so two checks will be done before the warranty runs out.

With the lithium batteries and solar we are now running the engine and travel power a lot less, so suspect the one year will be the first to come up, so a check at either 600 hours or 11 months will be done.
We know Beta have three modified crankshaft nut clamps
1/ The REV01 which is a splined version 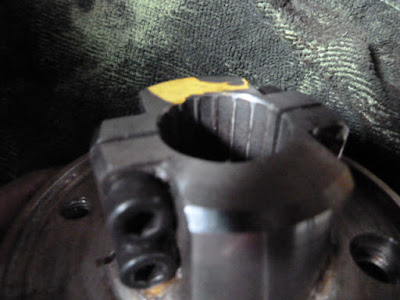 2/ The REV02 which is our second clamp, which has no splines
3/ The REV03 clamp which has an extension on the end. 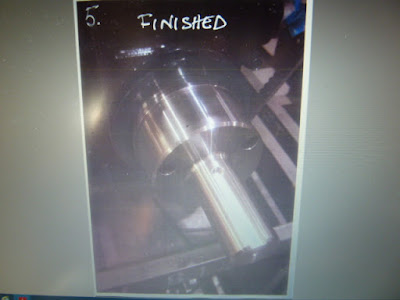 We have now just reached the 40 hours and checking it, it all seems tight, but we must admit we have lost all confidence in this Beta engine..

Delighted to learn Sue is doing well. Her blog is down. So thank you!