It turned out to be a nice morning and we set off at 8.30am and was reminded of the fierce locks ahead of us at Sulhamstead Lock. 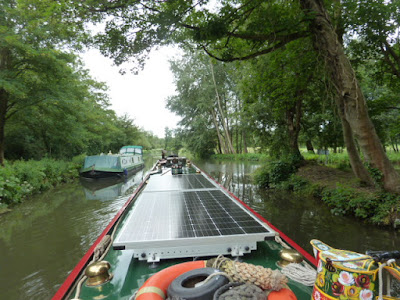 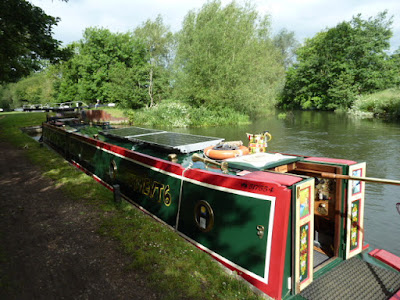 We were on our own and time didn't matter, so we just took things slowly in the hope someone might catch us up.. 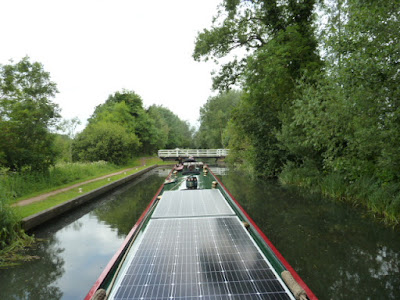 At Tyle Mill swingbridge and lock CaRT were working on the bridge. We pulled over for water and then decided to have a pumpout while we were there as we wasn't sure how many opportunities we would get to have one.. 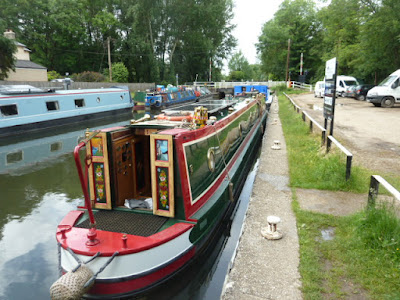 It turned out that a solenoid had packed up on the bridge and it might be closed till midweek. With Al's sweet talking the kind CaRT man managed to get it open for us so we could get on our way.. Meanwhile a hire boat had caught us up and joined us in the lock, it made things a lot easier. 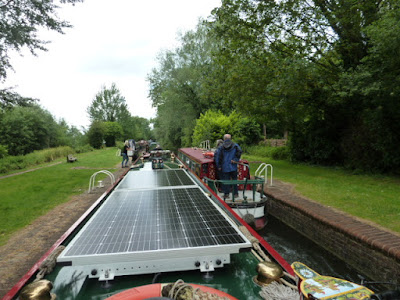 We interchanged tasks, as they did the swingbridges and we did the locks, and it worked well even though it felt like Al was doing all the work.. 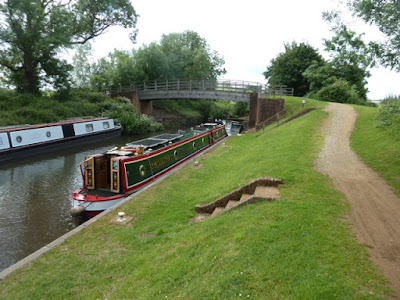 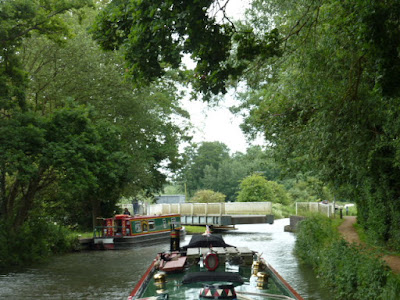 We departed at Aldermaston where they had hired from, and carried on under the lift bridge and lock here. 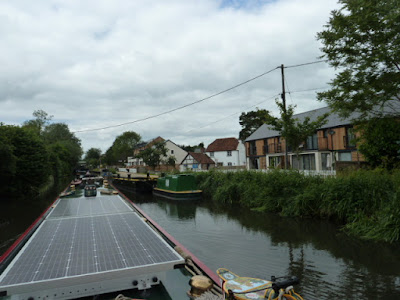 The river is very pretty past this point and weaves its way through the trees till you get to Woolhampton. 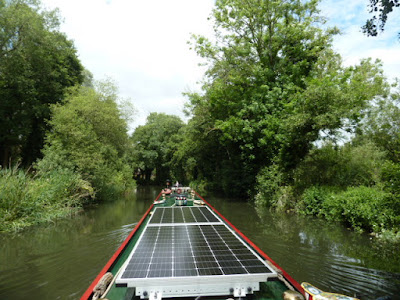 Again its another swingbridge and lock with the Row Barge Inn watching everything going on.. 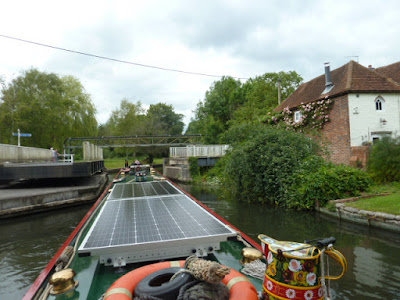 There were a few moorings on the 48 hour moorings at the top and we felt we had done enough for the day. 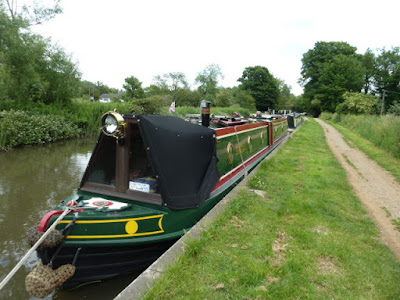 We have got to say that moorings so far haven't been a problem providing you don't moor near a road, as these are the congested areas. Yes you do meet widebeam boats and it is difficult to pass, but so far they haven't caused us a problem..
In the evening it was rude not to use The Rowbarge pub as it was so close and we didn't have to do the washing up..  We have got to say it was one of the best meals we had had in a long time, the staff were friendly and the service was good, we had a lovely time. We will be doing this again if we can get a mooring. 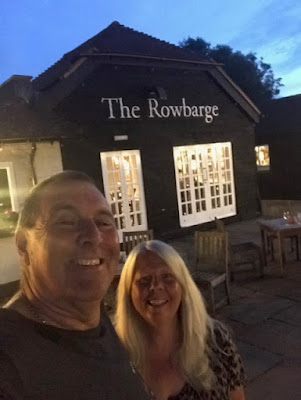 The weather looks pants again tomorrow so we might be staying put again, what happened to flaming June?
Posted by Del and Al at 2:01 PM

Glad you got up the lock by the Rowbarge before the heavy rain, as the River Kennet sometimes surges in from the left with great force. Lucky yous, enjoy resting in that lovely spot for awhile.
Btw I think we walked over the swing bridge over the railway line up to the main road where there was a lovely pie shop, if my memory is right.
K&A xx