A surprise in Pangbourne

The plan was to move today but the weather was awful. 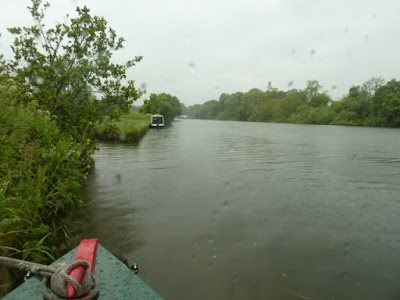 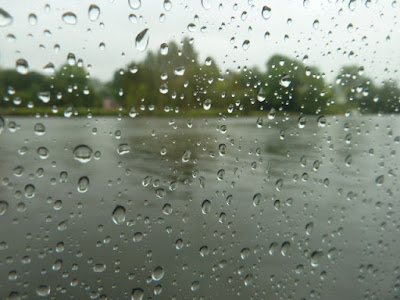 It was wind and rain and a risk so we were staying put here at Pangbourne. If they wanted us to move they could take a run and jump..
We went into town and grabbed a coffee in Costa and did some shopping in the Co-Op here. They also have a great butcher's, baker's and cheese shop, in fact Pangbourne has it all.
On our walk to the shops we could see a lot going on in the meadows with some dragon boat racing and loads of stalls, but the thing that attracted us the most was the music stage and a good ol' beer tent, it was the village fete.. 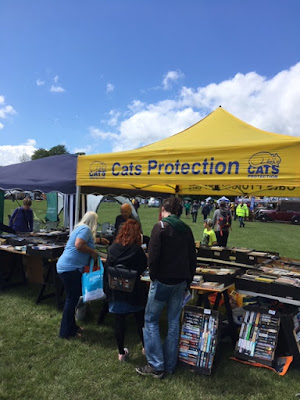 As we walked back with the shopping the sun started to come out and we thought a beer and sitting on a straw bale listening to some good music sounded fun. 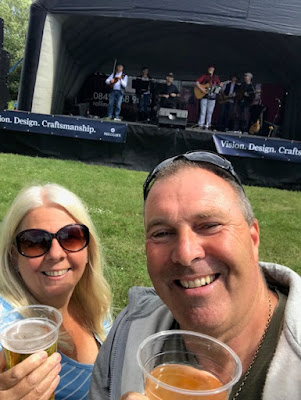 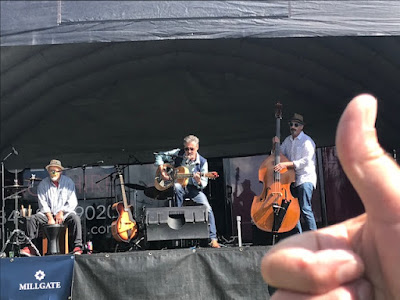 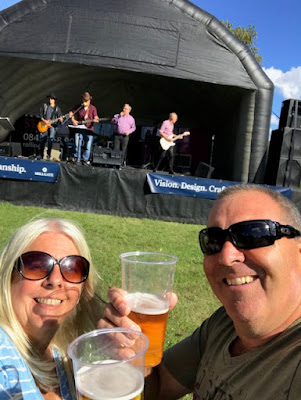 The wind was still blowing gale force and we thought they would have stopped things as there were a lot of gazebo's being tied to car's, but the weather did brighten up a bit. 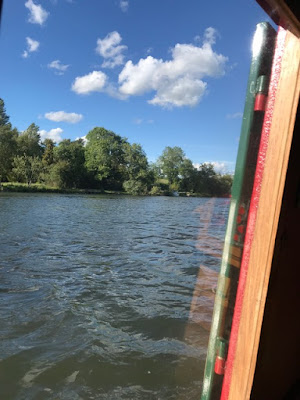 The weather just got better during the evening and we got a bit tipsy singing away to all the tracks played.. It was great fun. It just goes to show that you never know what to expect on the river and days like this always turn out to be some of the best. As the evening went on they were even selling the quality beer at £2.00 a pint, dangerous!  We plan a really early start in the morning as the weather looks good and it doesn't look good for three days after that..