We set off early and Al walked ahead as there was a swingbridge just around the corner.. 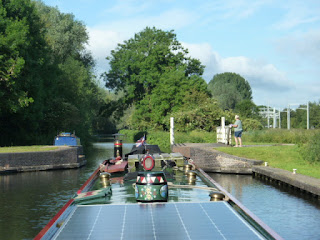 We passed Tony, a single hander on n.b. Maria, who is a really nice guy who we found out had worked in Chislehurst (where Del worked for 24 years) and also knew Biggin Hill (near to Shoreham where Al was born). We all helped each other through the locks and swingbridges. 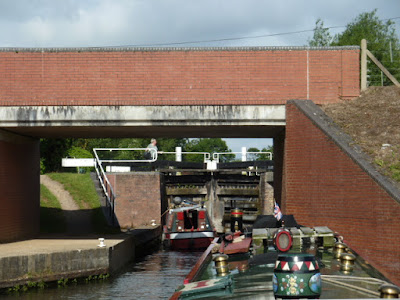 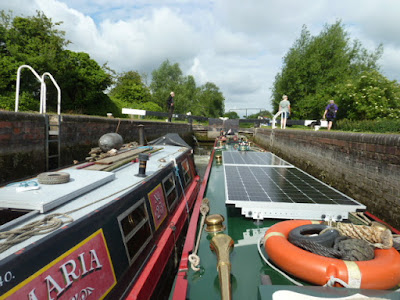 We didn't plan to go very far as we needed another train station soon and timing on these moorings was paramount. After that little bout of rain the current was quite strong and the water was pouring down the weirs. 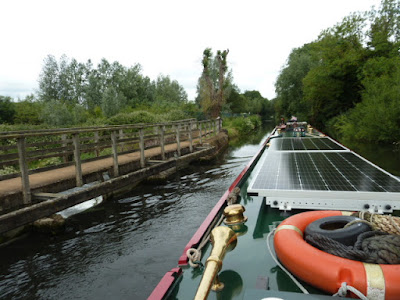 We then got to Thatcham and was pleased to see four moorings free so we picked the one furthest away from the road. 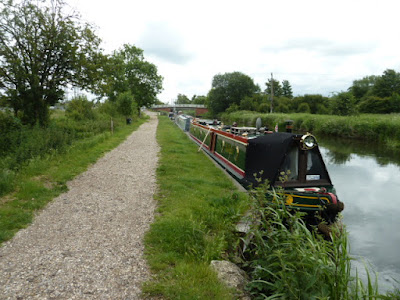 Tooty did his normal trick and was out in flash sussing things out.. 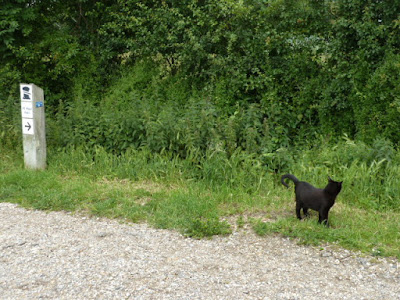 Del got straight onto the brasses but the weather still didn't look good as the showers came in.. Al walked up to the Co-Op and picked up some treats and then we chilled for the rest of the day.
We did receive a notice from CaRT saying that there will be restrictions and technical issues on the Kennet and Avon from Crofton Pumping station to the bottom of the Devizes flight. So is that a problem with the pump at Crofton which is sometimes run by steam? The problem we have is that we don't want to be stuck down here, some thinking might have to be done. Maybe we will just follow the rainbow.. 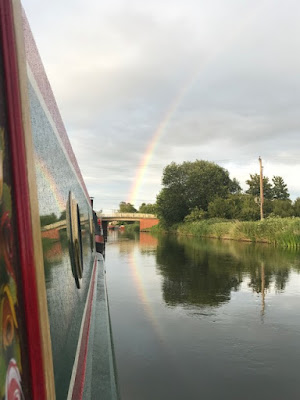