We were up early (5.30am) and Del set off downstream back to Mapledurham lock. 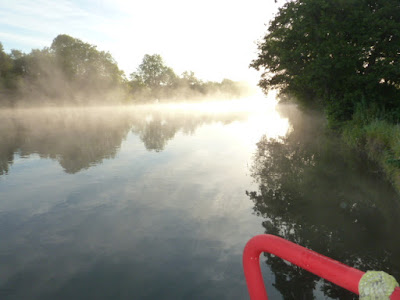 It was such a misty morning, but so pretty. 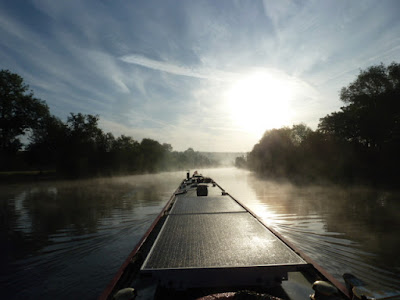 The mist was just on the Thames and it only cleared as the sun got high and we got to the lock. 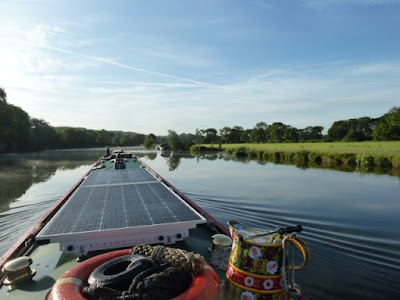 We used the water point again as we had the knack now, and got rid of our rubbish.. 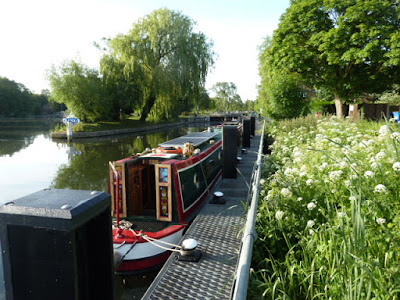 The locks were self service but the electric was on which made things easy. You then go into the wooded Thames section. 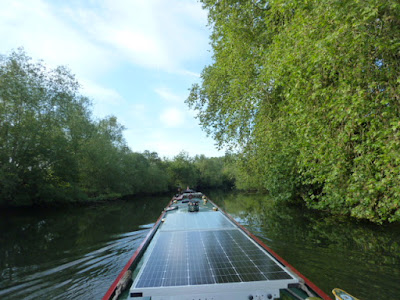 It was clear all the way to Reading and with bacon butties in hand what could be better. 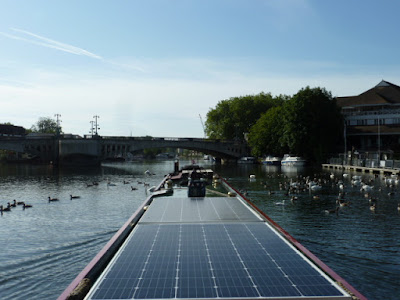 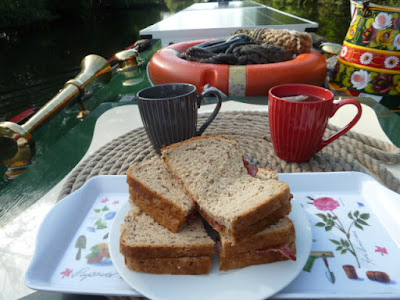 We got to the lock at Caversham and again the electric was on so we did it easily, just before the locky turned up. 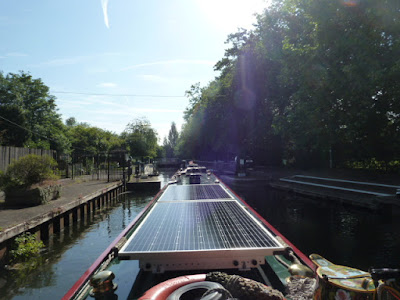 Talking of turning, we turned onto the Kennet and Avon and headed for Reading town centre. 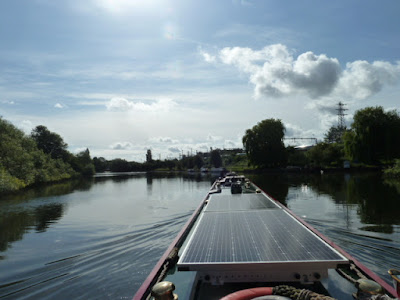 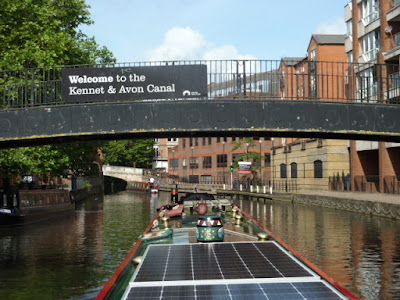 We had a lock to contend with first and the gates had been left open so we were soon on the rise.. Going through the town is a fantastic experience, but at 8.30am things were very quiet. 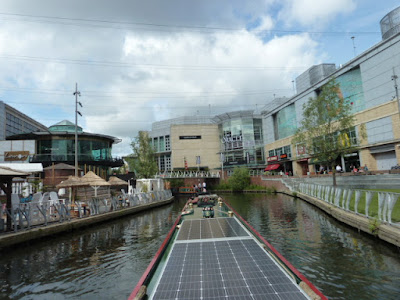 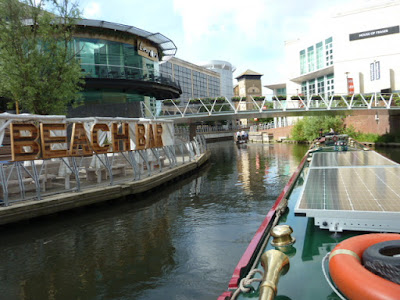 We were very lucky as another boat was in front of us and set the lights, and then got the next lock ready for us as they were waiting for another boat.
These first four locks are very tricky going up as they are a bit fierce and its difficult to hold Derwent6 as the water gets behind it.. 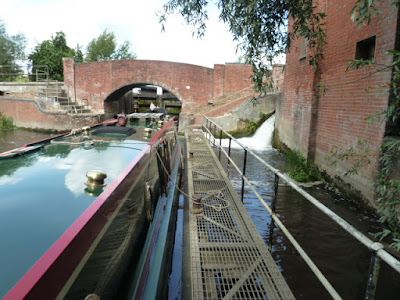 In fact our centre rope nearly snapped and we had to replace it. 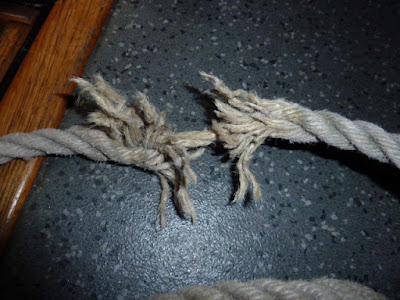 It didn't help that on one lock landing Del jumped off and left Derwent6 in reverse so had to quickly tie it to a bollard and jump on.. This taught us the lesson of more hast, less speed, and things went better after that. This canal is very pretty and we were reminded as we took the twist and turns through the meadows, even avoiding the odd fallen tree. 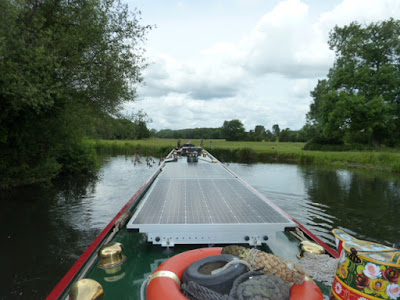 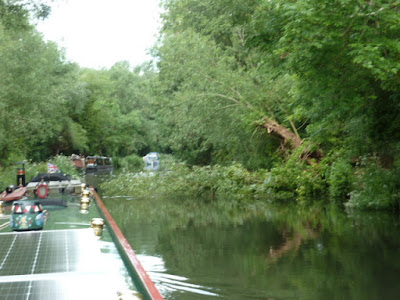 They have some very different locks on this canal and a bit of touching up has to take place after most days. 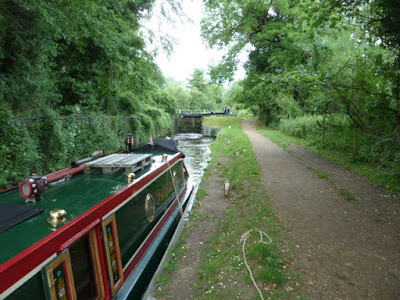 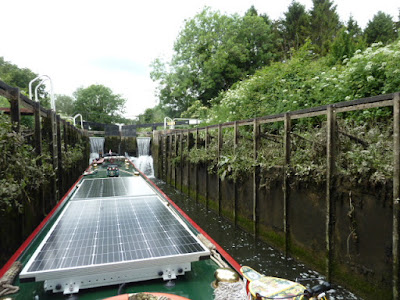 We soon got to the swingbridge at Theale and found a nice mooring, but no telly signal here. 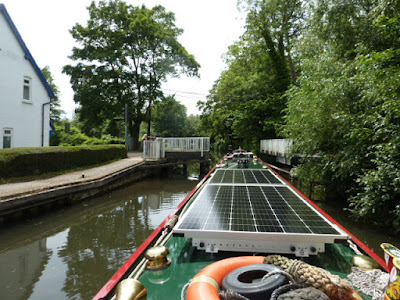 We plan to sit tight for a few days now and let the bad weather pass us by. 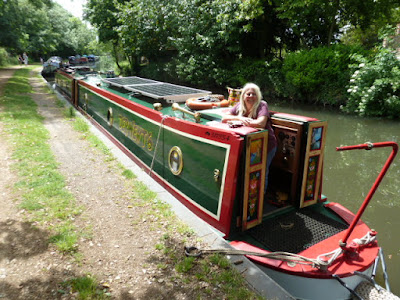 looks sunny down there. here at gt haywood rain started Monday and it ain't stopped. stay safe on Thames as we got caught in floods on it

Looking forward to following your journey along the K&A as we did it back in 2015.
It was dificult to pass the widebeam boats we encountered as the canal is shallow and narrow in places.
However it was quite beautiful and we enjoyed it, but do take care!
K&A xx