Leafy lane and a fisherman's friend

We set off heading back north on the Grand Union, and the good thing was that on our day of leaving we had our number taken by CaRT, Hurrah! We did wonder why there had been so much boat movement the day before, but most of them only moved a bridge or two lol!

We carried on and soon hit a path of golden leaves and the prop cut through it with ease. 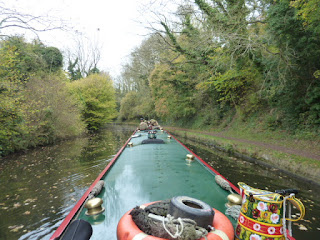 Just a small knock it out of gear and the leaves fall off the Axion. 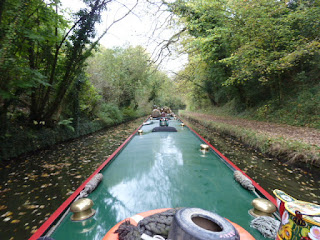 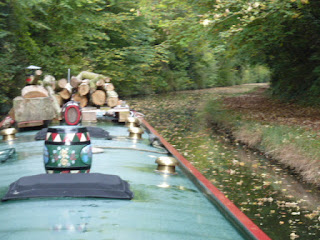 After our long stop we were a bit low on water and had to stop at the top of the Marsworth flight. Guess what? it was lined with fishermen taking part in a competion.. "We need to get water guys" Del shouted and with a huff and a puff the bridge didn't fall down, but they did scurry to get their fishing nets out of the water.. 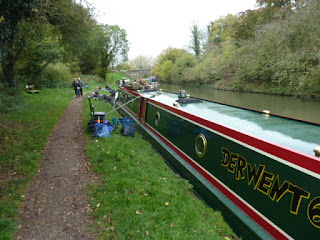 Derwent6 has a big water tank and when its empty it takes a while to fill up, about an hour in fact, so by the time we had finished two of them had decided to move, and thought being on a water point was not a good idea..
After a nice cup of tea and a cheese scone we got on our way again. 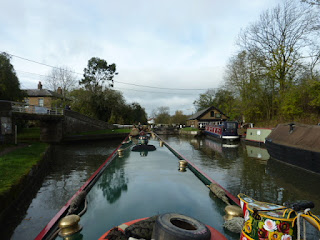 The wind had got up a bit but it didn't cause a problem for us. The locks were easy going down and we soon got to the junction at the bottom. 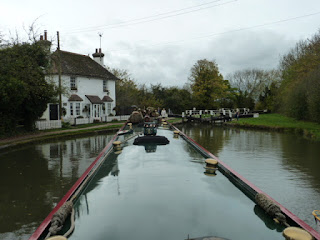 In one of the locks this little fella was looking for a way out, we left the gate open a jar so he could get back home.. 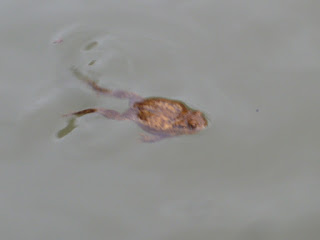 We then went past the Aylesbury Arm passing a lot more moored boats on the way. 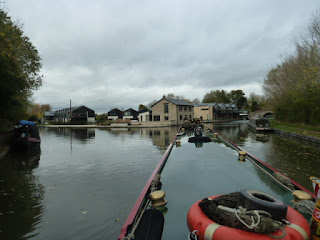 Then onto the last two locks at Marsworth. 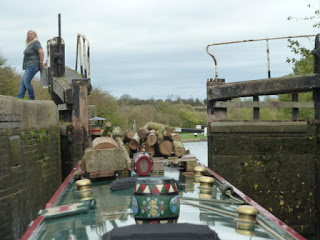 We then decided to keep going for a bit as the weather had brightened up a bit so ended up doing the Seabrook three locks. 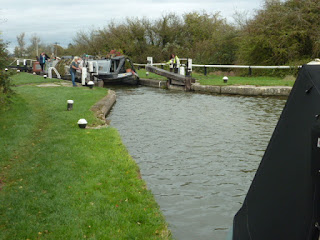 We moored up with some stunning views of the Chilterns. 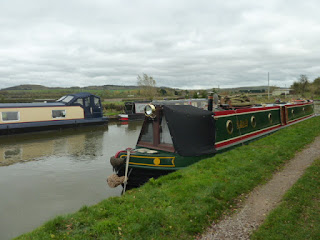 Exhausted from the day we chilled in the evening with the radio..
Posted by Del and Al at 9:34 PM