It was a bit difficult surfacing on the Saturday after getting to bed at 4.30 am.. We texted Maxine and Graham around 10.30am, and we got a reply "Come over for Breakfast" just what we needed to soak up those hangover blues..
Maxine had cooked a lovely full English with all the trimmings and we talked over what should we do today. Of course, drinking was involved with food of course. 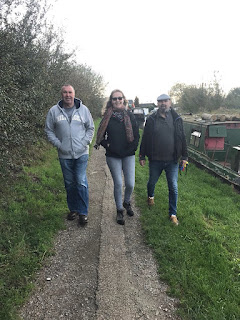 M and G had brought Ginny the dog with them and had to take her out for a walk, so we decided to walk to the Leighton Buzzard Brewery, the hair of the dog.
It was a brewery open day and they had laid on some music and a BBQ with some great beers.. 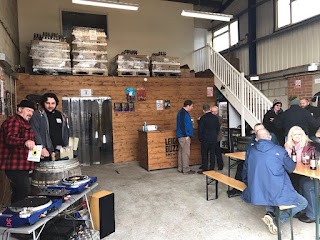 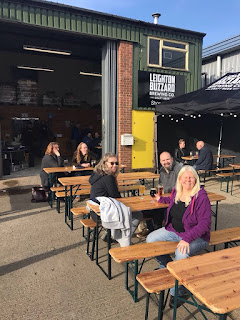 After that taster we walked into town and went to the Micro brewery The Bald Buzzard where we met Phil and Ali the landlords. 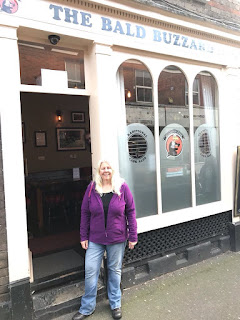 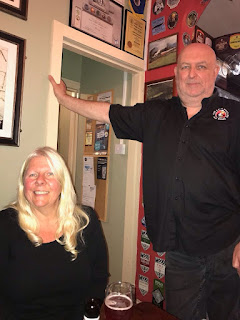 Ginny the dog got very spoilt with all the attention, as did the girls served tea in a china teapot. For the boys, more beer was drunk.. 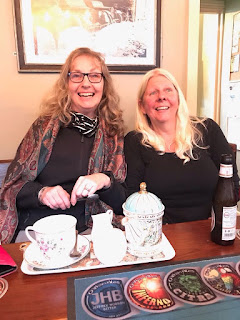 We then got very hungry and with the use of trip advisor and google we walked to a pub in nearby Linslade called The Ship, which did a carvery on a Saturday night. 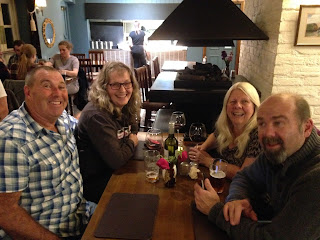 The food was fantastic and with only four hours good sleep and very full stomachs we headed back to Derwent6..  We just couldn't do another card session and decided we should all catch up on some sleep after the night before..
Posted by Del and Al at 9:33 PM

Morning hangover cure is best for those people which are suffering from hangover problem. Headache After Drinking are also helpful for hangover.

Great, you have shared best information about hangovers cures . I like second step, if we follow this steps and take Hangover Cure Drink then we get best result.