We sat tight at Stoke Golding for a couple of days and to be honest we didn't do a lot. It had been quite busy here with boats but saying that we didn't have many boats mooring with us as they were just going in and out of the Ashby canal..
We were waiting for Louise and John on n.b Ploddin' Along to turn up as the weather looked pretty good over the next coming days.. 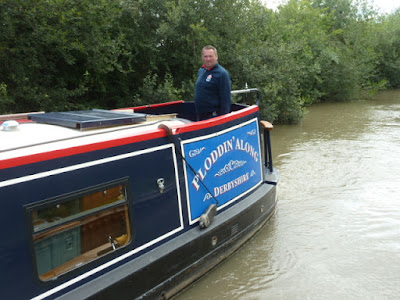 They arrived with their friends David and Sheena on n.b Tombee Too on the Tuesday and straight away the drinks and snacks were out .. It was good fun. 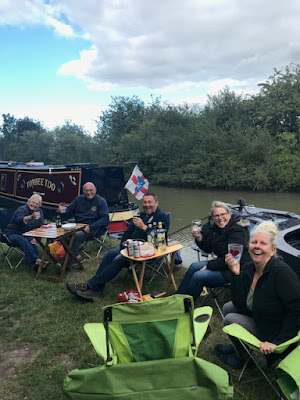 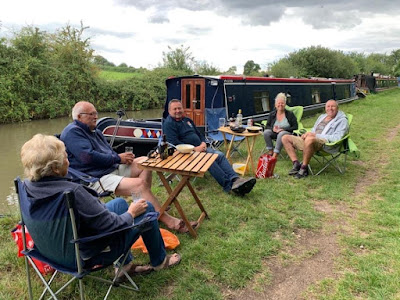 The following morning David and Sheena were turning round and set off. Al and Louise popped up to the farm shop and picked up some BBQ stuff before we decided to make a move.
We set off and followed n.b Ploddin' Along for the first mile and a half.. 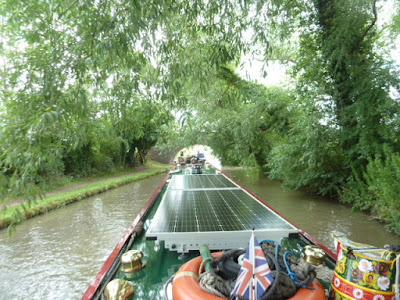 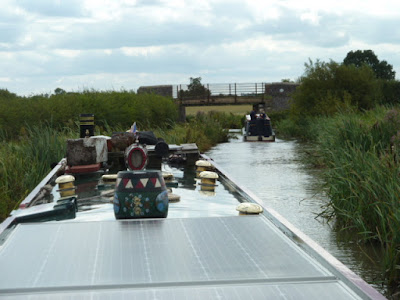 We then passed David and Sheena on their way back, on a bridge as usual, and ended up passing on the wrong side, but safety first!! 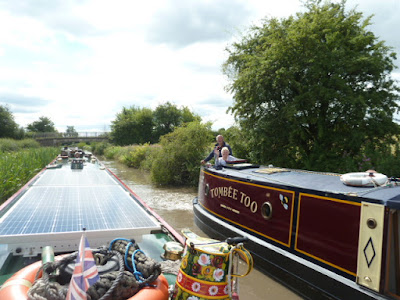 We got back to Sutton Cheney and we thought it might be a good idea to just top up with water as it is a fast tap here and to empty our rubbish.. 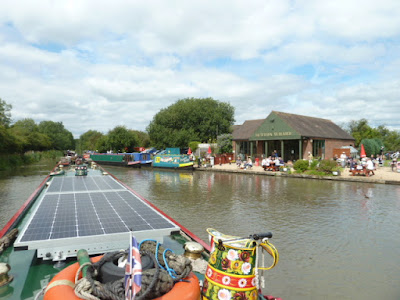 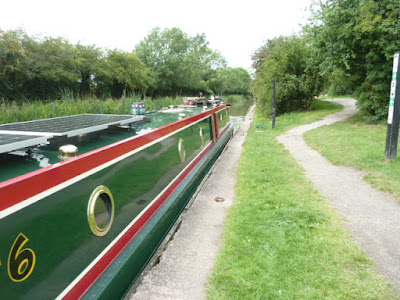 These bins are always full here and CRT were looking at ways to stop Joe public dumping rubbish at a boat facility. 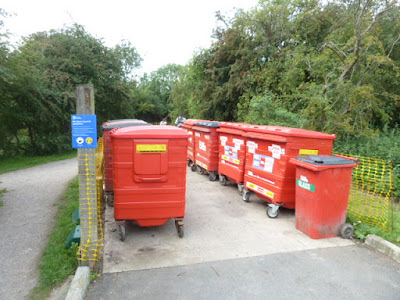 Progress had already started as the fence had been taken down, and lets hope they get locked now, so a CRT key is the only access to use them.. 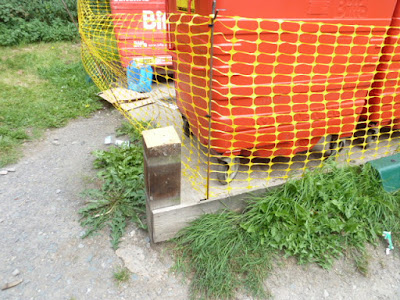 We were now 20 mins behind John and Louise but on this canal you just take things very slowly as it is very shallow in places.. 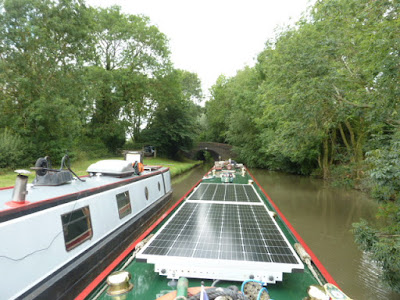 It is guaranteed that you will meet a boat on these shallow spots so be aware.. Our first hazard was a fallen tree which needed some careful manoeuvring to get through.. 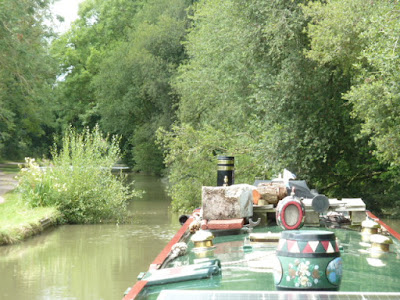 We then got out into the pretty section where we passed the old Morris Minor.. 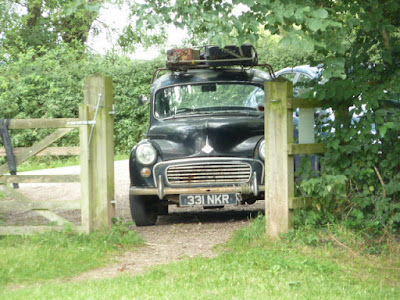 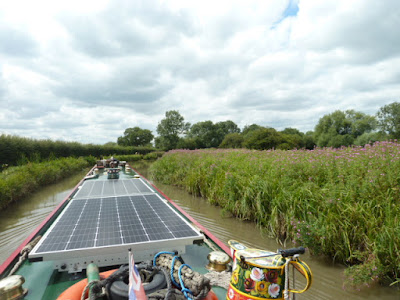 We then could see Ploddin' Along moored in the distance and pulled up behind them grabbing some shade from the tree.. 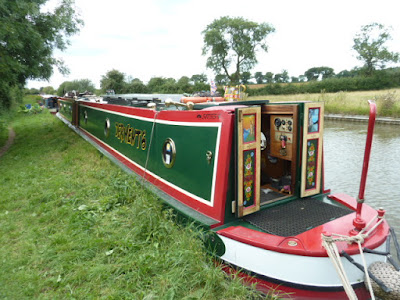 The chairs were already out and we chatted for the rest of the afternoon till the BBQ just had to come out.. 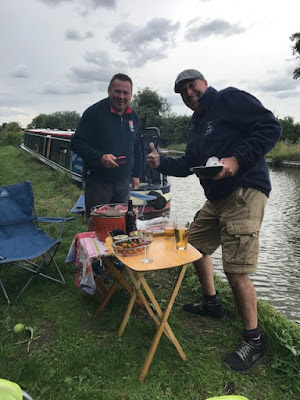 There was steak, chicken, burgers and farm sausages, oh and lamb koftas, it was lovely and the dogs did as they were told, smell it only!.. 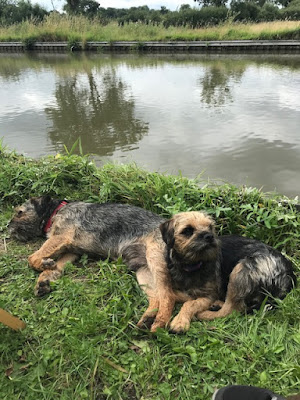 It was funny though, as we started the BBQ it started to drizzle but it was lovely and warm.. We ended up having to pack up at nine and it was an early night for us.. 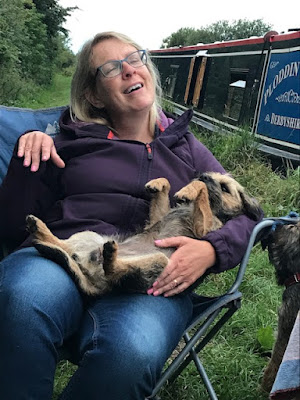 This is what boating is all about.sitting on towpath talking rubbish and bbq wine beer and song love it