Blazing hot but loving it

The water up the Ashby has been getting very shallow in places now with this dry spell we have had.. We are on quite a good spot and Derwent6 had made its place in the mud but we were starting to lean a tad.. We had a boat in front of us which seemed to be in a deep spot but we love it here so much we stuck with it.. The sunsets have been fantastic and the wildlife is so great you don't need a telly, oh and Tooty is in his element, and we are getting plenty of solar. 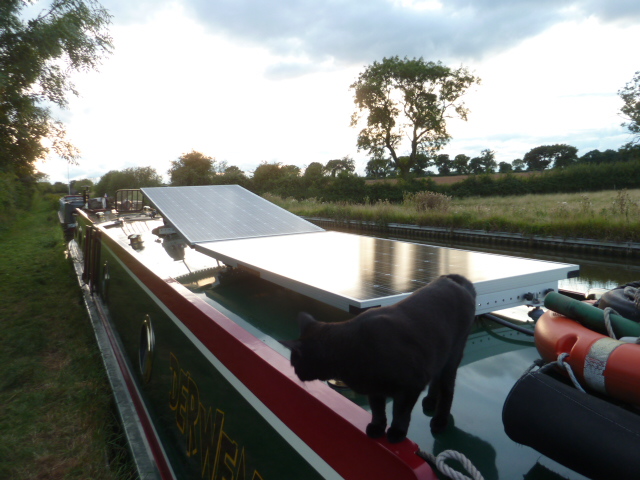 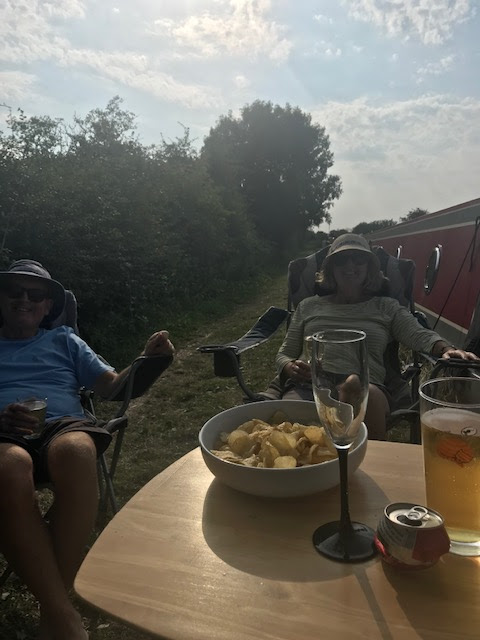 We had to pull Derwent6 forward and off of our settled mooring and we ended up mooring back up again with the back right out.. This wasn't a problem till the morning when the levels came back up and we drifted back in. We had all planned to go the the Horse and Jockey pub again and we were so looking forward to it.. It was very hot and we needed to post a letter, so Del went out on his bike to post it and incorporated a bike ride, not a good idea when it was so hot and water was not at hand..  Still he made it back, just!

We walked up to the pub, which takes 20 minutes, and had a fantastic meal with good company. We can recommend this place as the food is tremendous and worth every penny.

We were left on our own the following day as David and Lisa set off early (or sparrows as Lisa calls it) as it was another warm one and they wanted to get as far as they could before it got too hot.. The boat in front of us moved off as well and we stole his deep spot and we were now completely floating again. Storms were on the cards, but we didn't get them so the BBQ came out again. 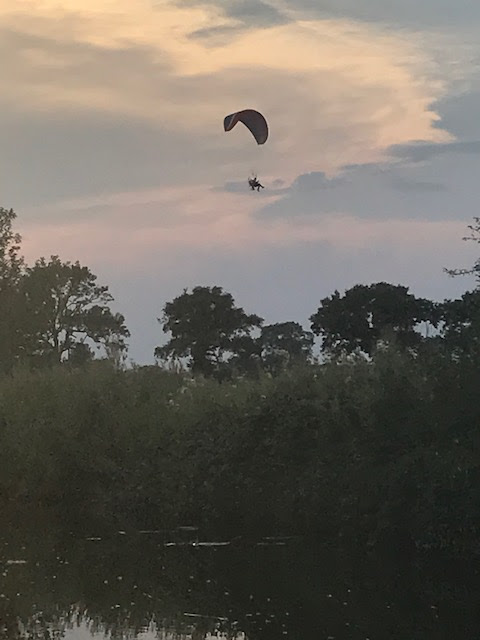 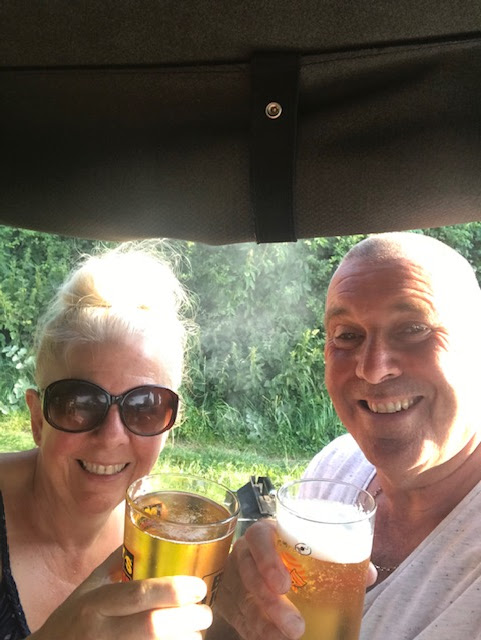 It was the perfect evening. All on our own, so we have Country Music playing from the doors of Derwent6 and the smell of Pork loin chops on the barbee, with a beer in hand, what is there not to like.. The following day was a scorcher and we were pleased of the shade we had, but we could see the storms coming.. 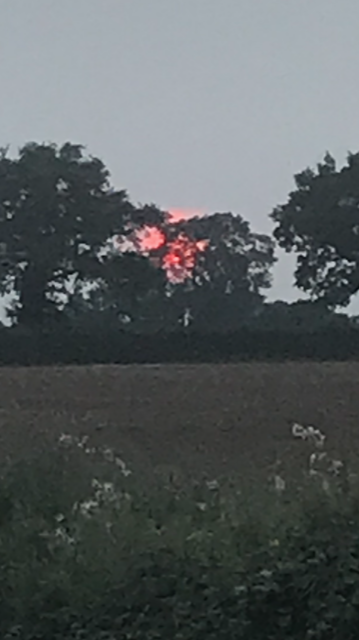 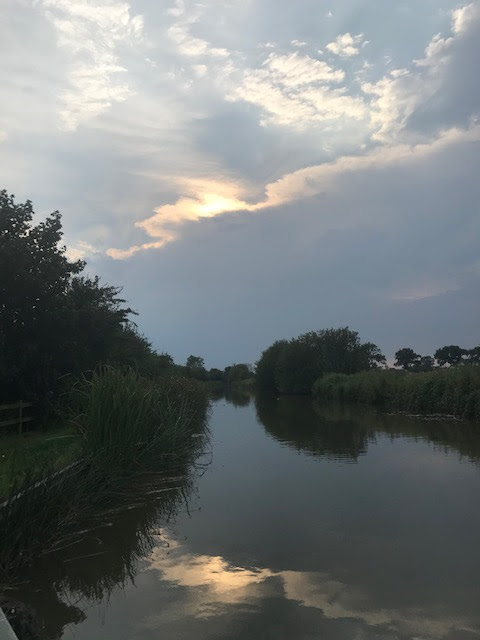 Sure enough it poured down but later in the evening We love this life!!!!
Posted by Del and Al at 3:07 PM

You should have a look at the 'nb FreeSpirit' blog, near the bottom of the page, for the CRT Notice about water levels on the Ashby... https://nbfreespirit.blogspot.com/2020/08/it-was-inevitable-he-was-going-that-fast.html

Hi Kevin, thanks, yep seen the notice. Hopefully this rain will help, you just have to have a bit of patience and take it slow.....