So here we were just outside Hinckley as our objective was to pick up Del's prescription from the local pharmacy and things worked out perfectly.. We walked the couple of miles into town and first went to the medical centre, as we had registered over the phone as a temporary patient. The prescription had already been sent to the local chemist where we collected it with no hassle. We stood in the two metre distancing boxes and then were called (with our masks on) to collect. 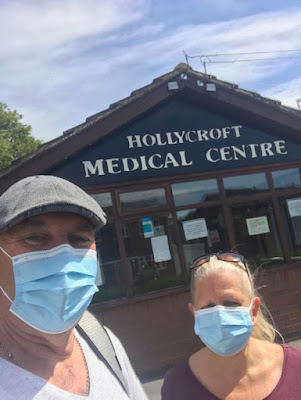 We did the same in Sainsbury's and Al picked up a few more bits we couldn't get from Tesco's the other day.. It was a good walk and a pleasant day so we were quite proud of ourselves when we arrived back at Derwent6..
We quite liked our mooring and stayed another day, partly due to the fact that the local marina was closed on a Tuesday and a Thursday, and we wanted to pay a visit.
The following morning it was raining to start with so we waited till the sun had come out and went on up to the marina.. 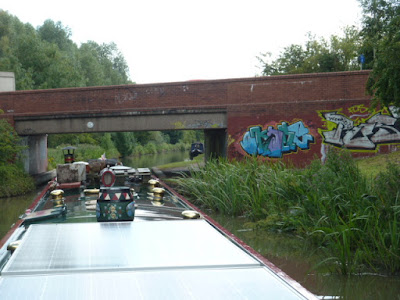 We turned first in the entrance and then reversed onto the pumpout moorings. Al put the mask back on and got a token from the office, again it was all well organised.  Its a good pumpout here and only £14.00 for 10 minutes so it was a job well done.. 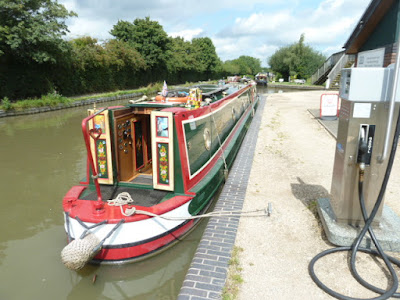 We then headed back where we had come from and just felt it would be quieter past the hire boat company here..  It is definitely a bit busier here now with the schools off.. 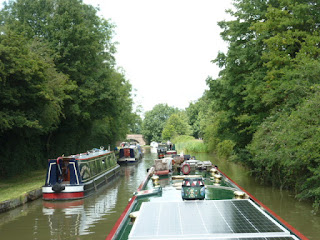 When we pulled up on the mooring at Stoke Golding, there were flying ants everywhere which we think had put people off the moorings as they were empty, but Al had a tin of ant spray to run along the gunwales on Derwent6 which soon sorted them out and kept them away.. 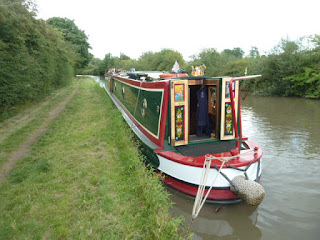 We like this spot because the towpath isn't right next to the Derwent6 and its easy to keep your distance from Joe public walking past. 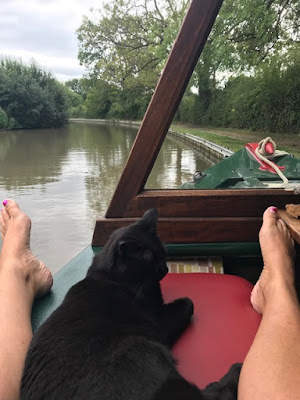