It was an early, early start this morning as we wanted to get through the tunnel before a wide beam which had a passage at 8.00am. We slid out the chains as quietly as we could at 6.30am, and pushed out before starting the engine with eyes like Greyhounds knackers.. 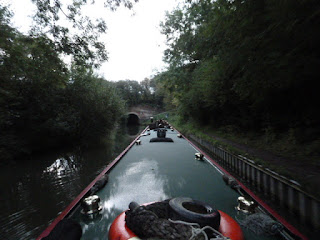 We sneaked into the tunnel and  Del's eyes turned into widebeam eyes, as we got through with ease, with the waiting widebeam ready to go at the other end.. 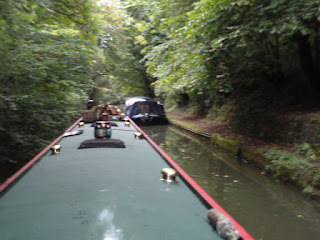 We then took the turn at a busy Norton Junction and made our way up to the locks at Watford. 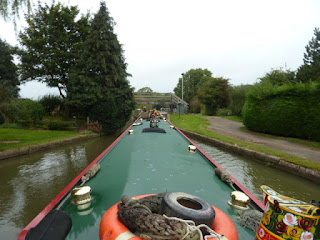 When we arrived a guy in a small mustard yellow fiberglass boat was just coming into the lock. The paddles were open and so was his gate, so he was draining the pound behind him.. Al shouted he needed to close the gate or we won't be able to go through, and with that he closed it with the paddles fully open.. BANG! the gate closed, nearly taking the guys legs with it..
He scurried out of the lock and jet skied past us..
As we entered the lock the lock keeper turned up to remove his sign saying "there was no lock keeper". We told him what had happened and he rushed up to let water down for us.. Things were fine till we tried to get out of the lock and the gate that banged shut wouldn't open fully. After a bit of TLC we got it open enough to squeeze out. 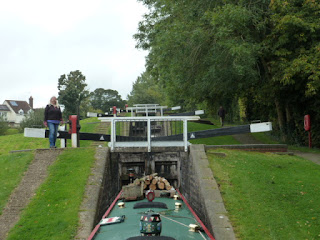 After that it was easy as the lock keeper had the locks ready for us.. We got to the top and found a nice mooring with a view.. 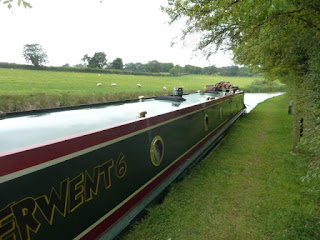 The weather was going to change at around midday and we were moored up by 10.30am, so more jobs were in order. First Del wiped the roof down with the drips from the tunnel and then went on the hunt for more wood. He found some close by and loaded up the roof till the drain holes of the cratch were just above the water level.
While doing that Del noticed some green in the cratch cover so used the Fabsil to clean it and also did the hatch and horn covers.. 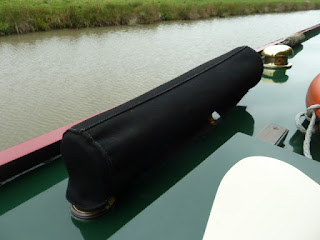 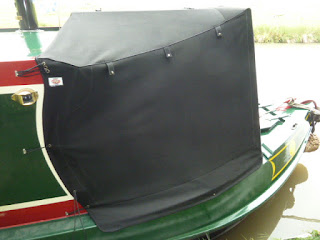 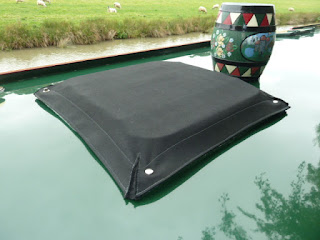 All this was done just before it tipped it down..
We had a nice lunch and Al finished it of with some lovely Date and Apple Rock cakes.. 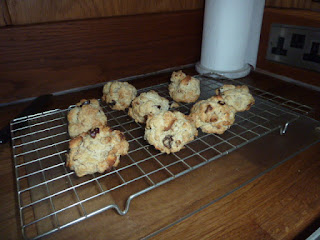 With all good signals here we chilled in the afternoon.
Posted by Del and Al at 8:11 PM