We pulled the pins from Polesworth at 8.30am and made our way towards Atherstone. We stopped to drop off our rubbish at Bradley Green and then hit the locks... These are also single locks and they normally have a bit of a queue to get through them.. They start in blocks of two locks and there are eleven to do. 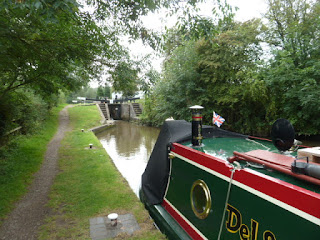 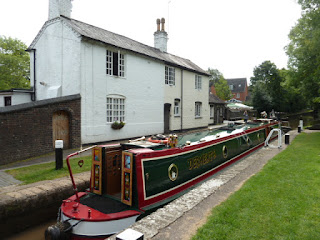 So it was a bit of a wait through the bottom half of the locks till we got to the last four where there were some very helpful volunteers who got the locks ready for us. Here we saw a foal which had just been born and was having trouble standing with its mother, a lovely sight to see.. 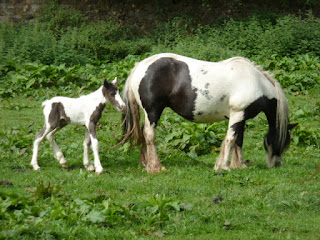 We got to the top of Atherstone locks and the weather got a bit chiller and cloudy, as we headed for Hartshill. 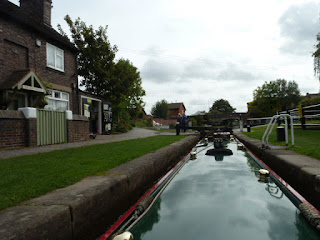 You could tell the leaves were starting to fill the canal as the Axion Propeller had to be stopped a few times to let the leaves fall of it, Autumn is on us.. 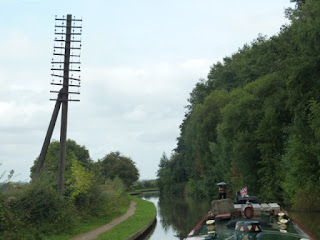 The canal winds it way through the trees and hillsides with some tricky little bridges to keep your concentration up, very nice cruising.
We then got to Nuneaton, and you never know is going to be like, but it was in fact a lot cleaner than it has been.. There has been a lot of housing development here and the gardens now go down to the canal, which has stopped people just chucking stuff in the cut as they have to now look at it..  We quite enjoyed it, though there was some remnants of an old rusty motorbike still sticking out of the water, so still work to be done here..
We passed the junction of the Ashby which now has a small section opened at the end towards Meacham. Problem for us is that it only has a 16 metre (50 foot) winding hole at the end, but we still love the Ashby and love seeing the progress they have made up there. 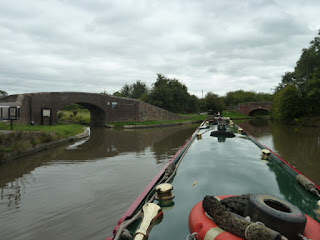 It was then on to Hawkesbury Junction past the old pumping station and then the sharp turn onto the Oxford Canal. 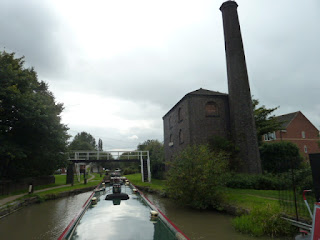 We did the small stop lock at Sutton stop and were lucky enough to see a mooring before the bend. Derwent6 fitted snuggly in and Tooty was off in a flash into the woods to suss things out for tonight. 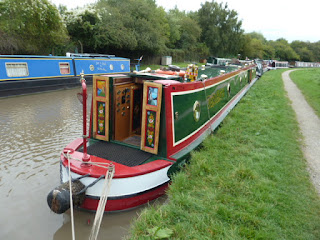 We had sussed things out too, as we soon got a shower and got ready for a pint down The Greyhound, the local pub. 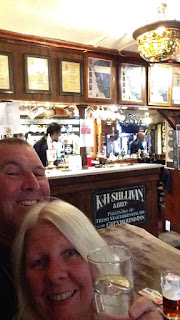 The food here is fantastic and we just managed to get in..  We only had a 100 metre walk back to Derwent6 where we crashed out.