In the morning, after not much sleep, Del had a plan.. and soon had the tank dropped down and could see where the leak was coming from.. Yes it turned out to be the pipe which had perished at the sender unit, but with no parts he managed to seal the pipe with a piece of brake pipe he had and a couple of clips.. The problem was the pipe was so bad it could split at anytime in another place..  Do we get recovered back or take a chance driving the car back down the M1?.
We had a 70% chance we could make it or £250.00 recovery charges..  We took a chance!
After loading the car up we got to the gates again in the marina. A quick look and no drips, so we went for it..
We managed just to get to the garage, as we were nearly out of fuel, when Tooty was sick on the way.. On filling and cleaning up cat's sick, it was another look and we only had one drip. With the car filled with fuel we had no choice now and if we could smell petrol we would have to stop and call the recovery out..
We took it easy to start with and no smells, and slowly got more confidence with it with our finger's crossed.. It seemed to leak when the car was at idle so we just made sure we kept moving and we did all the way to Kent luckily!
After unloading we knew a guy in the village who did car repairs.. Dave Carter. Del gave him a ring and he said he was busy, but would pop round later and have a look for us.. Well he turned up and before we knew it he had dropped the tank and renewed the pipe which went round the tank and down the side of the car. It was getting dark and starting to rain,  but he got it all done in an hour and half. He was brilliant and such a nice guy and to top it all, he only wanted sixty quid including the cost of the pipe.. 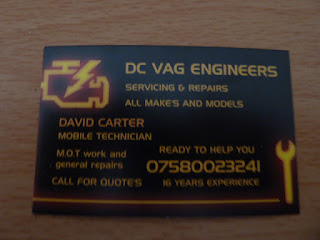 So we were well made up after being so depressed last night..
The good news is that we have got our first stage of Probate through already, (which we know can sometimes take up to eight months), so things are moving..
Our plans are to get the house in Kent sorted and then move back onto Derwent6, popping back to Kent when we need to, although Del is due to have a knee operation soon which could scupper things!
Posted by Del and Al at 8:47 PM

I have read on other blogs you are back on the cut, things can't have been easy for you over the last year or so, so am glad to hear your back. Hope it's not too long before your back to blogging, I and I'm sure many others enjoyed reading your blog. Take care and enjoy your cruising.
Judith nb Serena