We woke up to ice on the canal again and needed to make our way back to the marina Uuucckkk!
After getting rid of the rubbish at the disposal point we sat and waited for the ice to melt, then the boat in front of us decided to go. Touch! we thought, he should pave the way through the icy sections. It was very cold, but beautiful clear blue skies, just great for cruising.. 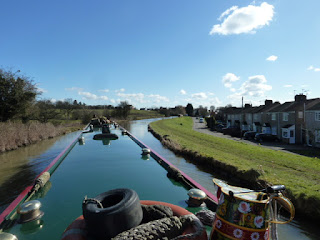 We took our time and although we saw some ice it was so thin it never did any damage to the bow of Derwent6.. We passed some of our friends on the way and Tooty was making some new ones.. 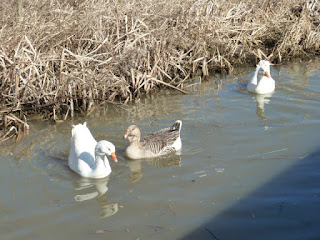 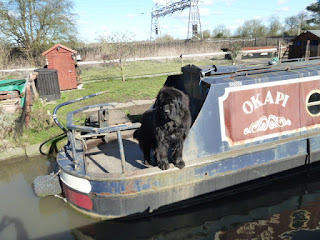 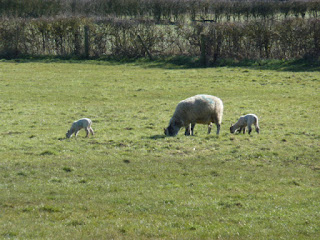 We plodded along for two hours and never passed a boat, and then we met three and always in the thinnest section of the cut.. We grounded a bit on some rocks, but squeezed through.
We soon got to Roses hire boats and dealt with the little swing bridge there.. 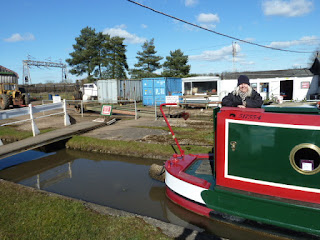 We just love days like these when things are just like a dream and you're really living it! You just feel like the trees are talking to you as you pass under them, 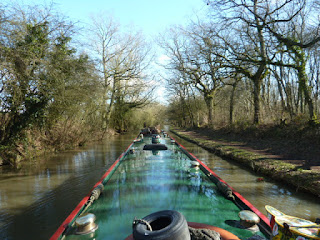 and the wide open sections, where you feel like you're travelling on a mirror sliding through the green rich fields of the countryside with just the sound of the birds, sheep and the Beta engine purring under the stern deck.. 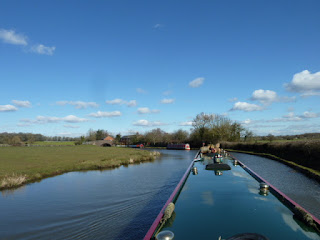 We turned straight into the marina and on to our pontoon with ease and tied the ropes with a big sigh! We had run the food down low so we had nothing on board and the plan was to go and get something in the car and tomorrow go to see Del's Mum..
Wrong! all good plans never work do they..
Del went to get the car out of the carpark and we then though we would go out and have something to eat.. We had also planned to get some things done on Derwent6 which we will tell you about later..
We got to the gates of the marina and Al could smell petrol. On inspection Del saw petrol pouring out from the tank area and we knew we weren't going anywhere.. We turned round and got back to Derwent6. Del had all his tools there and jacked the car up to have a look at where it was coming from. It looked like it was a feed pipe, but it was leaking from the top of the tank area and covered in underseal..  The fuel tank had to be removed to see where it was coming from and it was now getting dark, time for a think!
By now we were starving and Al tried to get a takeaway pizza from somewhere, but not one of them would deliver as far as the marina.. In the end she found a Indian restaurant that did deliver and after an hour we walked to the gates to collect it.. It was lovely having a takeaway on Derwent6 something we hadn't done before, believe it or not!
We were now pondering over 'what do we do now', an expensive recovery to Kent seemed like our only option and then an expensive garage bill when we got down there.. Lets sleep on it Del said and with our bellies filled we crashed into bed..

Don't be away too long this time ;)
Rog and Jane
nb Paneke