All viewing the situation

Wow it was so windy last night and the cat was going mad, so not much sleep for us..  Tooty ended up sleeping with us as we think he might have been a bit scared.. This cat is like having a child!
When we all surfaced in the morning it was a lovely clear blue sky and the sun was streaming through the windows.. Funny but Tooty didn't want to move then, snuggled up in the duvet..
On looking outside, Derwent6 was covered in leaves and twigs, and a clean up mission had to take place..
We planned to move today, and after a long chat with a fellow boater, it was time to set off..
It was lovely in the sunshine but the weather soon turned cloudy and colder as we headed towards Hinckley..
We had no problems as there was now plenty of water in the cut due to last nights weather and we soon passed the Triumph Factory. 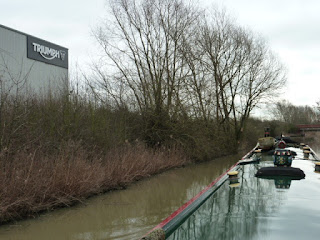 We headed on past Trinity Marina and then just got under the low bridge. 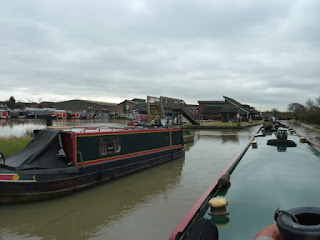 It was nice to see the new houses again on this stretch..
Here is our view.. and then Tooty's view.. 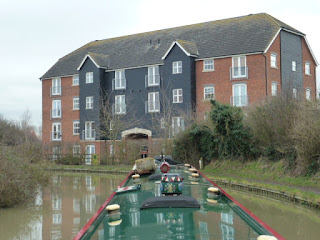 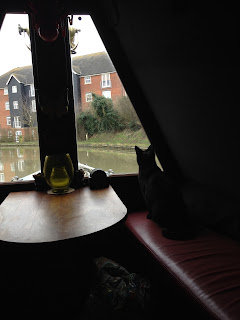 He ran in every time he saw something new like a horse or sheep and even another boat coming towards us, all new to him..
This canal is so quaint when you get out into the countryside.. 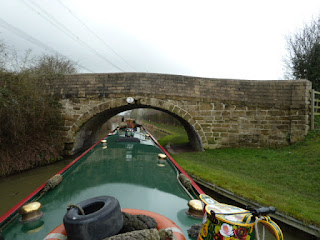 We spotted some wood on the way down through the next couple of bridges and stopped to pick it up on the way back.. yep we were a bit heavier but we will be warmer. We found a lovely mooring at Burton Hastings.. 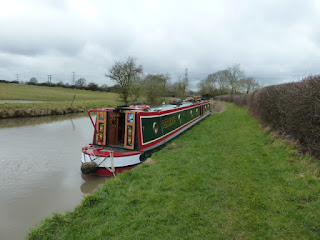 We had to post a couple of letters so after a cup of tea and some lunch, we set off towards the local village.. There is a lot of history at Burton Hastings with it's 14th Century church. 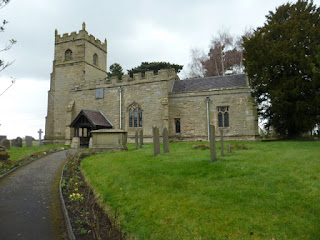 We posted our letters and then tried to get in the church, sadly it was locked but it was interesting looking round the graveyard.. 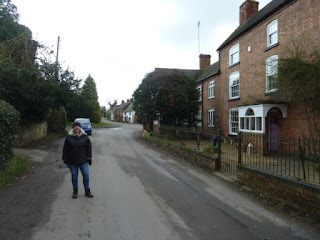 We walked back and then let Tooty out . He just thought he had better go along the gunwale for safety and he made the wrong decision.. He slipped and fell down the side of Derwent6 banging his leg on the alcove and dipping his tail in the water.. he came back with a sorry look on his face.. Nothing a good lick won't sort out..