We were up early this morning as we wanted to get to Braunston for a pumpout. It was a lovely sunny start to the day and as we pulled out of Rugby we said our goodbye's again to Gary and Beryl on n.b. The Answer. It was very cold as we made our way up the Hillmorton three locks. 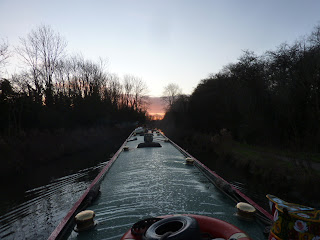 We soon hit the Barby straight and through the countryside into Braunston. We were breaking ice in a few places, and it was a good job we passed Gosty the coal boat, who was fully loaded, and had broken the ice for us. 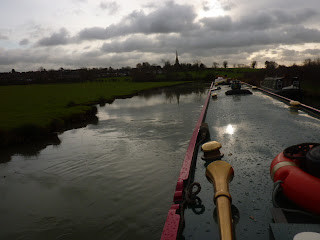 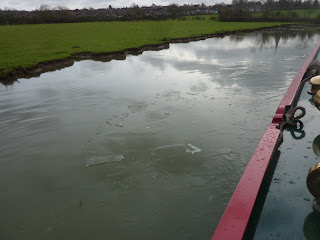 We then passed a few boat bloggers in the village but couldn't stop due the the waste tank being right on it's limit's. 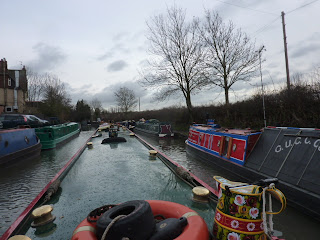 We pulled over and topped up with water before we turned into the marina with a sigh of relief and emptied our tank. 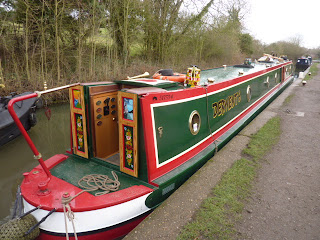 The light is now against us, as it's coming up to the shortest day of the year, but we decided to go up the Braunston flight of six locks which were all against us. 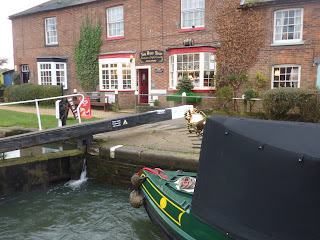 We then went through Braunston tunnel (and it did get dark in there) and it got our eyes used to the light when we came out the other side. 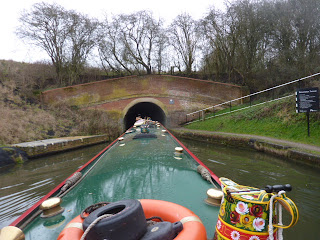 We quickly found a mooring and managed to get a telly spot.
It was a good days cruising, but it still knacker's us when we do a full day. It must be being out in the air!!!! We crashed out on the sofa getting in the Christmas spirit with a few drinks.
Posted by Del and Al at 7:05 PM