Six for Gold and we need water!

We have been static for two weeks in our spot and to be honest we have loved it.. 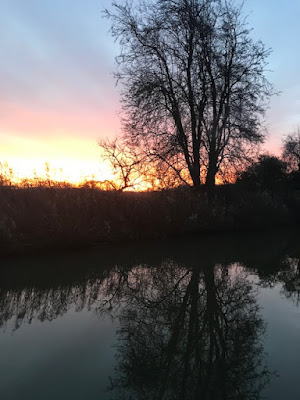 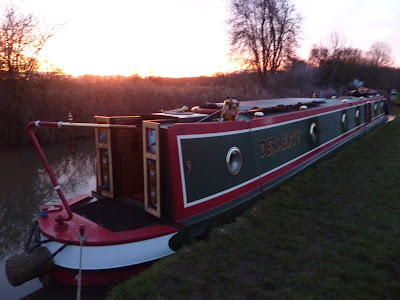 The sunrise was just poking out over the trees as we set off with the bow sticking high out of the canal. The first thing we noticed was how silted the canal is, as the stern dug into the leaves and mud making steering tricky. But after you get over it you get that tingling feeling of how good it is to be cruising again. The trees are so naked at the moment but it looks so different, like you're on a new canal. 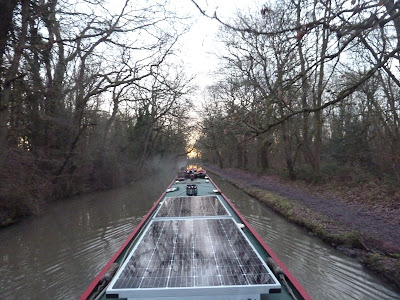 We made our way back towards Rugby and things were so quiet, as you expect during a lockdown. 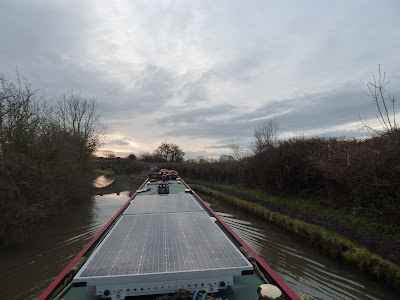 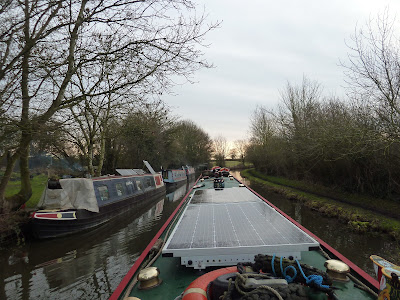 We soon arrived at the tunnel and still hadn't met anything. 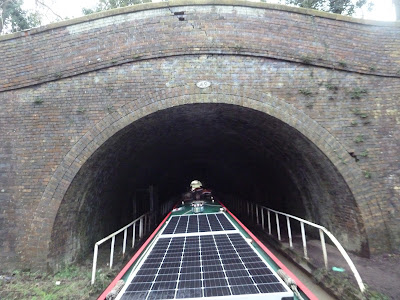 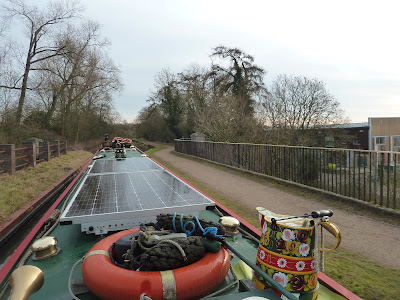 Newbold was empty of boats, and we soon got to Brownsover and the water tap, which was a bit of a relief as we were on our last dregs of water. 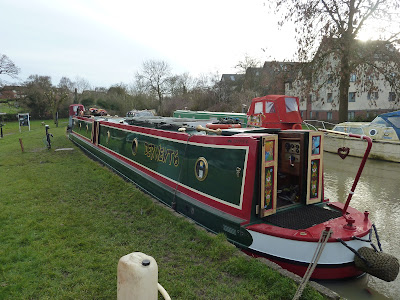 So much so that Al couldn't even do any washing on the way. We filled and also emptied our waste tank and Al put on her protective mask to go on a shopping top up. It is now one person at a time and it was a good time to go as she walked right in with no queues and sanitized.  Most of the people were staff doing either click and collect or home deliveries. When she came out there were eight cars waiting for the click and collect.. Del on the other hand had done what he needed to do and even got rid of the rubbish and had started the second washing pile, and had time for a shower. He met Al walking back with all the goodies to see us through the next couple of weeks, and we still hadn't seen a moving boat. We had three loads of washing to do so now we had water the washing machine was going like billyo! Using the w/machine while cruising takes 10% out of the batteries as it does its cycle on a 40 degree wash. So as the engine is running, it is charging as we go, so it tops our batteries back up.. You can also pour a hot kettle of water into the machine before you start it to reduce the heating time.

We carried on towards the bottom of Hillmorton where we turned where we always do. 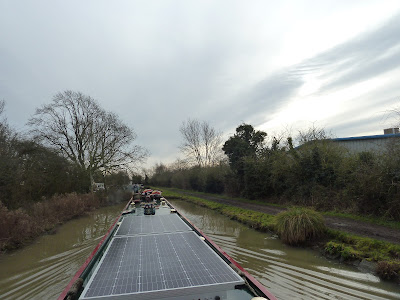 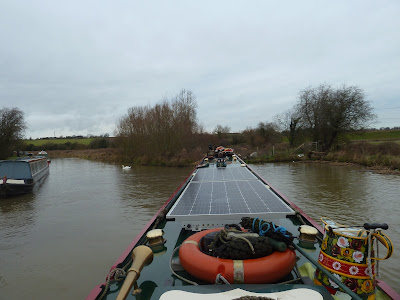 One wash to do and it was all going to plan as the buzzer (saying the washing had finished) came on just as we got back to the water point we had left an hour ago. 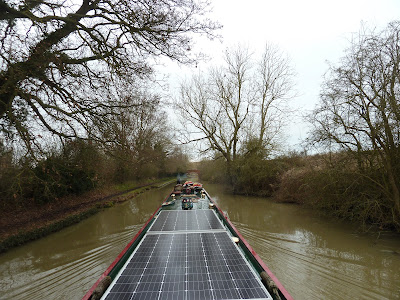 It was a quick top up so we were full again. 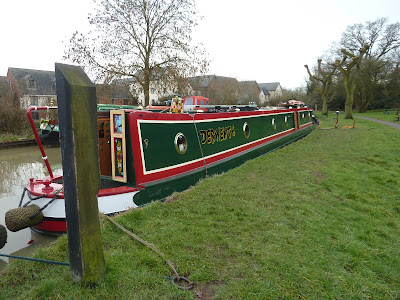 We then headed back to the tunnel and our lockdown mooring.. 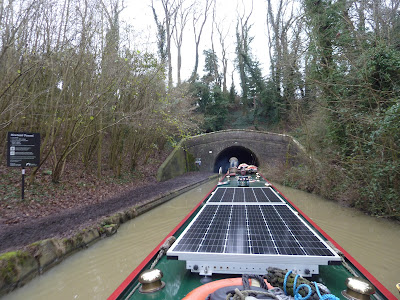 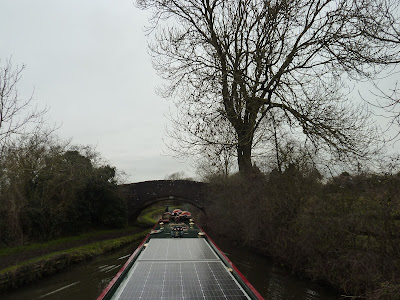 Things we going great as the forecast said rain for 4.00pm and we met our first boat.. Like I said it was very shallow and passing could be difficult so we stopped to avoid any wash.. As the boat passed it lost all its steering in the silt and power was not the solution as they ploughed into the trees behind us. 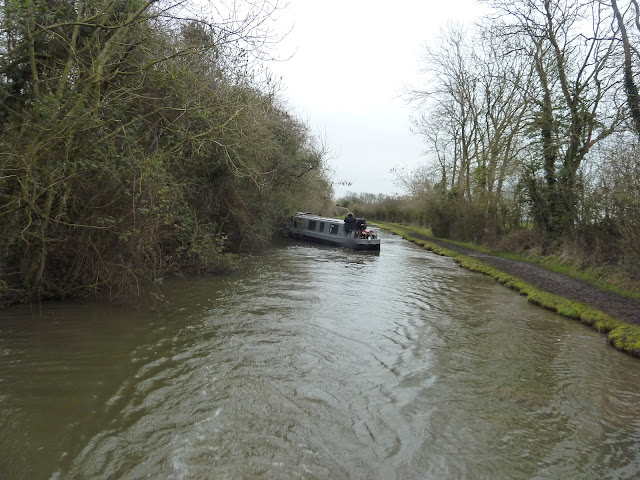 We then went round the corner and another boat was across the cut off of its moorings and Al had to push it back towards the bank as its owner tried to get it back without a centre rope, it never gets boring cruising.. 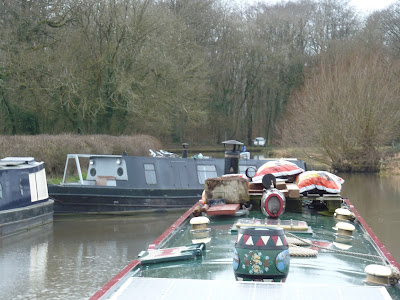 Luckily our mooring was still free, lets be honest we only passed one other boat all day so we wasn't surprised. 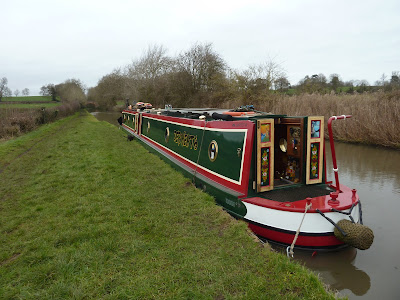 Tooty was though, he thought he would be in new territory and we were back in the same place. Us, we were very snug knowing today had been busy but satisfying.. 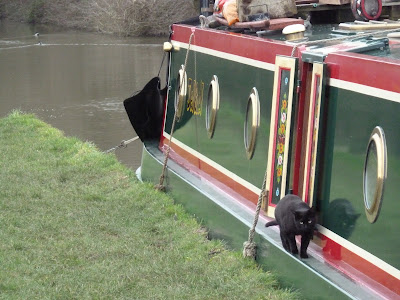 Al had cooked a lovely chicken dinner on the stove and it was just the warming treat needed for such a successful day..  Maybe it was the six magpies we saw in the tree yesterday. 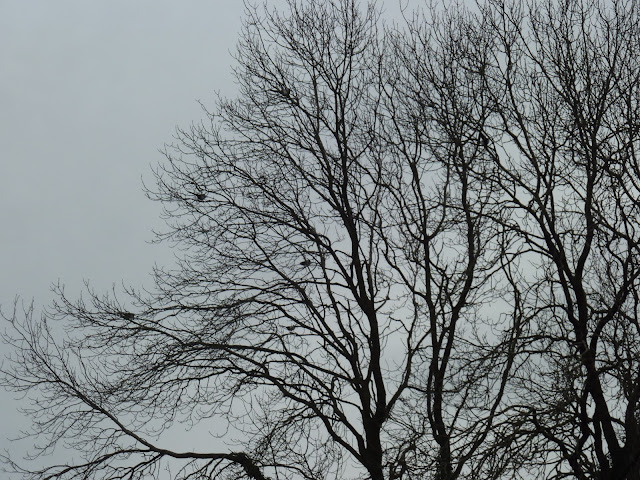 Keep a lookout for nb Stronghold moored at Rugby next time you go to the waterpoint. She is the second boat in the Rugby Arm and visible from the main line. I always wind in the short arm north of Clifton Cruisers, but then she is only 50ft.However, I imagine you would welcome the longer cruise to Hillmorton, just to get out for a while. I don't suppose you remember that I first contacted you way back in 2010 for information on the Axiom propeller that you had fitted to Derwent6. I bought one early the following year and have never looked back. Unfortunately Alan Watts closed down a few years ago. He did all the early engineering work in the garage at the side of his house, much to my amazement when I visited him.

Our washing machine is plumbed in to the hot feed. We usually put it on when we've been cruising for at least half an hour. It hardly needs to heat the water any further, so there's minimal drain on the batteries.

I always fill the washing machine through the soap dispenser drawer with hot water from the tap. Saves the time the machine takes to heat the water, and the power to do so. That was what the previous owners did and it seemed like a great idea to me, given patience is NOT one of my dominant characteristics!

Next week we are heading off in the motorhome for 3.5 weeks in the South Island - will think of you as we do, just as we think of Irene and Ian and their trips here.

Big hugs to you both, Mxx

Hi guys! Have been really enjoying reading your blog :) We are continuous cruisers currently on the River Lea - we are thinking of switching to Lithium batteries and wondered if we might be able to ask you a few questions about how you've found them over the winter months? We, like you would be charging from solar and the engine alternator and we just wondered how your alternator has coped through the winter. Not sure how to message you (other than here). My email address is beckymallison@hotmail.com it would be wonderful if we could connect with you to ask for your advice on your experiences :) xxx

Hi Ray, will look out for nb Stronghold next time we go through in a couple of weeks time. You're right, the Clifton arm is a bit tight for us, and as you say the chance to cruise is welcome. We've always been happy with the Axiom prop, glad you have been too. Alan was always so helpful and knowledgeable, amazing what he set up. Take care and stay safe

Thanks Halfie, good idea, sounds like that works well.....

Hi Becky, thank you! Have sent you an email. Ask away and hope we can help x