We haven't had many updates on what is going on with Derwent6 because like everyone we haven't done a lot, but one thing for sure we haven't been bored.. 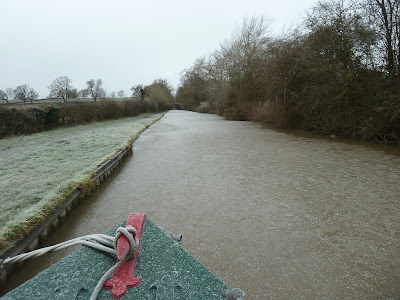 We were iced in for the early part of the week, but then it did turn slushy and it wasn't long before a boat passed us as some were desperate for water or other services.  On the Sunday they said we were going to get snow and Al was very excited as it gives you a lovely feeling of a proper winter.. In the morning the black clouds closed in around us and solar dropped to zero as did the temperature. 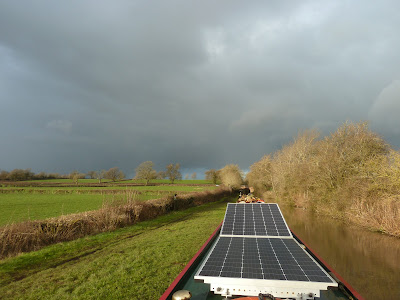 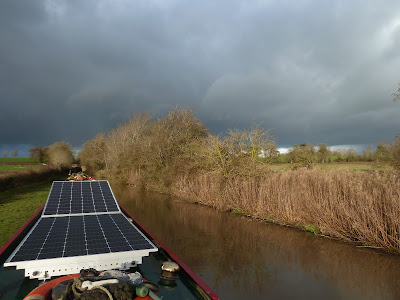 We then got our first sprinkle and things turned white as it turned to heavy snow. 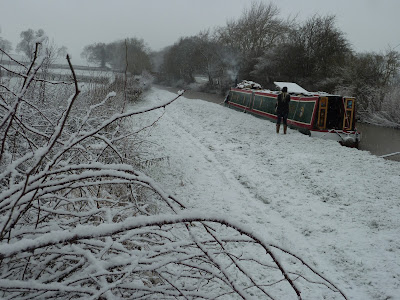 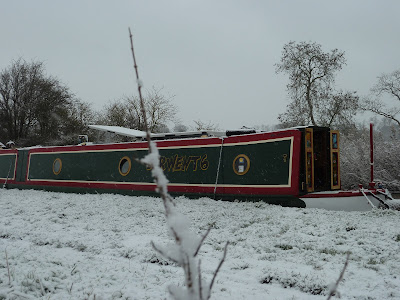 This lasted about an hour then turned to light snow for another two hours. 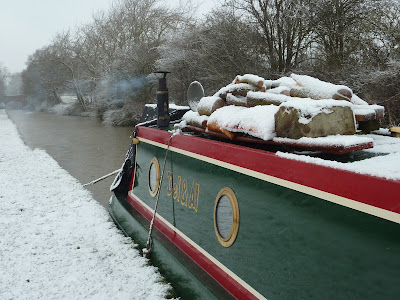 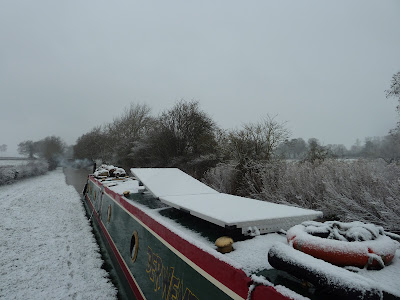 We have to admit we are in the right place and the scenery was fantastic.. 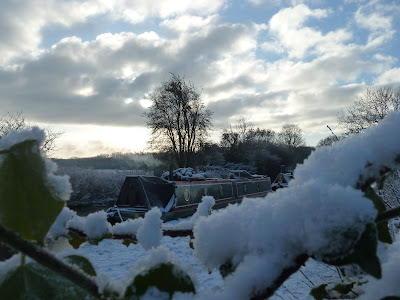 We don't even need to go for a walk as we only have to look out of the portholes..

For two nights on the trot we have had minus six and the canal has frozen with snow on top of it.. 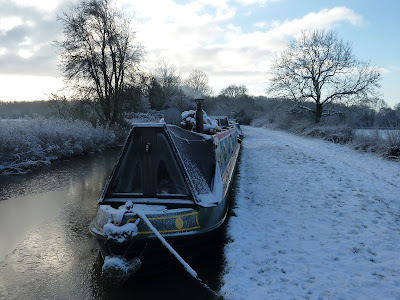 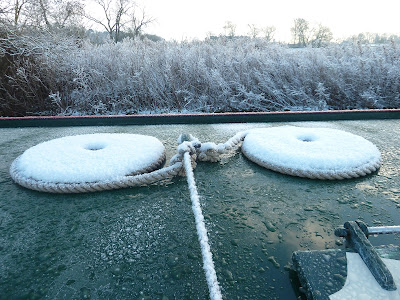 It has been a bit of a challenge to keep the batteries warm for charging, but we seem to have it sussed now with the little 40 watt heater we brought.

On the Monday we had lovely sunshine. The canal was a picture and it was a reminder why we like winters on the cut.. The logs were going on the fire and we kept nice and snug. As the snow melted Del wiped down Derwent6 and did the brasses getting a bit of vitamin D. 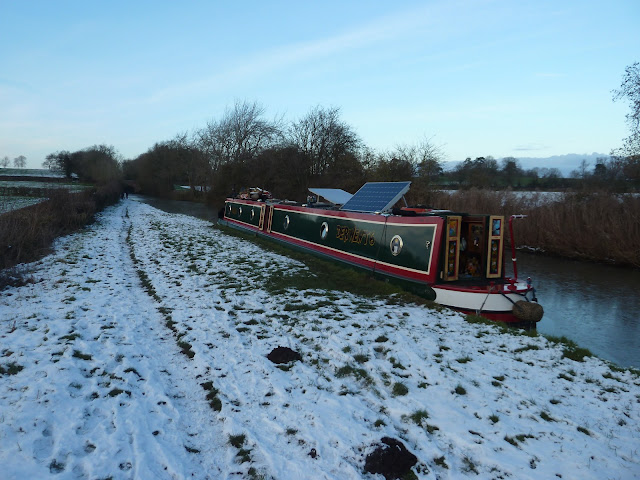 Notice it hasn't stopped the moles doing there business, but Tooty is grateful for an outdoor litter tray..
Posted by Del and Al at 4:33 PM

Such a delight to read such positive posts
Hope to catch up with you one day hopefully when we return to our Narrowboat and the majic of the canals. Jennifer and Peter nb Mactra's Filia' - presently in Tasmania. Keep Safe

Thanks Jennifer, hope to meet one day on the cut. You're definitely in a warmer place that us at the moment! Lets hope we can all start travelling again in the not too distant future. Stay safe x

Hi Ann & Keith, Thanks both. Tooty goes out for about half an hour at the moment, then scurries back in to sit by the fire!! Haven't spotted any water voles yet, but they might show their face as its gets warmer next week x