Making the most of the day

We were up early this morning and Del got rid of the rubbish and also needed a bolt at the chandler's. Al walked up the post office to post a letter and then we set off.
After all the bad weather we had had, it was quite warm in the sunshine and very pleasant cruising. 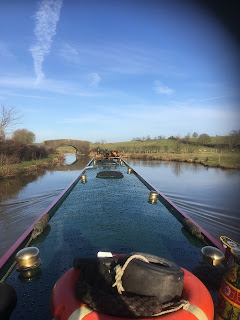 We made our way back towards Hillmorton and as the clouds seem to gather in it got a lot colder in the picking up winds.. 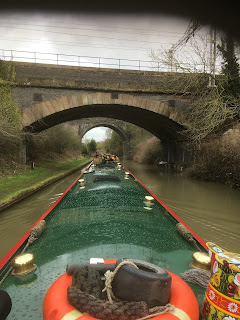 The locks weren't in our favour and Al had to fill them, but we soon caught up with a boat in front of us which turned out to be a familiar boat "No Problem" who had just fitted a new cover to the stern. 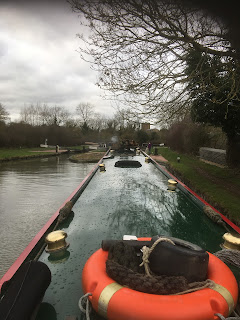 At the bottom of the locks we filled with water. 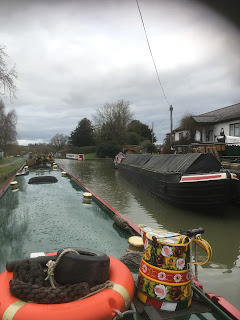 This tap is so slow but we felt we just needed to top up a little as we had done a lot of washing.. We went inside for a cup of tea and after an hour it still wasn't full, so we decided to not fill it right up as we wanted the time to do our things..
We moored up just along from there and Tooty was off on his favourite patch. Del got out the chainsaw and chopped up some wood from the roof as the locker was nearly empty and we were ready for the next cold snap.. 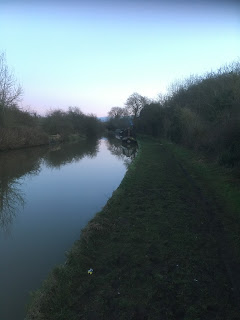 In the evening we chilled with some music and a nice relaxing chat about what we are doing later in the year.. It could be a busy one!
Posted by Del and Al at 8:39 PM