We felt a bit better today and decided to move. We had kindly been given a spanner from the Chandlers at the bottom of Braunston Locks for the immersion heater element. It turned out it didn't fit and needed a box spanner which we had to purchase, but the thought was there and we had to return it..
We reversed up as we had spotted some more wood where we were and loaded Derwent6 for the next cold snap and then set off. 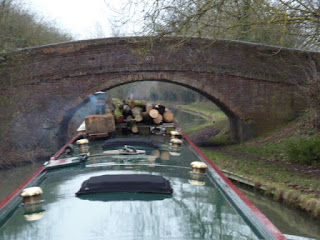 It was very pleasent cruising as the wind had dropped and it was still warmish, when we got to the locks at Hillmorton they were in our favour. 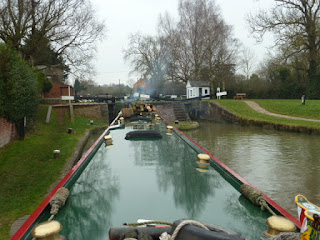 At the second lock Al slipped with the windlass and hurt her leg and shoulder but mustered on.. 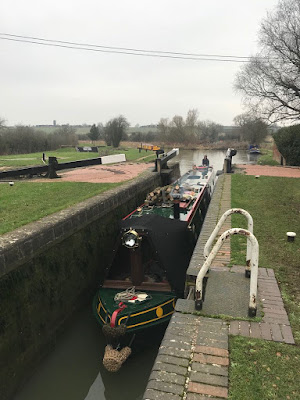 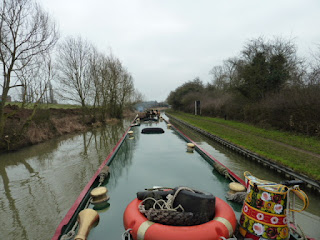 It started to get a bit colder as we got towards Barby but it was lovely to be out in the countryside again.. 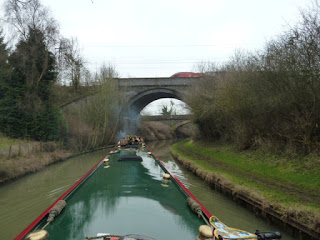 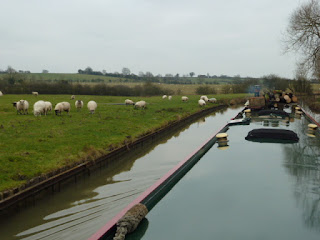 We headed into Braunston and got ourselves onto the waterpoint. Al went up the shop and Del returned the spanner while the tank filled up. 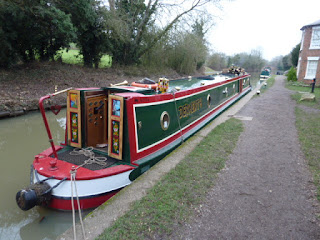 We then had a pumpout at Braunston Marina and then headed out of the village to find a mooring.. 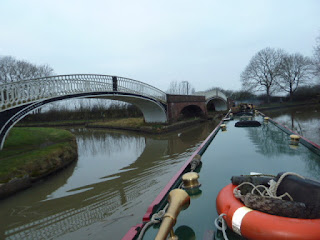 We just squeezed Derwent6 into a mooring by the church and set up the telly.. 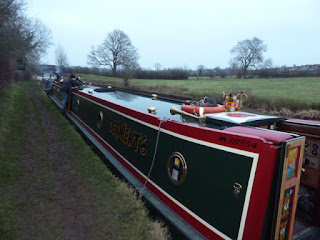 We thought we would treat ourselves to dinner out and got showered and changed to make us feel good. We walked to The Boat House as it was only a five minute walk, and ordered our food and got our drinks.. When the food came out it was awful, it was obviously frozen food over cooked, and we are not moany people but we had to complain. We were offered our money back and we left still hungry, sadly we won't be returning.
Back on Derwent6 it was cheese on toast for us watching some telly, hoping we wouldn't get ill from the food we had just tried to eat..
It had been a long busy day and we were ready for bed, Del with his back and Al with here sore legs and shoulder.
Posted by Del and Al at 4:49 PM

I have only eaten at The Boathouse once and it was awful then, two years ago. Beer is OK and reasonably priced but nothing like The Admiral Nelson for quality and choice of beers on tap, but I expect you already know that, being seasoned CC boaters. Enjoy reading your blog and we met up once at the Crick Show very briefly. I am the guy who requested info about the Axiom several years ago; had one fitted and would never go back to the old style.
Ray. nb Stronghold