Back to Stoke Bruerne

It was another nice morning, not that cold and with hazy sunshine. We set off at 9.15am and went through Cosgrove lock which was in our favour, and then found that the water point was empty, so thought we would top up. While at it, we did a manual pump out as it is easy to do here and we wanted to check it was working in case we are iced in the middle of nowhere.. It worked fine!
We carried on through the other side of Cosgrove and back out into the countryside. 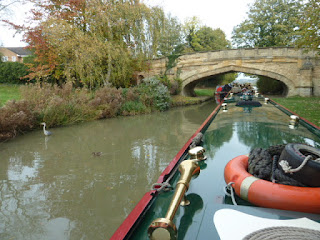 This is a nice two hour cruise, albeit a bit shallow with leaves, but its very peaceful with just the Beta purring under the covers.. 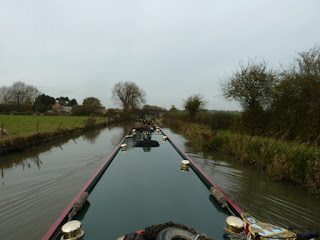 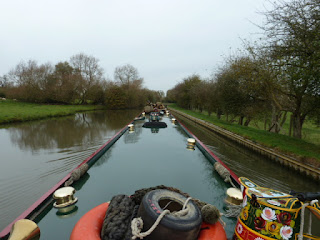 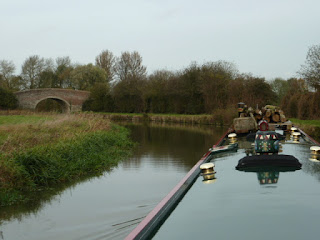 We did get interrupted by this guy! 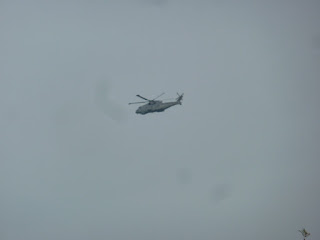 We passed Grafton Regis which was very busy with boats, so won't be stopping here. 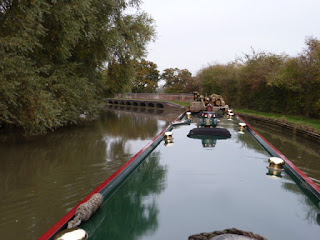 We carried on to the bottom lock of the Stoke Bruerne flight of seven locks to find out it was in our favour.. 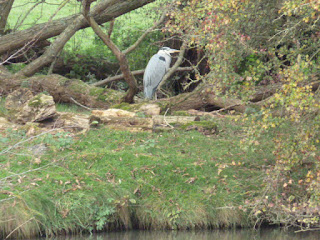 In fact the first five were in our favour which made it easy as we were going up. 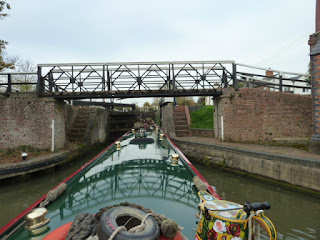 We passed four boats on the way and at one lock a girl said "Can I put my Duck on the roof", Del reluctantly agreed! So don't know what that is all about, but it sounds fun! 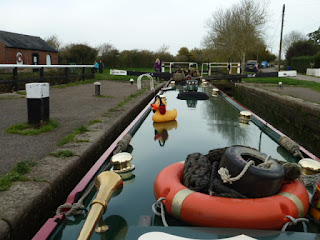 We had one pound really low, in fact we just managed to get over the cill as we entered the lock, good job we had that pump out.. 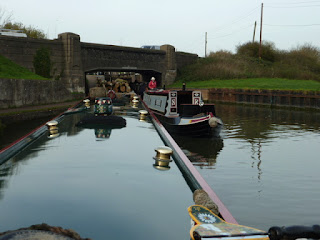 We then got to the top lock where it was still quite busy with people taking a walk around the village. 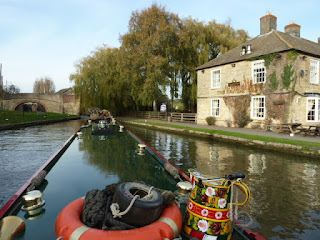 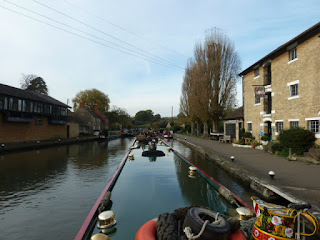 We managed to get a mooring but no telly signal unfortunately. 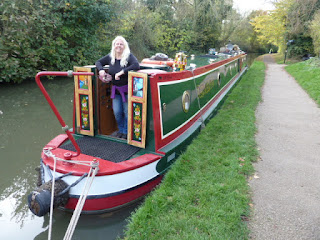 We only had an hour and it was dark, but Al had made a lovely cottage pie which went down well on an autumnal evening.
Posted by Del and Al at 4:25 PM