All in a Day

After some breakfast we undid the chains and set of towards Braunston. At the bridges here we turned right and moored up on the water point. 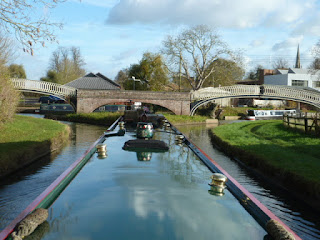 Braunston seemed very quiet as we expected it to be very busy with the locks here now shut.. 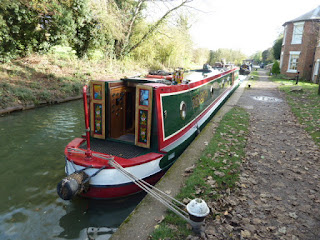 With it so quiet we filled with water while we walked round to Tradline, the rope people, and ordered some fenders and a button which Del wants done in special rope. We will have to wait till March until we can pick them up.
We also bought some  Fabsil Universal protector as on our cratch cover every year, when it freezes, we get drips through the cover when it thaws, this sealer seems to stop that.. 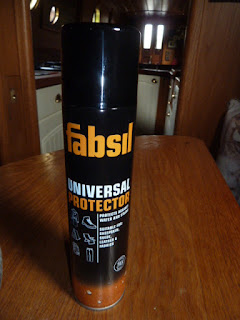 We then winded and did a couple of manual pumpout containers at the elsan, just to keep us going ..
We then moved off and moored outside the chandlers where we picked up some antifreeze, grease, a tiller top bush, a chimney rain hat, and some odourlos for the loo.. 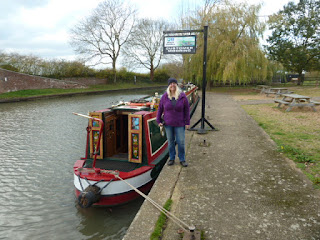 We set off again and headed up towards Hillmorton as the weather was being kind. 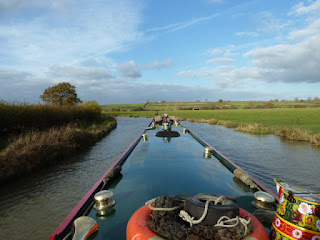 It was a bit windy but it takes a lot to move Derwent6 when its full of water. Saying that when it does get taken in the wind its hard to stop it with a rope..
It was very pleasing to see that CaRT had cut back all the trees along this stretch, but disappointing that they had taken all the wood away or shredded it all! 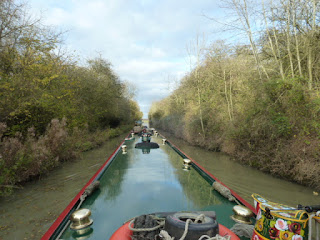 It is all very quiet now on the cut, but we still met an ex Challenger boat, who while we were exiting a bridge and passing moored boats, thought he could speed past us both. He hit the moored boat telling us two boats can pass here.. They obviously couldn't.
We carried on to Hillmorton Locks and as we had just passed a boat they were in our favour.. 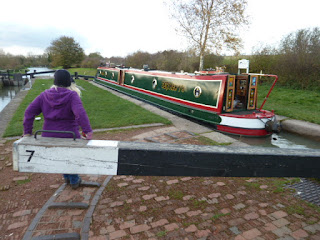 In fact at the last lock another boat turned up and locked us down which was a bonus. 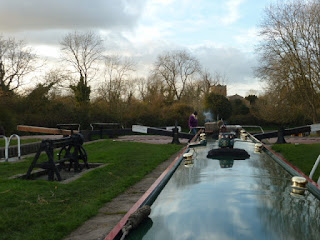 We then made our way to Clifton and was surprised at how busy it was.. .Although it was late in the day. 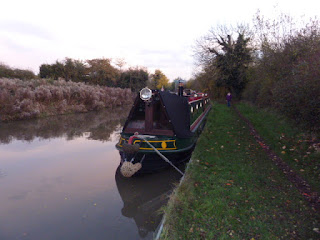 We ended up having to pull Derwent6 back and mooring round the corner.. We set up telly and got the fire roaring.. Tooty liked it here and was off straight away and into the woods.. Del watched the England football game, but wished he hadn't..
Posted by Del and Al at 9:38 PM

Del is always so well prepared.....was he a boy scout?
Very satisfying cruising over the winter months with fewer boats around.
Reading your lovely blogs makes up for us missing cruising ourselves.
Take care now, Ann and Keith xx

Hi Ann & Keith, he most certainly was lol!
We're missing our Weatherspoon buddies this winter!
Love to you both x

Awww, missing fun times with you two too, were in W's yesterday with the wrinklies!.
Take care A and K xx