It was lovely to be back on Derwent6 which was now warm and snug again..  We took the time to recover after what had been a bit of a whirlwind week.. 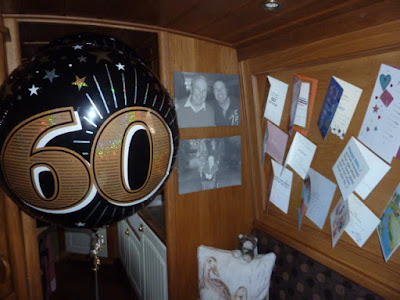 Del stuck all his birthday cards up as we always do... Thanks again for all the cards and presents Del received. 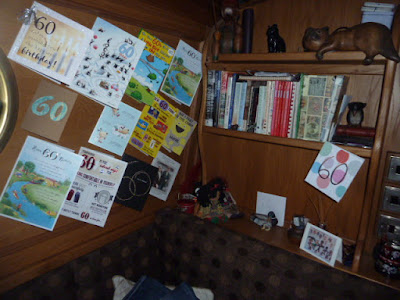 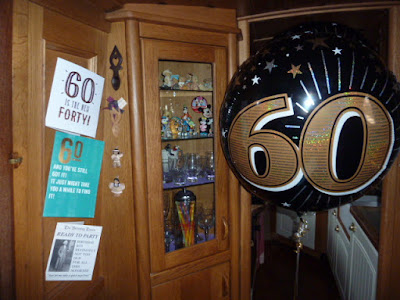 We did a manual pump out and also went out and grabbed some coal. But this is Del and Al, and we noticed that a guy we like was playing in The Merchants in Rugby town centre.. So we set off at around 8.00pm and got a good seat to see Kent Duchaine, a great blues guitarist.. You might have seen on this blog before that he has a steel guitar called Lead Bessie and it goes everywhere with him. 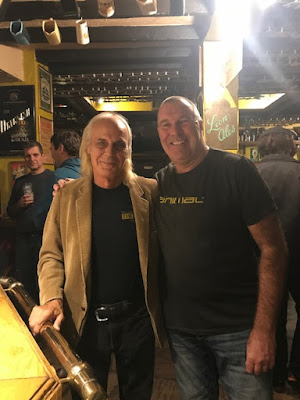 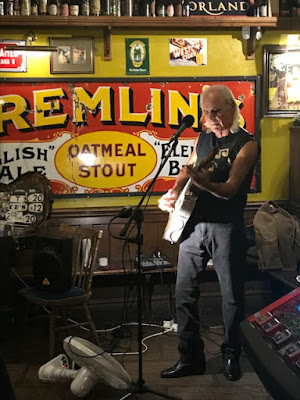 We had a great night with a few beers and even had an extra treat of a guy who played the harmonica getting up with Kent for a few tracks. We got back to Derwent6 and into bed at 1.00am

The following day we went to Del's Mum and Keith's as they had said they wanted to see us and take us out for a meal.. 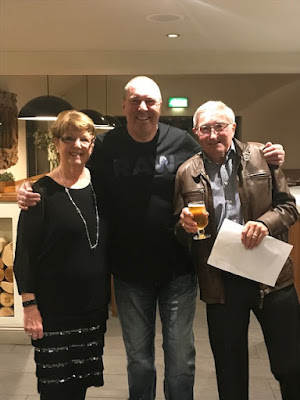 Del's mum still can't believe she has a son of 60!
We had a lovely time at the Grey Goose in Gilmorton and the food was amazing. Thanks both for a smashing evening .. 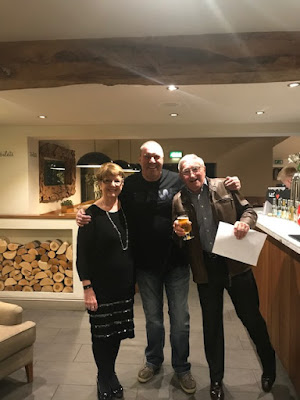 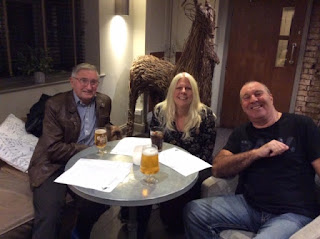 On the Thursday, Al had her hair cut and we did a bit of winterising on the engine. We have this problem with the starter switch which means we have been hotwiring  Derwent6 when it happens.. We ordered a ignition switch from Beta marine and were given a hour slot in which they said they would deliver.. Guess What! it never turned up and unfortunately went to the wrong delivery address so we now have to wait till tomorrow.. We then had just enough time to do a bit of shopping and got back in the dark after picking up the picture going on this years Christmas cards..
Some of you have been asking how the batteries have been coping during the cold spells we have already had.
Well the small 40w heater we bought has helped to keep the batteries nice and warm and it has been on constantly while we are on shoreline here in the marina.. Not sure if it is doing the batteries any good always being on float, but time will tell.. 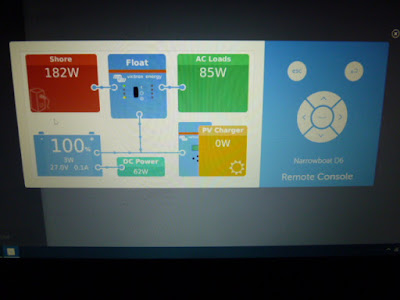 Hiv disease for the last 3 years and had pain hard to eat and cough are nightmares,especially the first year At this stage, the immune system is severely weakened, and the risk of contracting opportunistic infections is much greater. However, not everyone with HIV will go on to develop AIDS. The earlier you receive treatment, the better your outcome will be.I started taking ARV to avoid early death but I had faith in God that i would be healed someday.As a Hiv patent we are advise to be taking antiretroviral treatments to reduce our chance of transmitting the virus to others , few weeks ago i came on search on the internet if i could get any information on Hiv treatment with herbal medicine, on my search i saw a testimony of someone who has been healed from Hiv her name was Achima Abelard and other Herpes Virus patent Tasha Moore also giving testimony about this same man,Called Dr Itua Herbal Center.I was moved by the testimony and i contacted him by his Email.drituaherbalcenter@gmail.com . We chatted and he send me a bottle of herbal medicine I drank it as he instructed me to.After drinking it he ask me to go for a test that how i ended my suffering life of Hiv patent,I'm cured and free of Arv Pills.I'm forever grateful to him Drituaherbalcenter.Here his contact Number +2348149277967...He assure me he can cure the following disease..Hiv,Cancer,Herpes Virus,Hpv,Pile,Weak Erection,Lyme Disease,Epilepsy,Glaucoma.,Brain Tumor,psoriasis, Cataracts,Macular degeneration,Cardiovascular disease,Chronic Diarrhea,Lung disease.Enlarged prostate,Osteoporosis.Alzheimer's disease,
Dementia. ,Bladder Cancer,Autism,Colorectal Cancer,Breast Cancer,Kidney Cancer,Leukemia,Lung Cancer,Tay tach disease,Non Hodgkin Lymphoma,Skin Cancer,Lupus,Uterine Cancer,Prostate Cancer, Seizures, fibromyalgia ,ALS,Hepatitis,Copd,Parkinson disease.Genetic disease,Fibrodysplasia disease,Fibrodysplasia Ossificans Progressiva,Fluoroquinolone Toxicity Syndrome,Stroke,Hpv,Weak Erection,Liver/Kidney Inflammatory,Men/Woman infertility, bowel disease ,Huntington's disease ,Diabetes,Fibroid.

As stated by Stanford Medical, It is really the ONLY reason women in this country get to live 10 years more and weigh an average of 19 KG less than us.

(Just so you know, it has absolutely NOTHING to do with genetics or some hard exercise and EVERYTHING related to "how" they are eating.)

This is how my partner Wesley Virgin's story launches in this SHOCKING AND CONTROVERSIAL video.

Wesley was in the military-and shortly after leaving-he revealed hidden, "mind control" tactics that the CIA and others used to get whatever they want.

As it turns out, these are the same SECRETS many famous people (notably those who "became famous out of nowhere") and the greatest business people used to become rich and famous.

You probably know how you use only 10% of your brain.

That's mostly because most of your brainpower is UNCONSCIOUS.

Perhaps that expression has even taken place INSIDE OF YOUR own mind... as it did in my good friend Wesley Virgin's mind 7 years ago, while driving an unregistered, beat-up trash bucket of a car with a suspended driver's license and in his bank account.

"I'm absolutely frustrated with going through life check to check! When will I get my big break?"

You took part in those types of conversations, am I right?

Your success story is going to start. You just need to take a leap of faith in YOURSELF.