Oh No!, not again

The rain was howling against the side of the boat this morning so a lay in was in order. We had no reason to move, so because of the bad weather we decided to stay put. Just as we were having our showers we heard a lawnmower going passed the window. Oh No! not again, that was followed by two guys with strimmers who had no care in the world for Derwent6 and plastered her in grass, wet grass at that... you could see it through the frosted pothole window in the bathroom....nice! 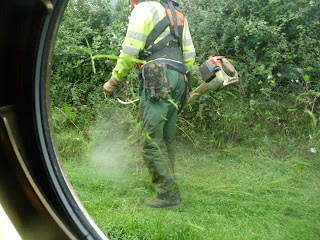 After putting some clothes on we assessed the mess and were quite shocked at the state of the gunwales. 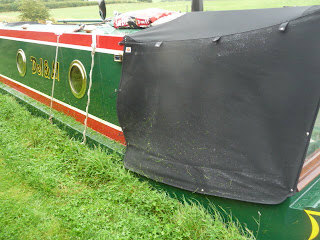 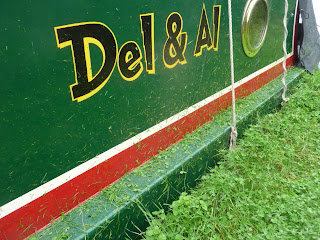 Del then marched off to see if he could find their Land Rover so we could cover that with grass, but couldn't find it! Just a knock on the boat would be good, but no chance! We felt like phoning BW, but we didn't want another complaint against us, we don't want to be big bad people on the cut.. but we were very annoyed. After cleaning the side of Derwent6 in the rain we just calmed our nerves with a coffee, as the sky's just opened up, so the grass cutters got their comeuppance.
The rain just got harder and the water level higher so we just chilled on Derwent6 with some reading and guitar practice. This guy was not amused. 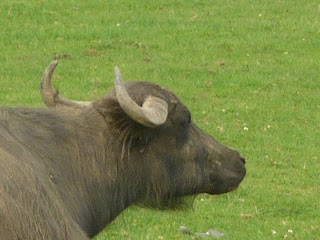 Hi Anonymous
Got no problem with earning a crust, but manners cost nothing!