Shallow to the Pig Place

We lay in bed thinking what to do today. We were on a two day mooring in Banbury and that was up at 11.00am this morning. Do we turn and come back in a different place, or carry on and see how shallow it is, or just get out of town and moor up.
We decided to just carry on for a bit and try it..
We managed to get in the queue for the water tap as Al wanted to do loads of washing as David had now left us.. 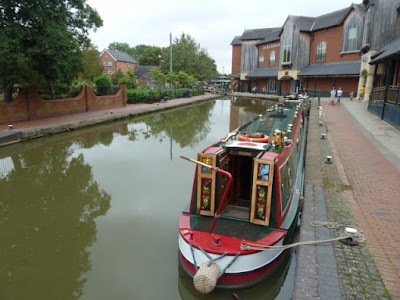 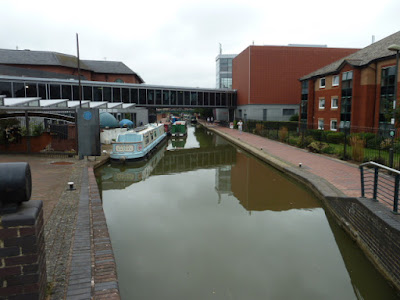 Sheets, towels, and our own washing. After we had topped up we went through the lock in Banbury. Straight away you could tell it was a bit shallow, but just by slowing down that 1mph made all the difference. 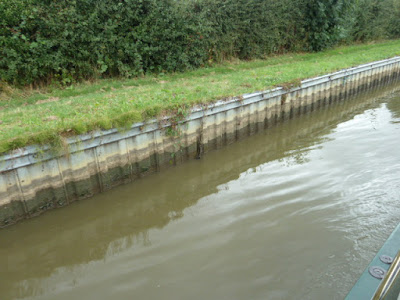 It made us realise again how pretty this canal is, and even though it was a bit over grown it made it very interesting and quaint. 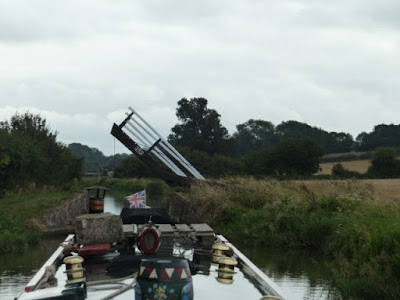 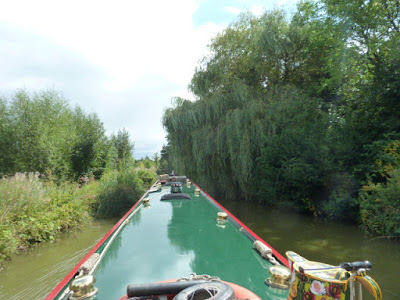 We got through Grant Lock and then onto Twyford Junction which was ok, but after the wharf things got very shallow and we were at tickover to move forward with limited steering.. 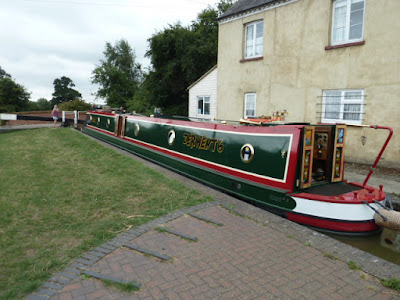 By the time we got to Kings Sutton Lock things had improved again slightly, so we headed to the pig farm where we decided to turn as we were getting reports that levels were only getting worse.. 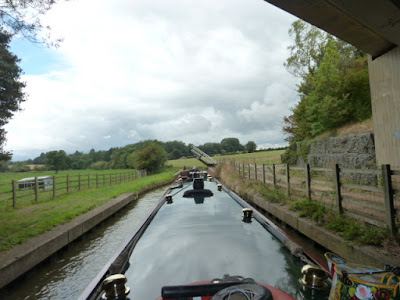 Its a tricky turn here as it is a CaRT site and they have their boats in awkward spots, but we just managed to get round, good job it wasn't windy.. 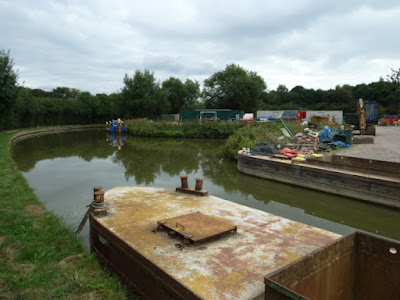 It then started to rain so we moored up as it was a spot where we could actually get in.. 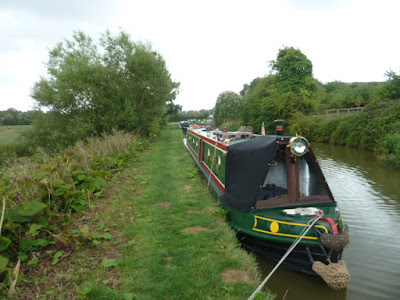 We had a nice view from the cratch and made the most of it between showers.
The Pig Place is somewhere where you can get fresh meat and veg, which also has a café and an outside bar. 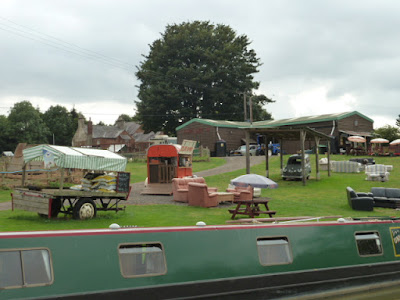 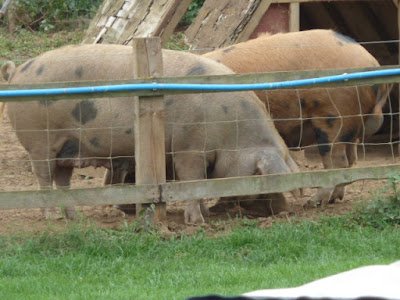 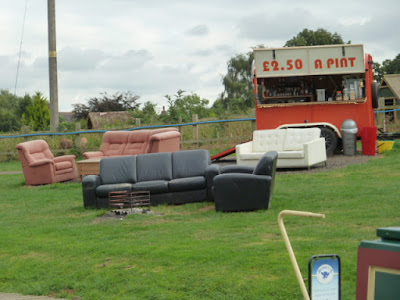 It also has moorings at ten pound a night with shoreline. We thought it wise not to use them because of Tooty the cat and the poultry walking around, its bad enough with rabbits!.. 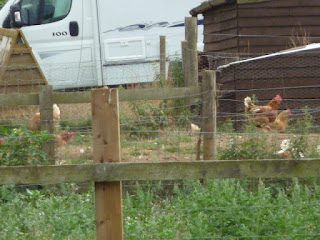 The levels are absolutely fine below Nell bridge, as the Cherwell comes in at Aynho. It's the Kings Sutton to Grant's lock pound that is so low. It was VERY low today! We passed you this morning on our way north, we tooted but no-one around. So if you wanted to go further south I don't think you'd have a problem.
Debby

Thanks Debby, sorry we missed you!