A lovely tranquil move, then Panic!

As you guys can tell from the blog, things are still not good with Al's Dad.. He was back home as you could see from the last blog and Al was staying with them hopefully to get Alf back on his feet. Things started to improve and Del was chatting on Skype to him from Derwent6, impressed with how well he looked. Al, Pam & Alf have received some lovely flowers from everyone including some from Sweden and they looked fantastic and brightened up the house and smelt so good.... Thank you Ingalill, that was so thoughtful. 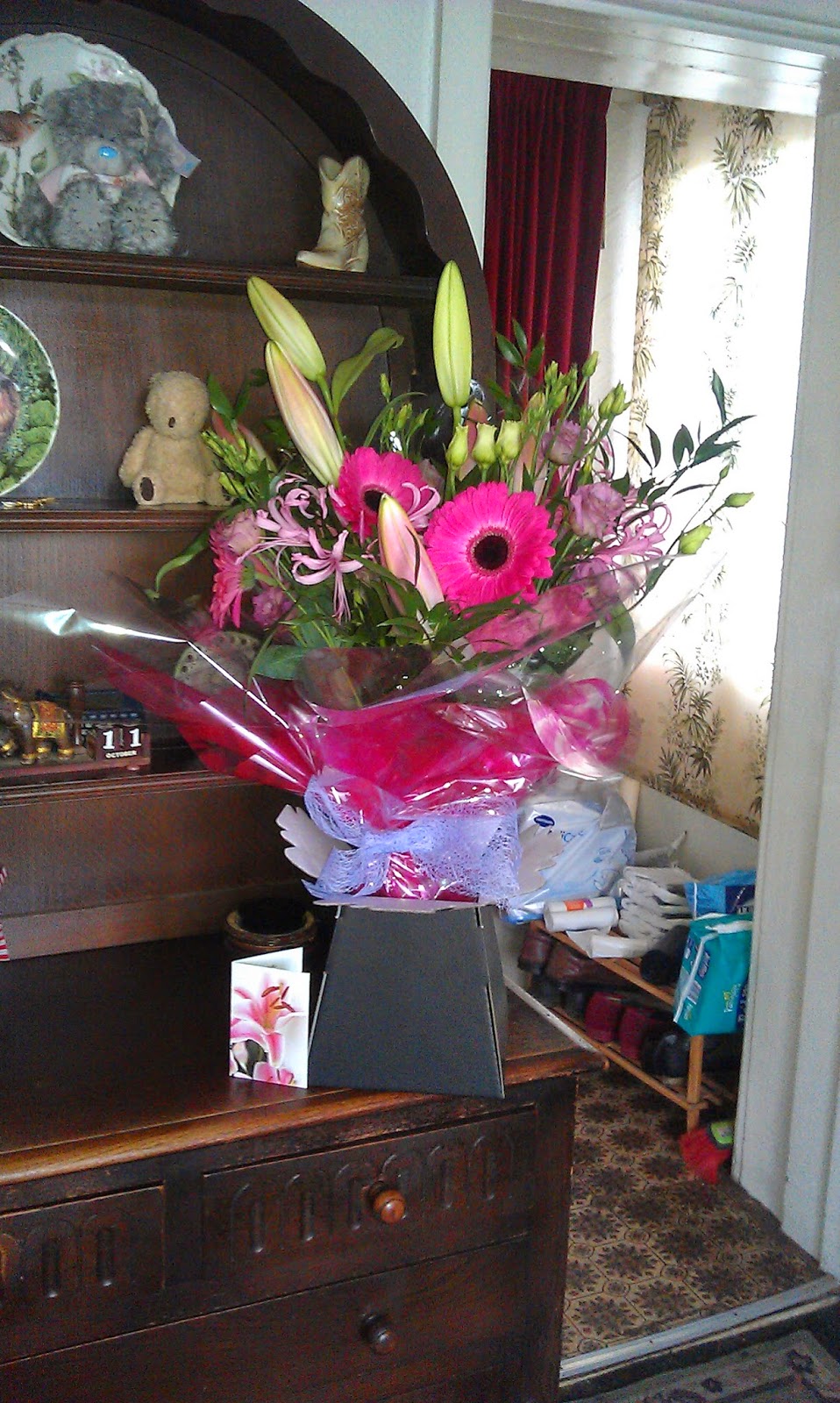 All this caring was taking it's toll on Al and she needed a break from looking after her Mum and her Dad full time, for a bit. We had to move Derwent6, because our 14 days were over due and also it would do Al so good to get back to the tranquil life on the canals. Al's sister took over looking after them for two days and Al turned up to Derwent6 on Thursday afternoon, excited from being back home. Del had already turned Derwent6 and filled with water. 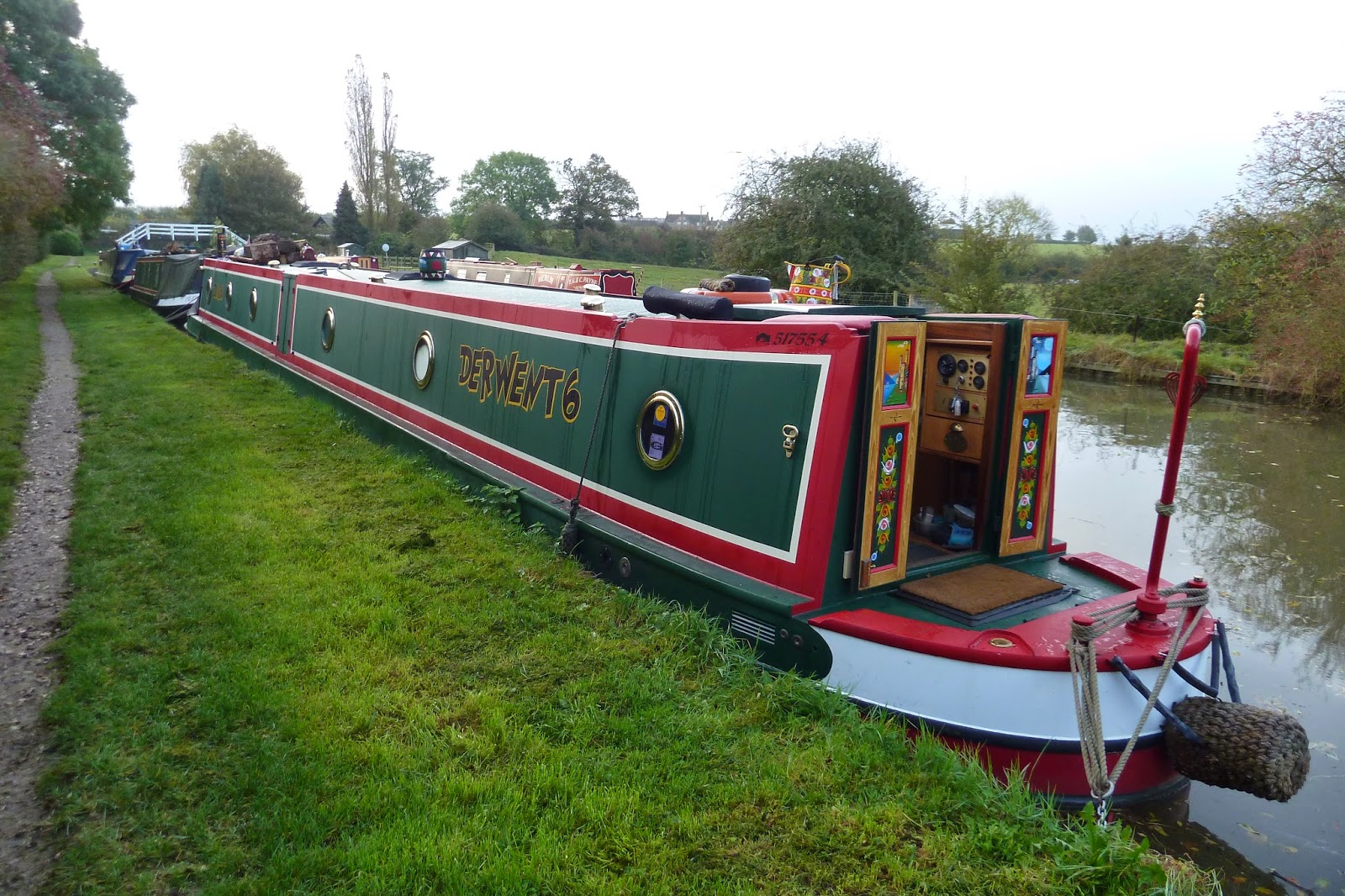 On that evening we went for a well earned meal out at the New Inn and a good catch up..
We decided to set off early (as Al was used that waking up at 6.00am for carers to arrive at seven) and we headed towards the tunnel.. 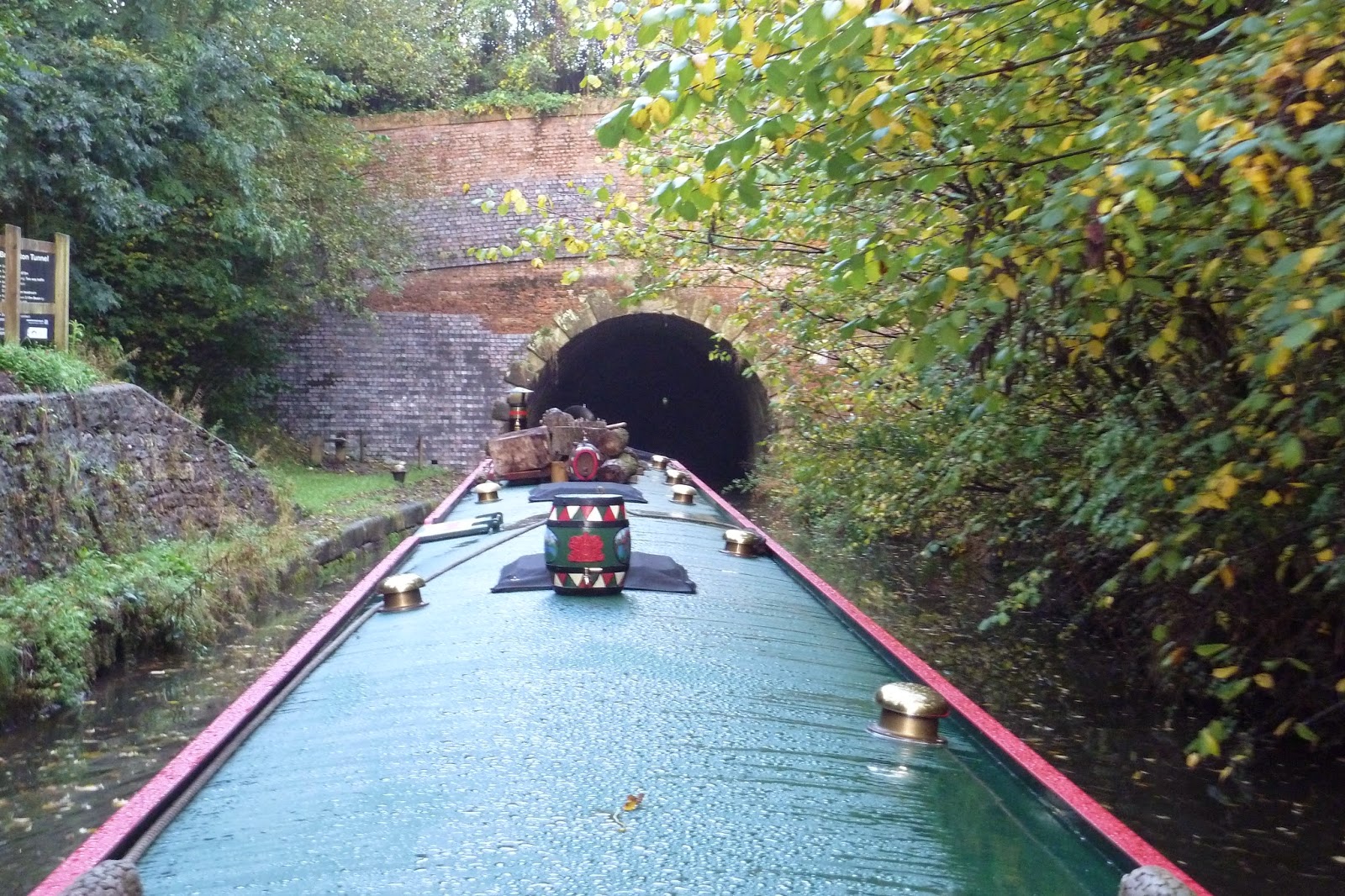 Del stuck the bow into the portal and then rammed into reverse finding out the light didn't work. Al then panicked as Del wasn't on the stern deck and was down the gunwale pushing the sides off the tunnel walls, then burst into tears, as she thought Del had fell in, she didn't need this..
We manged to reverse out and pull over and Del got to work on the light.. It wasn't the bulb or a connection at the lamp. We had a feed at the switch, but not at the cratch board and Del found a break in the lockers and managed to do a temporary repair to get us through the tunnel. It did Al good to do the flight of locks at Braunston which took her mind off things but we had already had three calls from her sister to say that her Dad had deteriorated. 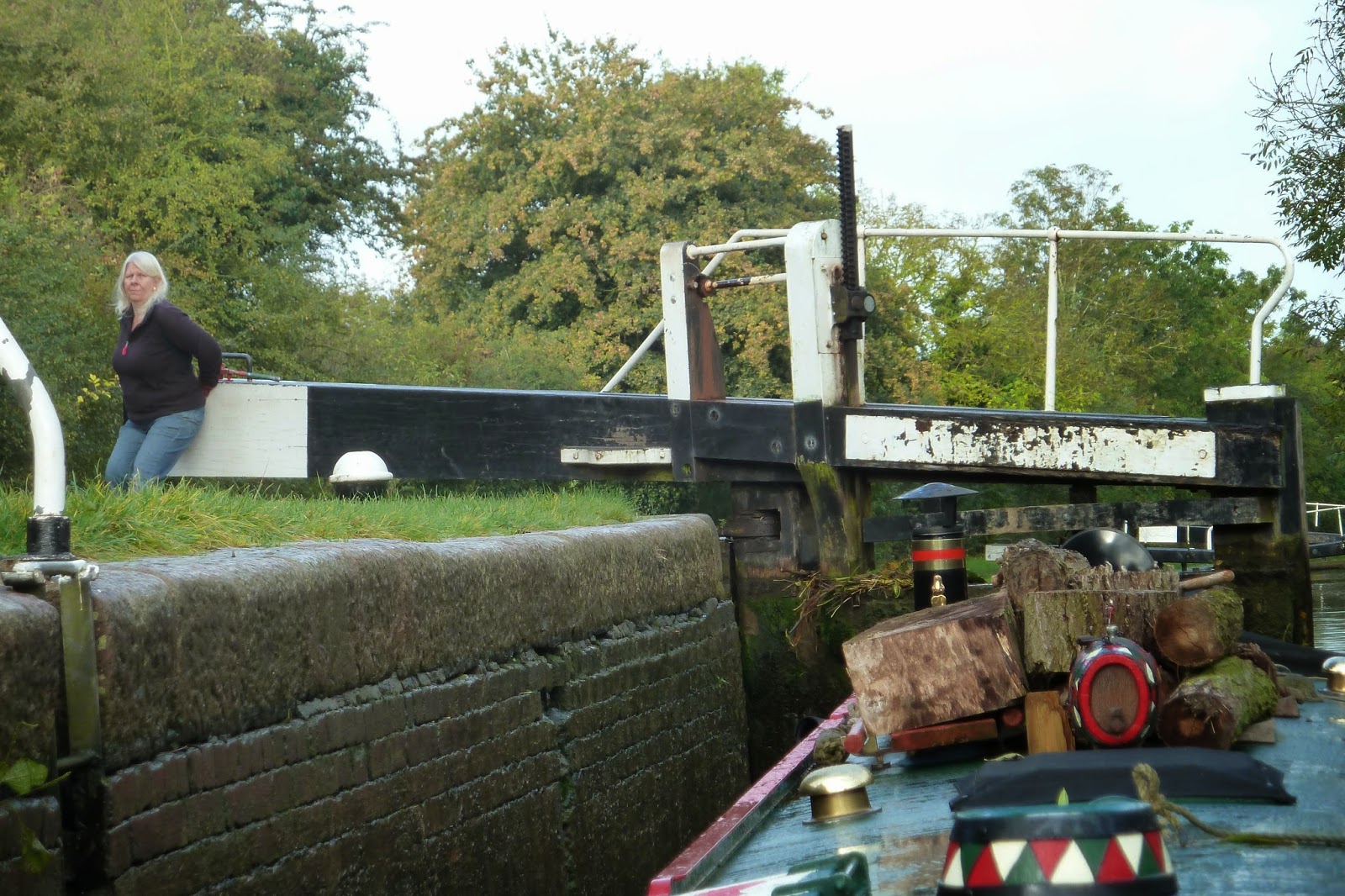 Braunston was still quite busy as the weather is still very warm for the time of year.. As we pulled out of the village we got anther phone call and the doctor had to be called to Alf.. 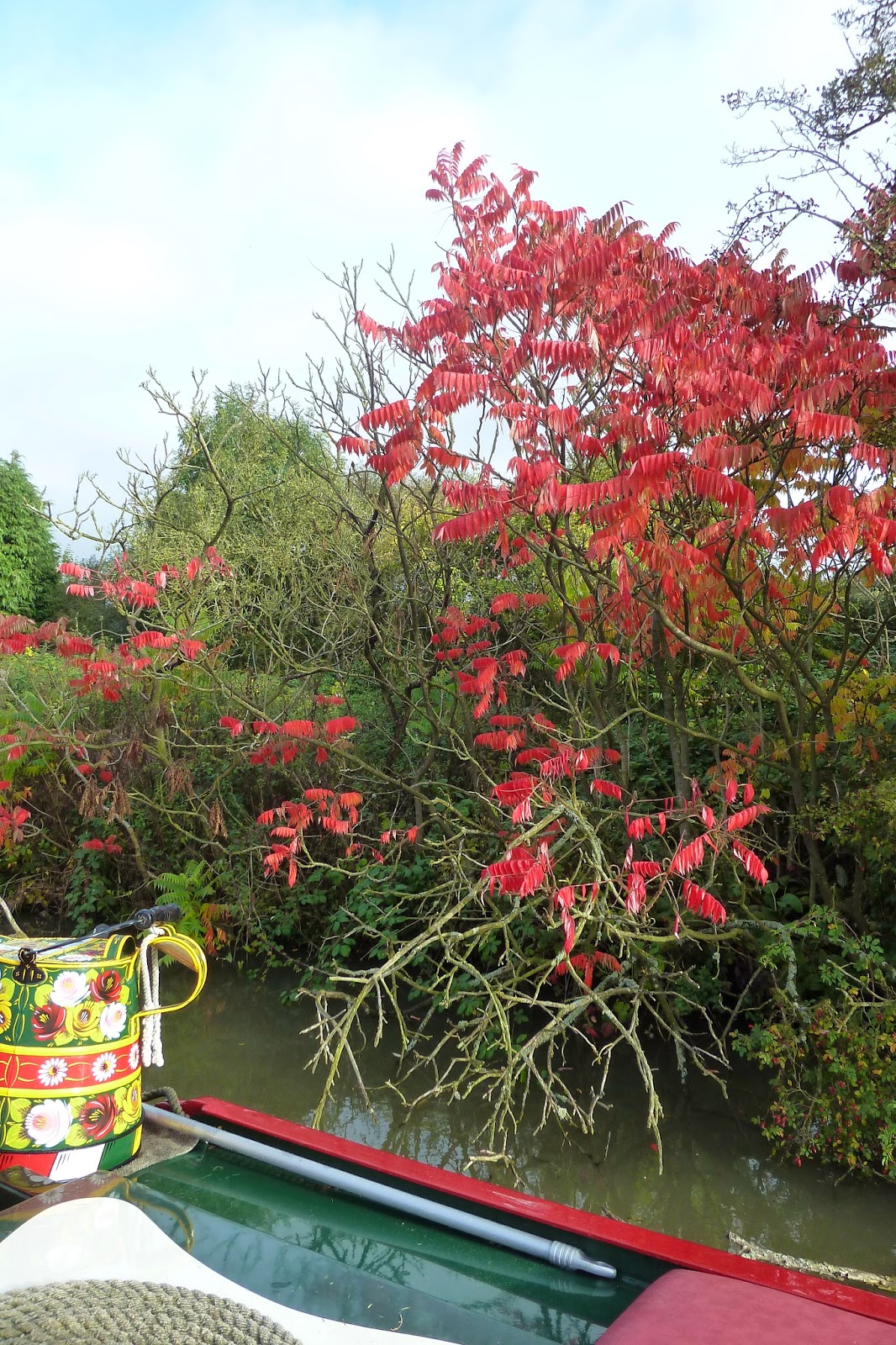 Al again was in bits and just wanted to be there so we pushed on through Hillmorton and managed to moor up at the bottom of the locks.. 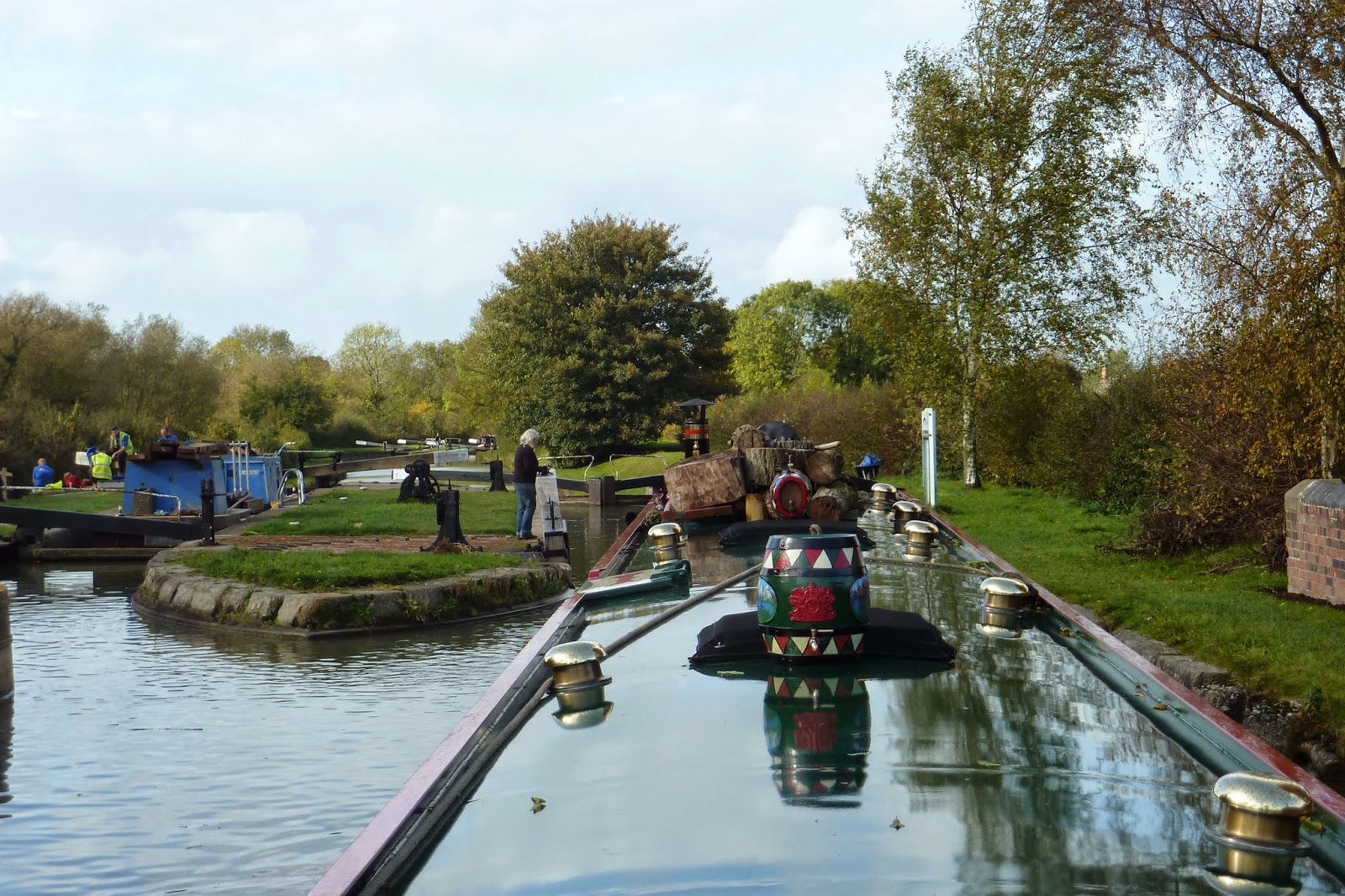 The next call was Alf was going in under a blue light and panic set in.. It was a quick 'grab a few things' and then we fast trotted it to the station.. We managed to get to the hospital at 7.00pm after another train and a bus and met up with Al's sister while her husband looked after Al's Mum. When we found him he looked so weak and ill again and he was diagnosed with sepsis, blood poisoning. 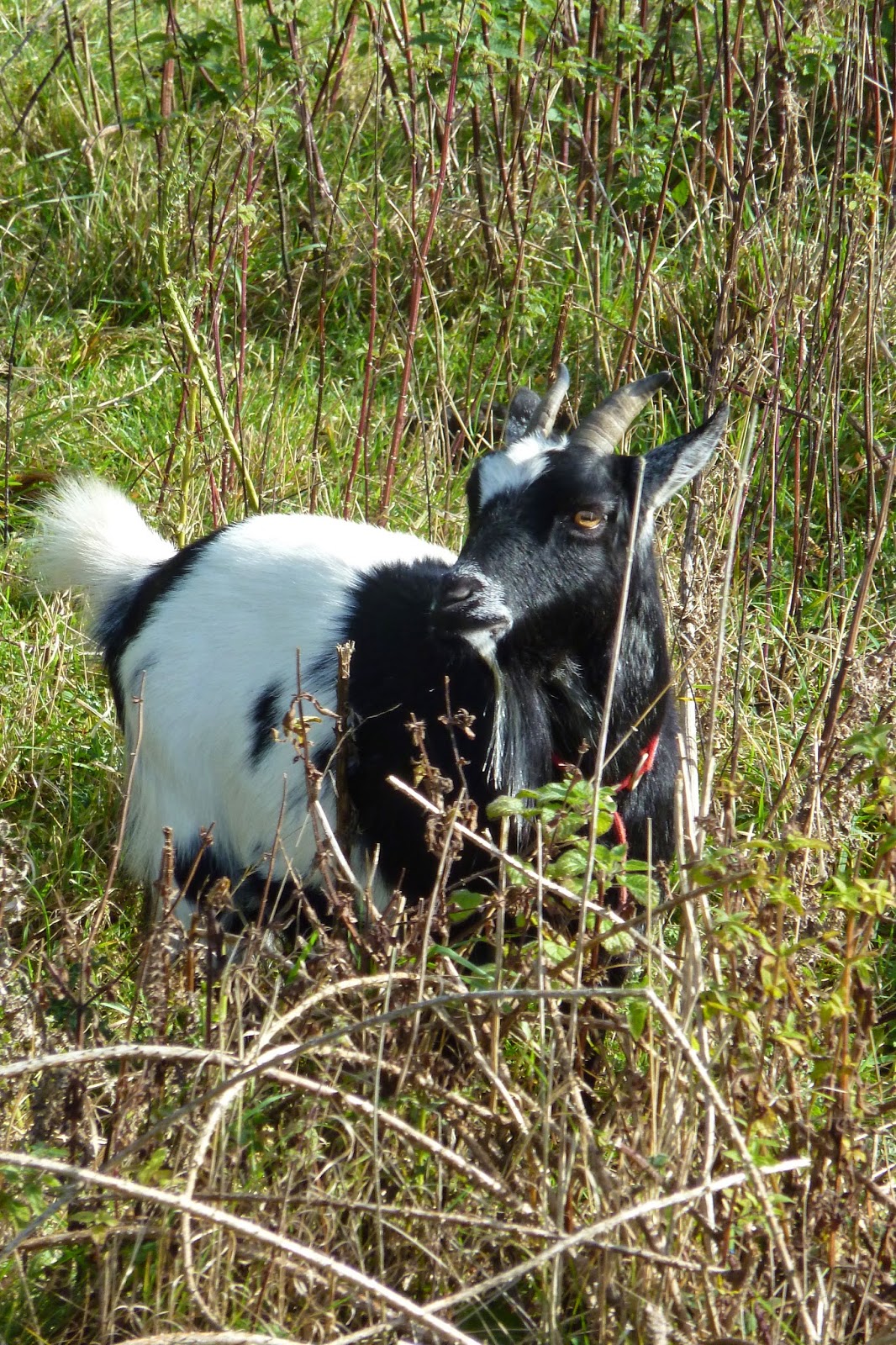 His blood pressure had dropped into danger levels again and his pulse near the 200 mark.. We all sat by his bedside and watched the figures and the drip going into him, keeping everything crossed!
We left the hospital at 1.00am with Alf showing a very slight recovery, but we all needed sleep.. On the Saturday Al was back in at 8.00am as Alf was only allowed one visiter.. Things were still 50/50, but he was stable till we could all go in at visiting time at 2.00pm. His blood pressure was going up and down like a yo-yo and his pulse fluctuated, but sill in the hundreds.
So the state of play is watch this space.... Del is now back on Derwent6, on standby!
Posted by Del and Al at 12:44 PM

We’re thinking of you both and Al’s family at this very trying time. Carol and George. xx

It's a tough time you are going through and all you can do really is look after each other, so that you can get through.
The other thing is to realise that you dad loves and appreciates you, and your mum loves that you provide her with continuous care and support.
It is clear you are doing a grand job. So be at peace with that.
Our best wishes, Marilyn and David on nb Waka Huia (currently back in NZ)