We set off at 9.00am and made our way up to Somerton Deep lock. 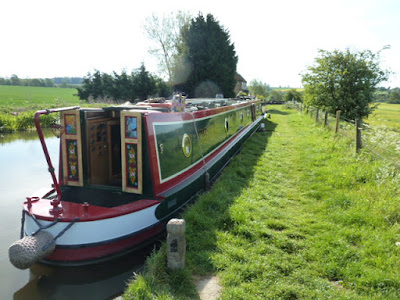 These gates are normally heavy but Al managed to do them with ease just waiting till they were ready and the leaks on the gates were much better. 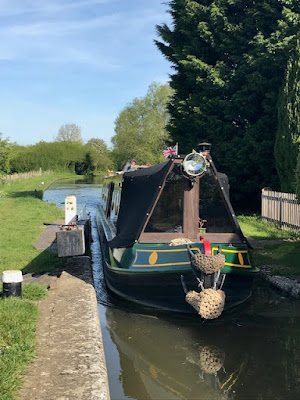 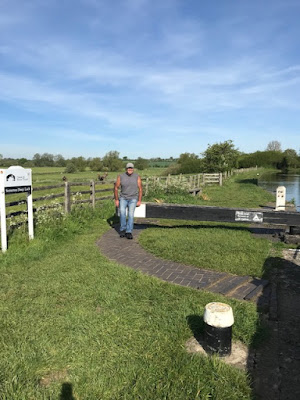 In fact the leaky gates issues on the Oxford have been a lot better, probably due to the fact that CaRT have tried to save water on this canal. It was tight getting through the bridge here and a lesson should have been learnt. We were low on water, with all the washing we had done, and the bow was a tad higher than normal.
It was nice to see this sign painted which used to be very rusty, good job!! 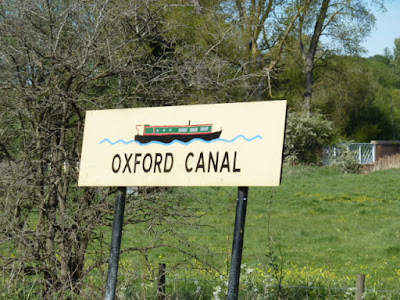 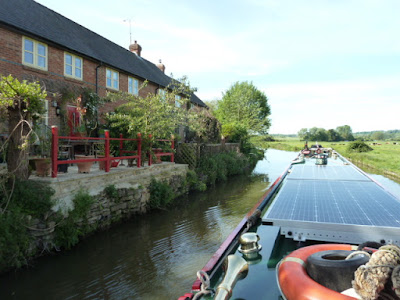 At the next lock which was Heyford Common lock the chimney had to come off as we just didn't fit.
We thought we were then home and dry when we got to Allens Lock, but on the exit you could see the trees and thorns were over hanging the canal, not allowing you to have any choice but to go into them before you could get the stern round.. 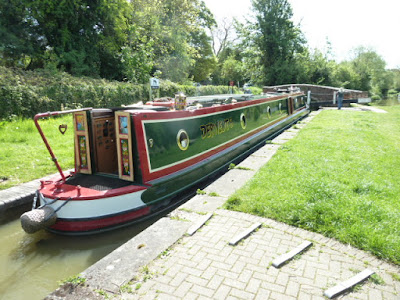 Del had left the removed chimney and rain hat on the roof and the rain hat was caught up and taken clean off.. On further inspection he could see it was still caught in the brambles and with a little bit of maneuvering managed to unhook it and save it from going in the cut.. 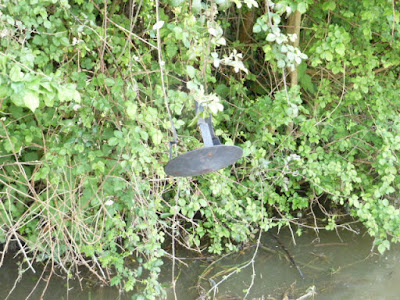 Al was dreading the next lift bridge at Upper Heyford as it has always been a tricky one, but it was a nice surprise when all that was needed was a CaRT key as it was now electric.. 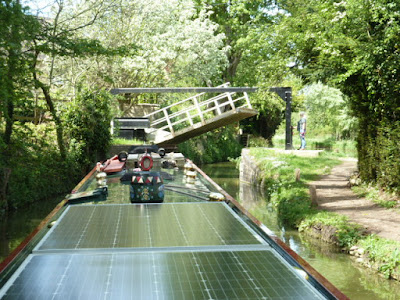 Our first need was water, so we went past all the moorings and managed to get on the tap.. 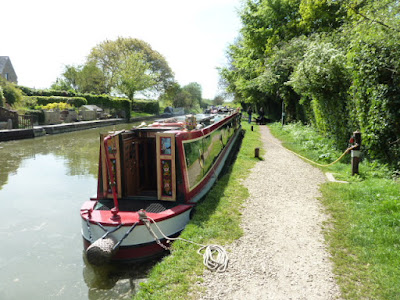 It was very slow and Derwent6 has a big tank so by the time we had finished we had four boats waiting for water.. None of them were in a hurry, and we just had a good chat. On one of the mooring spots we saw we thought we could get a telly signal, which is difficult round here. So a bit of reversing was required on this nice calm day and we dropped into it... 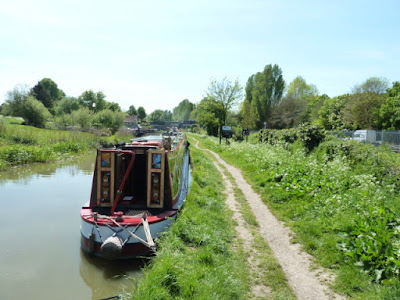 It's a bit noisy here by the railway station and Tooty wasn't happy with these massive metal things trundling by, so he never went out.. We had a good people watching spot and no one could moor in front of us, and we got telly, so we were happy.
We walked over to the little café here and had a ploughman's and a pint (or two) That finished us off for the day.
Posted by Del and Al at 2:37 PM