Avoided the rain, but another long day to Beale

We checked the forecast on Wednesday and it was rain later in the day. By the time we were ready to go it was already raining so the plan to move went out of the window.. We thought we would get the shopping instead, and first stopped by in Costa for a coffee and a panini so we weren't hungry when food shopping..
We had to go to Waitrose which is always a bit more expensive for us, but it did make a change. It did help us keep the cost down!
Loaded with ruck sacks and carrier bags we made the short trip back to Derwent6, and Al filled up the cupboards. So that was the highlight of the day because it definitely wasn't the European cup final as it was just rubbish!

On the Thursday we were up at the crack of dawn and on our way downstream on the Thames to see how far we could get before we had had enough.. 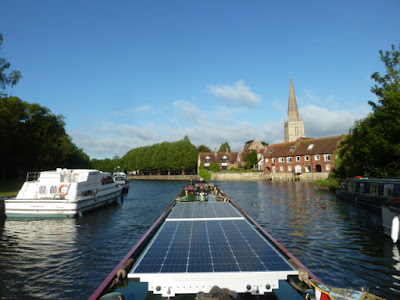 We left Abingdon and hit the open waters and then two miles further up the river turns into a channel. 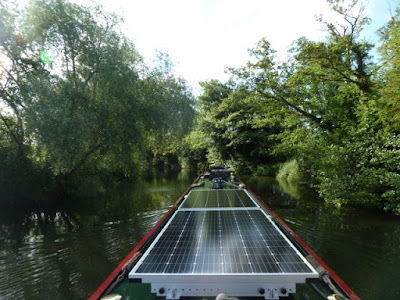 We got to Culham Lock and found out why we hadn't seen any other boats.. 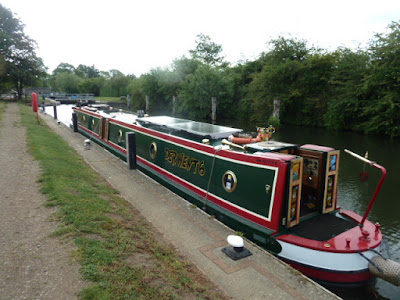 This lock is very difficult when the electric gates and paddles are turned off.. The turning of the wheels took ages for us to get through, but it was still good fun.. We then circled Didcot Power station. 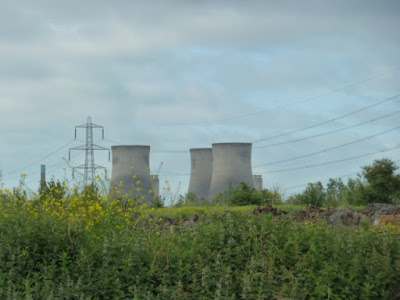 And passed under Appleford Railway bridge. 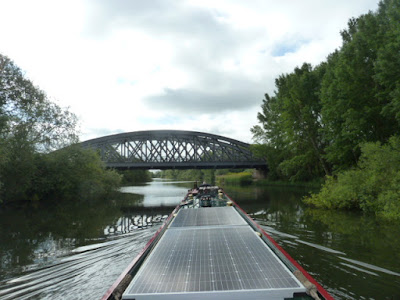 Some of the houses along this section are amazing. 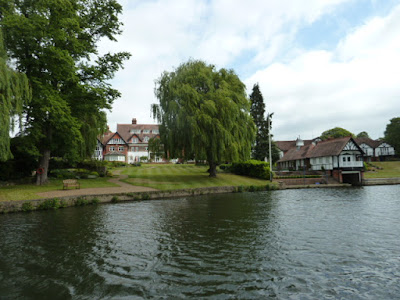 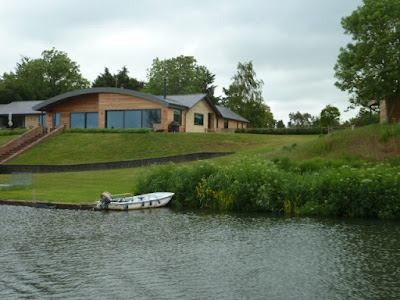 We got to Days Lock and we have got to say a lot of the moorings are empty. 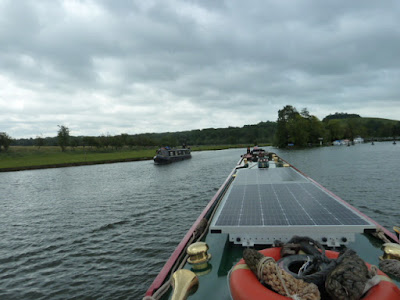 A good clear out has been done by the Environmental agency, CaRT could take a leaf out of their book..
We had a bit of a stretch now where we had no locks for an hour or so. Al soon had the washing machine on and came back out with some bacon butties, that's why Del married her!!!! lol 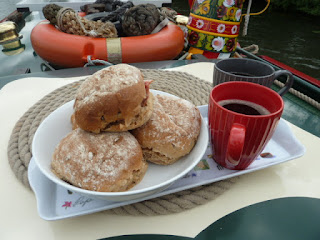 We like this part and eating Bacon butties as well was a dream.. 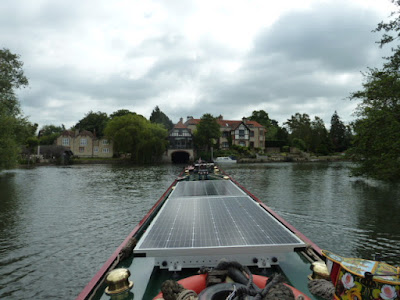 We got to Benson Lock and then passed through Wallingford. 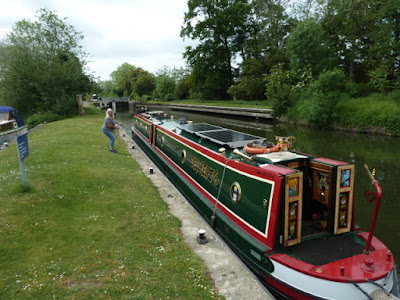 Here we met the rowers and top quality rowers they were as well with there GB shirts on. They were coming past us so fast it made us look like we were moored up, a really good sight to see.. 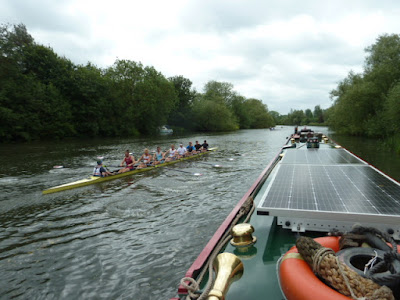 They were also being cheered by us and all the other competitors..
We carried on to Goring lock and again there were loads of moorings but we wanted to get a little further to make things easier tomorrow.. We ended up at Beale Park as the boat festival had been cancelled this year, and by the looks of it indefinitely. We had it all to ourselves and Tooty was in his element.. We managed to get a telly signal which used to be difficult here so we were sorted for the evening.. 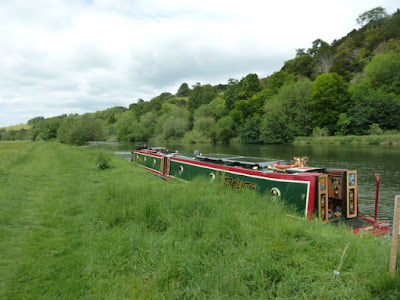 Hi both, lovely to hear that you're on the Thames! We're currently moored at Dorney (above Boveney Lock) until Monday hopefully and then we'll be heading your way, unless you reach us first. Hope you'll have time to stop for a cuppa or wine even!