We left Fenny Compton early, and the first thing we noticed was that the hedgerow had all been cut back along the Compton tunnel section, which used to be tricky. 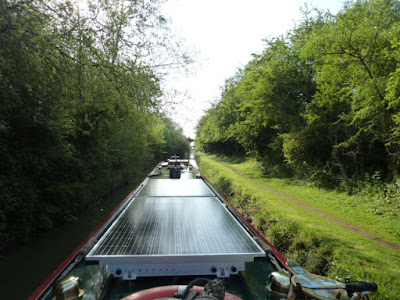 It was nice in the sunshine to the top of the Claydon fight of five locks. 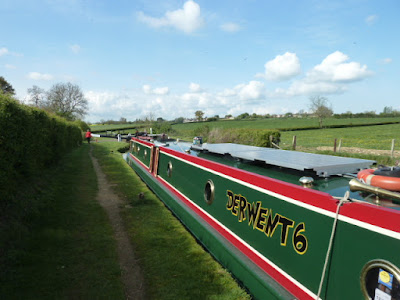 We were met by CaRT here as one of the pounds was too low and they wanted to let some water down. So we put the kettle on and had some tea and toast.. This worked out perfect as we were allowed down the locks afterwards. We were buzzed by three planes giving us an aerobatic display which was fun.. 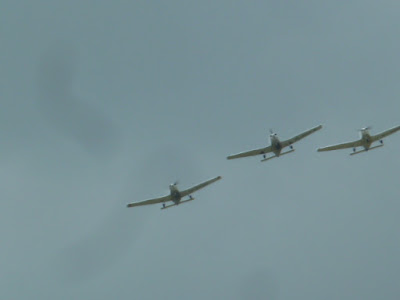 We reached the bottom of the 1904 flight and then seemed to have a lot of luck.. 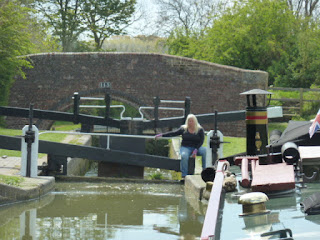 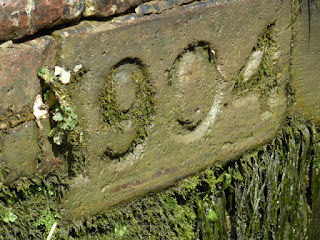 Every lock we came to another boat turned up, and as it was in our favour opened the gates for us.. 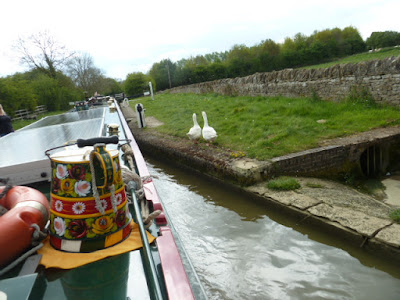 We got to Cropredy and were amazed that there was not one boat on the visitors moorings there.
The next lock, CaRT volunteers were doing some painting, and so we didn't have to do the gates as they did them for us.. Al then took the tiller for a couple of locks. 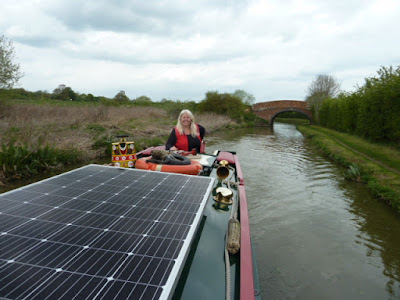 This canal is fantastic and at this time of year the wildlife and colour just blows you away.. Just look at the pictures on this trip! 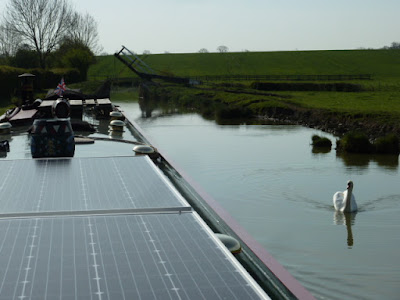 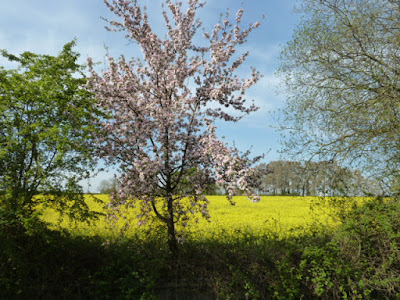 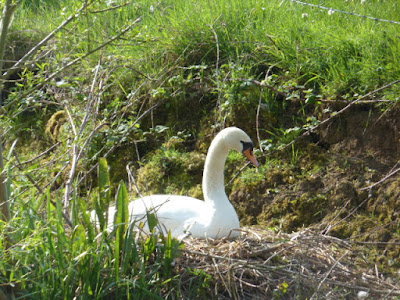 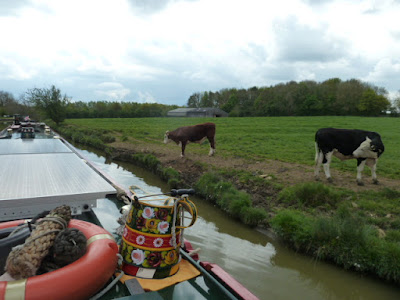 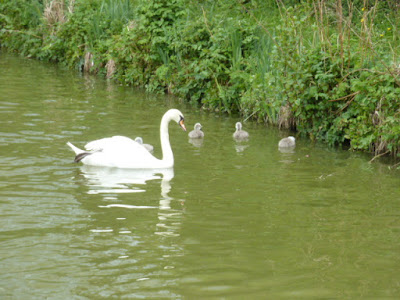 We then approached Banbury and you could see all the work going on. With an extended Shopping centre and more multi story carparks, it will be bigger and better.. 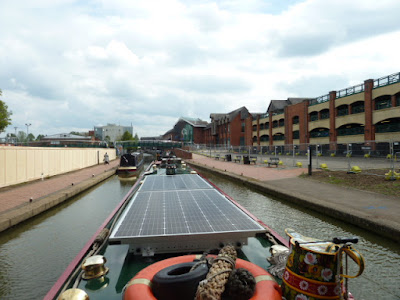 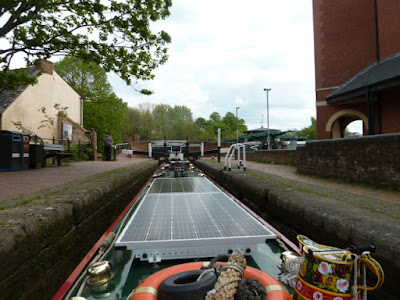 It was then through the Banbury lock with its onlookers, and then we pulled up on the services.. It was a bit sad to see the toilets closed due to abuse, which has ruined it for everyone. We still managed to do a manual pump out there. 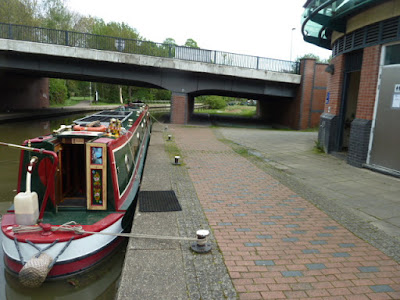 We then pushed on to the Tramway moorings and Al walked over to Morrison's and got the food shop for the week.. 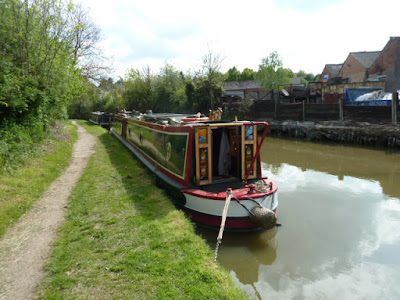 Worn out from the day we found a mooring we like just outside of town.. 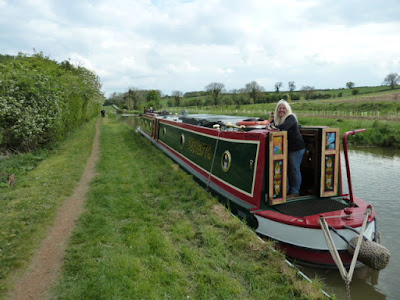 We've got a good tv signal here ready for the football over the next few days, and Al had a nice chicken dinner in the Cookin' with Gas oven..
Posted by Del and Al at 8:49 PM

Absolutely fabulous, I enjoyed my virtual cruise with you down to Banbury.
Lucky yous for having so much in your favour on the way, lovely sunny pics too.
A&K xx