Derwent6 was creaking away this morning as the sun hit the port side through the smoke on the water.. 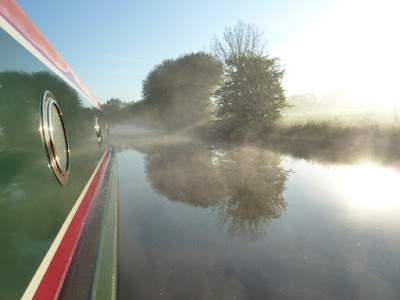 This gets very warm and the starboard side is still cold from last night. With the temperature changes it makes the steelwork expand and the woodwork has to adjust to that... You get the occasional BANG and Crack inside which does tend to wake you up early..
The good thing is it means it will be a nice day, but we wouldn't be cruising as Del wanted to go Gliding..
After a hearty breakfast of eggs and bacon Del set up on the field next to us by putting out a bungee and putting his glider together. 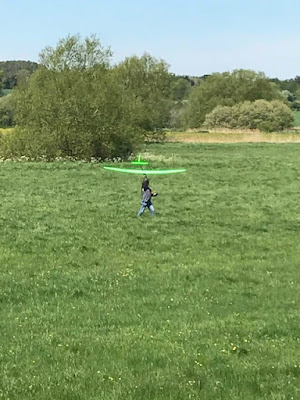 Once trimmed out Del's Supra glider flew like the birds catching thermals above Derwent6. 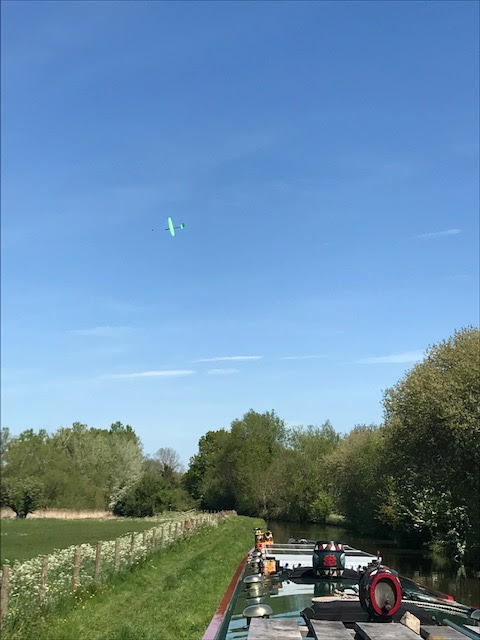 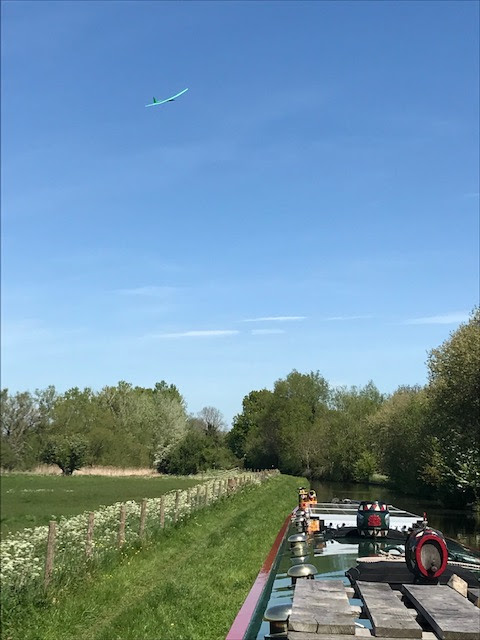 He was out for a couple of hours while Al read her book and took a few pictures. 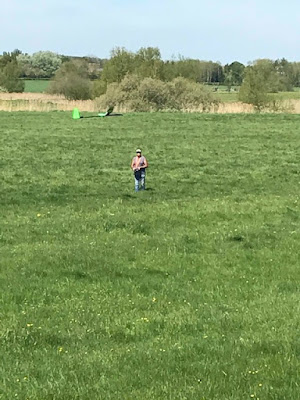 In the afternoon we just soaked up the sunshine, just like the solar panels which topped the batteries up nicely..
It was fun watching the hire boats come past us, some at great speed, so a gentle reminder of the young wildlife in the bushes made them slow down a tad.
We had a lovely sunset to finish the day, with a cruise in mind tomorrow. 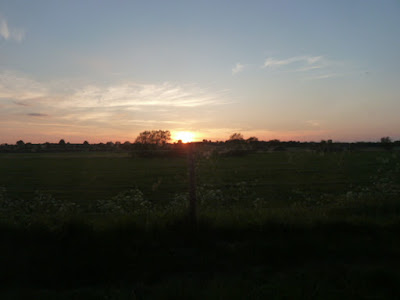 Nice to have a wide open space all to yourselves, does Del's glider ever land somewhere thet's inaccessible?
K&A xx