Taken on a Cruise

In the morning we were all a little more refreshed and we wanted to move and get some provisions as we were right out of food.. So the plan was that Maxine and Graham could move their Motorhome further up the canal and then take Ginny for a walk, before they head back towards us where we could pick them up and give them a short cruise on Derwent6.
We left at 9.30am just after the mist had cleared and made our way towards Leighton Buzzard. 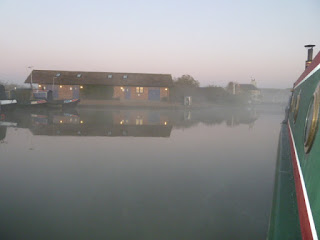 We first got water. 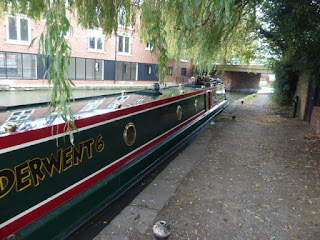 and then stopped outside Tesco's and Aldi for food.. 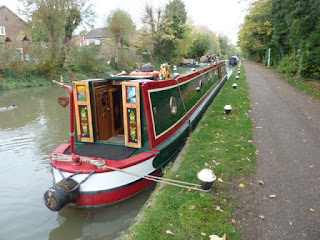 While Al was getting the final bits and pieces Maxine and Graham arrived, and with the shopping on board Graham took the helm. 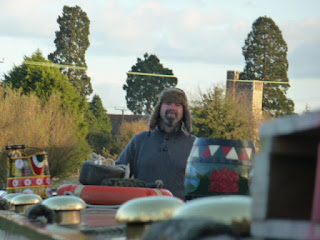 At the first lock Maxine locked us through, this was so nice for us as we normally have to do all the work.. 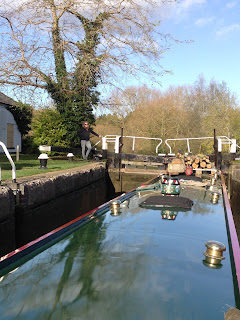 It wasn't long till we came to a pub, the Globe, and Graham pulled over (it was only a small bump). We thought we would have a drink outside as it was just so nice in the sunshine. 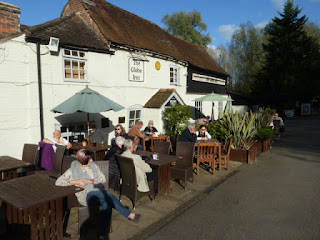 We carried on in glorious sunshine but it was a bit on the chilly side. 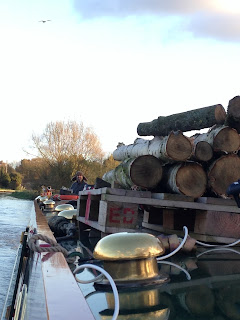 We got to the three locks at Solbury and Graham moored at the top where we managed to get a spot on the 48 hour moorings.. 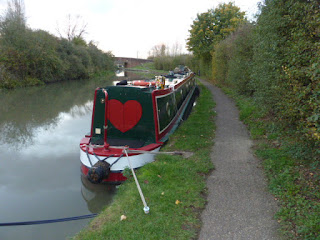 We had booked a reservation in The Three Locks Inn and had to rush a bit to get in there in time, but they didn't mind us being a bit late. We had a lovely meal in there and came out worn out from what seemed a busy day.. We said our goodbyes to Maxine and Graham as we wanted to leave early in the morning..
Thanks Guys for a lovely fun weekend, as always!
Posted by Del and Al at 9:36 PM