Pitstone with a top tailor

We left at 9.00am and went through Church Lock at Grove. 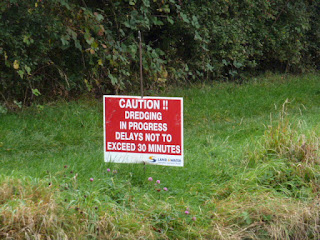 They were warning us of dredging going on again at the top and sure enough we saw them filling up another field of mud and clay from the canal. 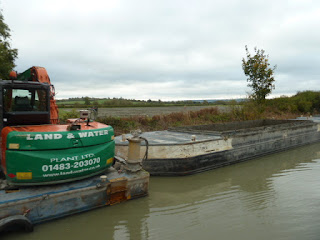 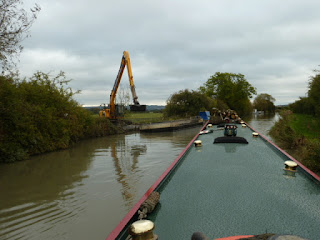 We love this part of the Grand Union where the hills are in the distance and the lion is watching us creep by. 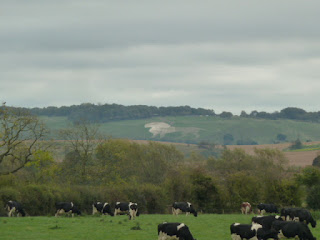 We got to the next lock at Slapton and then went on the water point for a top up. 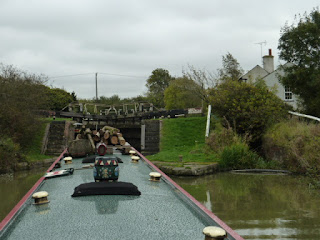 A hire boat passed us as we could hear the tank slurping away, telling us it was nearly full.. 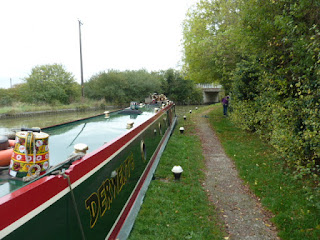 We pulled out behind them and met in the next lock.. 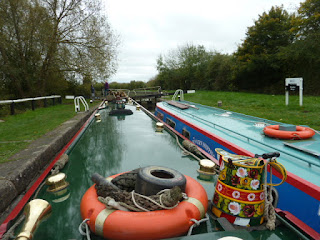 You get chatting as you do, them asking questions about living aboard and us finding out what people have done with their lives..
It turned out that Del was chatting to the guy who had made Freddie Mercury's pink suit in the video "Great Pretender". he had also made the blue suit in the "Barcelona" video, his name was David Chambers.

David and Helen always hired boats because they could get away from it all and as he said "He doesn't have to clean it" He also liked the fact that no one could get hold of him as he never had a signal on his phone.. He had made suits for people from David Bowie to Terence Conran and was getting sick of travelling to New York and making suits for Harvey Keitel, it wasn't fun anymore with all the airport security.
It still amazes us who we meet in locks, and reminds us of what the canals have to offer.
We parted with them at Ivinghoe locks and made our way onto Pitstone via the swingbridge, with the Ivinghoe Beacon in the background.. 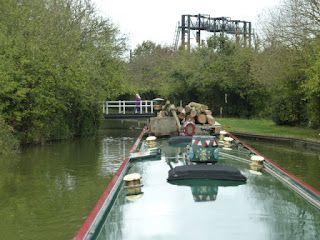 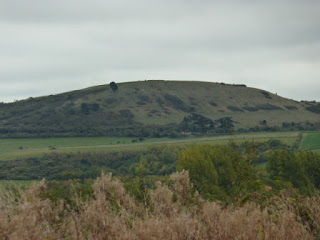 It was a bit annoying that we couldn't moor on the moorings close to the bridge because of all the fishermen doing a competition, but we got a nice 'on our own' mooring just past the boatyard. 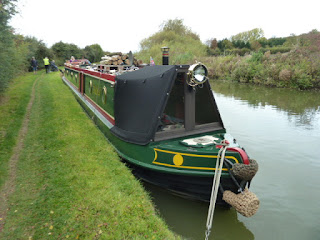 We chilled in the afternoon as the showers came through, lit the fire, and snuggled in.. 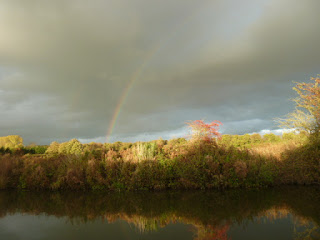 Football and Bake off on tonight so we are sorted.. 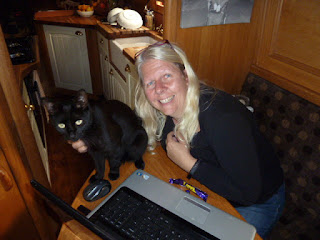 Lovely jubbly, you look so cosy there with Tooty.
Ann and Keith xx