We had gained a hour over the weekend and by god we needed it.. We wanted to make some progress today and as we were awake due to the light we decided to get going..
When we opened the stern doors we were surprised to see a thick frost over the roof.. 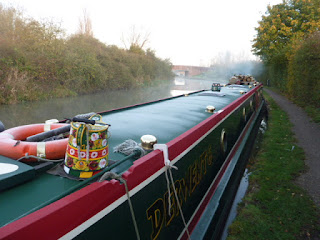 We set up the first lock and crept in, we then found the second pound had drained overnight so had to fill it before we could drop down to the second lock.. The sun was coming up and there was mist on the water, so pretty. 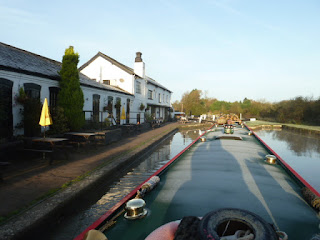 We cleared the locks and pushed into the mist watching the wildlife. 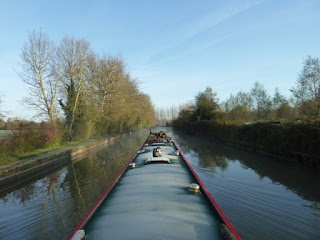 We even managed to capture a Kingfisher as we trickled along. 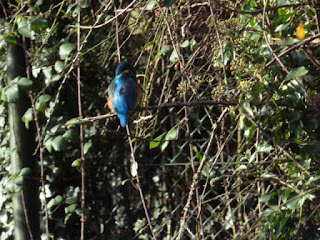 We got to Stoke Hammond Lock and where it has been so warm the flowers are still in bloom. 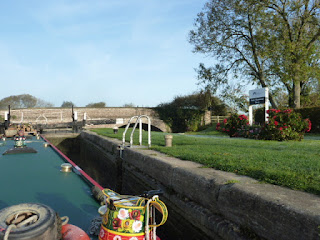 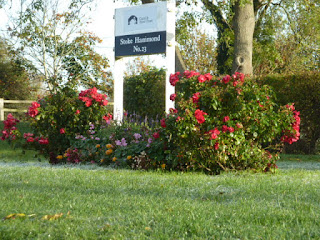 We still hadn't passed a boat so things are starting to quieten down now. We reached Fenny Stratford lock with its swingbridge through the middle and just round the corner we met our first boat. 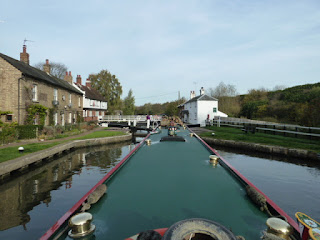 We now had a long pound of water with no locks for a bit. So Al got the washing on, followed by the tumble drier. 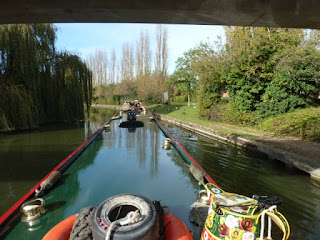 We had been used to the dredged sections of the Grand Union which made things easy, but the Milton Keynes section was quite shallow in places and made it hard work especially under bridges.. 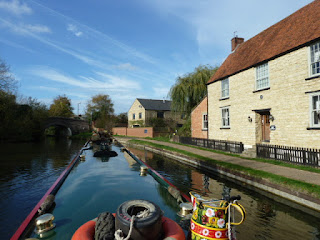 We passed the ruins of St Peters Church which now has new footpaths going to it.. There is a lot of good work going on at Milton Keynes.. 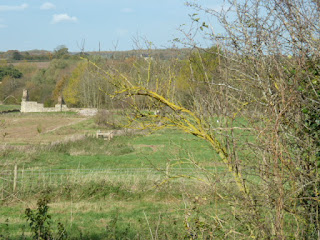 We arrived in Wolverton and then looked for a mooring where we could get telly. 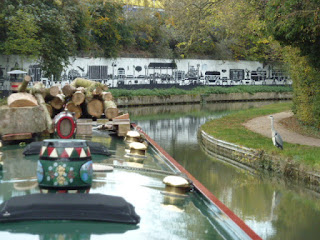 It had been a long day of nearly seven hours cruising and we only passed three boats.. 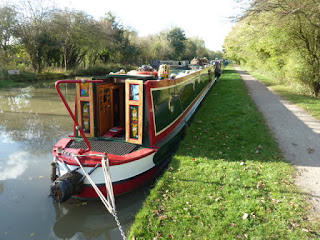 Al then caught up with her Strictly and we rested in front of a warm glowing wood burning fire.
Posted by Del and Al at 10:42 AM