It was an early start for Del as we had no locks for a couple of hours and Del likes cruising early. He set of at 7.00am and took a nice gentle pace through the other side of Bugbrooke towards Blisworth. There was still a mist on the water, but Del had forgotten to take the camera so no pics till Al got up. We went through Blisworth tunnel and when we came out the otherside it was quite quiet with boats.. Al then surfaced and we pulled over to the water point to top up.
She wasn't feeling very well, and didn't know why, but she did say the air was making her feel better.
She went over to the shop which had just opened and also got rid of our rubbish. Del wiped the roof down after the tunnel which was a bit wet after last nights rain.. When Al got back she got the lock ready as two boats had just gone down in front of us. 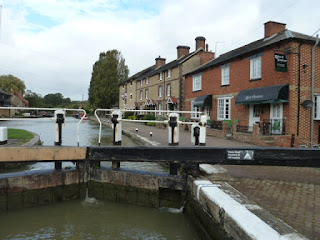 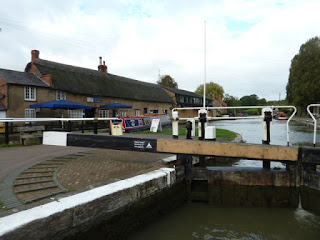 We pulled into the lock and waited for another boat to join us.. 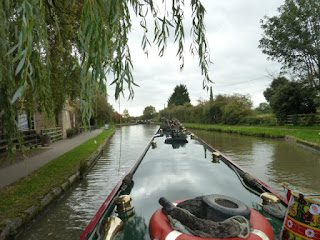 It wasn't long before a single hander was grateful for us waiting and we went down. It had been a bit windy all morning, and it was slowly picking up, so much so that it was hard to hold the boats in the lock pounds.  After struggling through the wind and some low water lock pounds we made it to the bottom.. 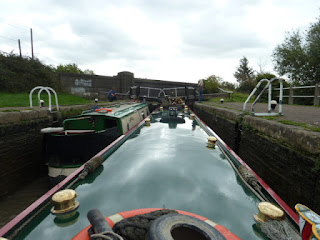 By this time the wind was gale force and we pushed on to Cosgrove. 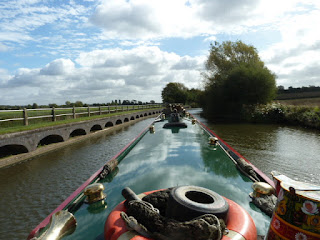 The canal does twist and turn on this section and when the wind was behind us it pushed us along even on tickover, but when it was from the side Derwent6 took up the whole canal going broadside and then pointing the bow into a bridge hole with loads of Beta 50 power. 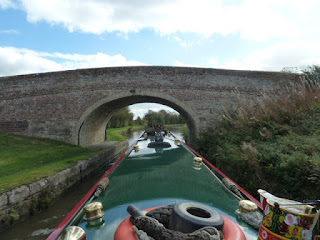 We wanted to stop at Yardley Gobion marina but someone was already on it and it was to tricky to stop and wait till it became empty. We got to the tree section and this took the sting out of the wind till we got to Cosgrove. 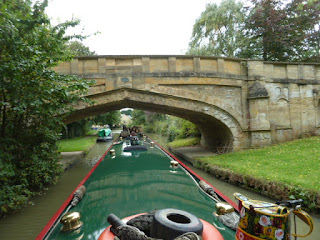 Here we decided to do a manual pump out just so we could get a few more days out of the tank, until we could get a full pump out.. It was here we found out that they charge £20.00 for a pumpout now because there are so many widebeam boats which have double the size tanks than us, and apparently as you move further south some places charge £33.00! Its getting a bit of a joke and puts you off going to London..
We then went through the lock and managed to get the last mooring on the fourteen days. 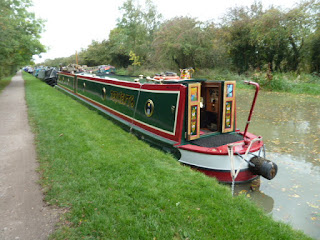 These moorings used to be monitored by a mooring warden but it just all seems to be very lax at the moment. We have been to Liverpool this year and only seen one person from CaRT checking the licences. Maybe on the locks they could get more volunteers or mooring wardens (who have permanent moorings) to check the visitors moorings and boats length of stay?. 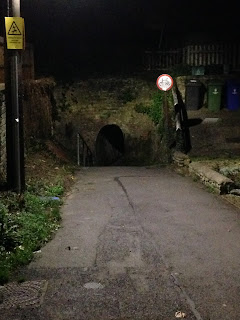 Anyway Rant over! We got in and ended up going up to the Barley Mow for a pie and a pint and then walked back through the horse tunnel to Derwent6.
The heating went on last night and it won't be long before the smell of wood will be coming from the Derwent6 chimney..