We woke up to beautiful sunshine and an opportunity to do some boat cleaning.. It was still unusually warm for the time of year and we soon got settled out in the cratch soaking up the rays..
We had a call from friends Maxine and Graham who had got us all some tickets to go to Bletchley Park in the evening.
They arrived after a bit of a delay at 2.00pm in their Motorhome and parked in the Grove Lock camping site which is part of the marina.
With time against us we dropped everything and went over to the grove Lock pub for a few beers and something to eat..
We set off for Bletchley Park which is the home of the first computer in the UK, Colossus, and also the home of the codebreakers.. 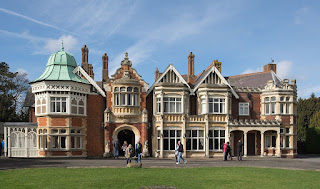 Bletchley Park employed 9,000 people during the war to crack coded letters and transmissions carried out by the German's, Japanese, and Italians and this played a massive part in us succeeding with winning the war.
It was a night time tour in the dark and warm clothing and torches were required.. 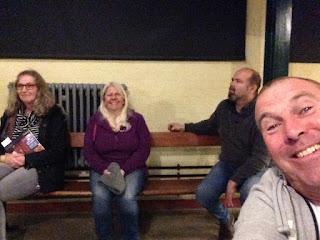 We were being taken back to the Second World War and we were the new Codebreaker recruits. 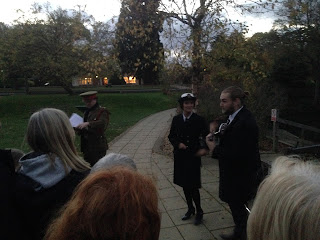 You also got free drinks in the price. It was fantastic and well worth doing.. 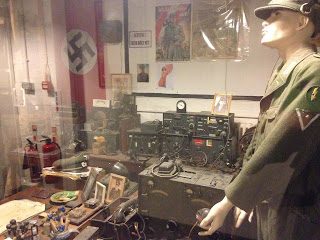 When we came out from the tour you could go round the museum of computing and the national radio centre. It was 9.30pm when we came out, and it was back to Grove Lock and back in the pub.
Just when you think it was bedtime we got an invite back to the Motorhome for a nightcap. We ended up playing Uno with a few more beers and wine till 4.00am in the morning.. 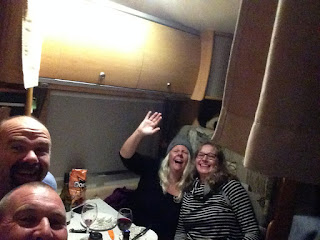