After last night we had a bit of a lay in and decided to set off at 9.00am. Our voices were a bit worse for wear and our ears were still ringing, but we managed to slowly make our way to the Aqueduct. 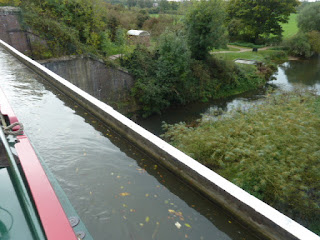 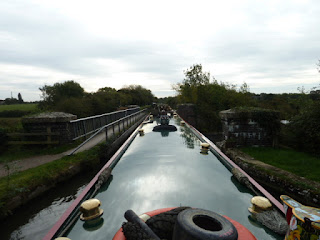 Then onto Wolverton Station. 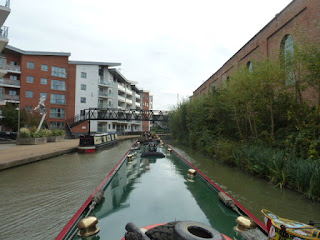 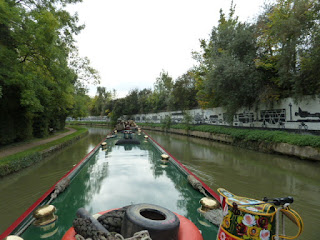 It seemed a lot colder this morning with the northerly wind making it feel chilly, maybe it was because we were a lot higher than everyone else. 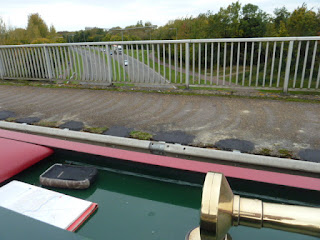 It wasn't long before Derwent6, for the first time this year, had smoke coming from the chimney. 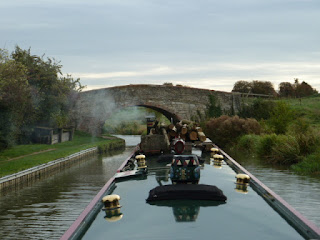 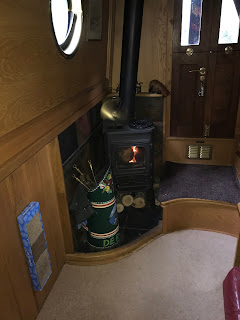 We made our way around the outskirts of Milton Keynes and were pleasantly surprised at some of the improvements.. 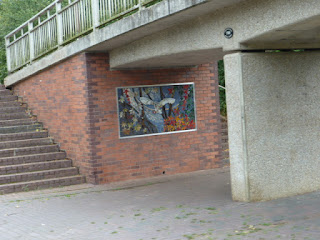 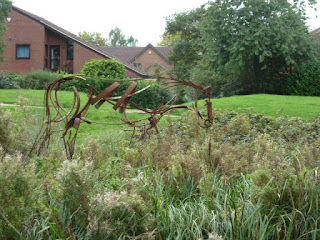 New signs under bridges and some sculptures making things more attractive and les rubbish in the canal.. 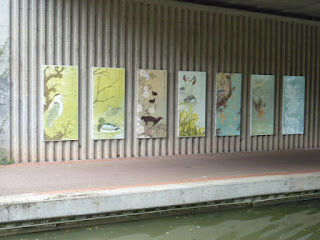 But, and there's always a but, we had to do a hell of a lot of it on tickover. There were so many more moored boats, and fifty fifty with narrowboats and widebeams, with a few fibreglass boats in between. We tried to get in at Campbell Park and had no chance, who is monitoring the system. We have done this part of the system loads of times and it never used to be like this..
We came to one bridge and a boat came steaming through and then saw us. He ploughed straight into a tree and then struggled to get out of it with us stopped and watching him. 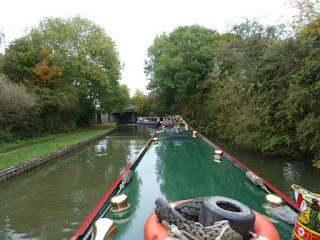 Sheepishly he went past us and Del had to say something. "Too fast mate, go on the M25 if you want to go fast" all he got back was a grin from his wife and the bird from him. That won't help his damaged boat, Pratt!
There are some very pretty sections round Milton Keynes and we do still enjoy the Grand Union. 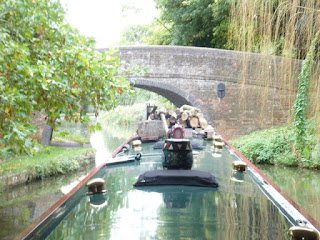 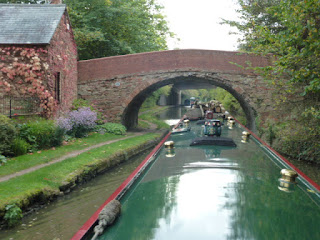 We soon got to Fenny Stratford Lock with its swingbridge in the middle of it, right in front of the Red Lion pub, but no problems here. 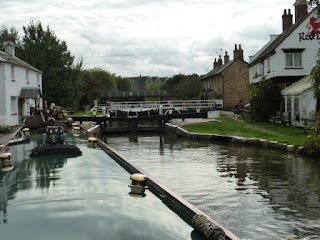 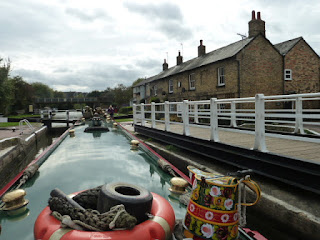 ﻿
We carried on to Stoke Hammond and one of the prettiest locks on the canal, it always looks neat and tidy. 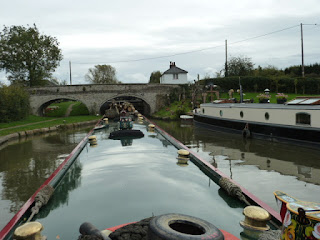 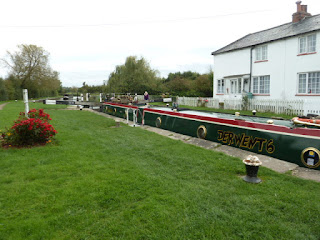 We planed to moor up here but due to the low levels and the weather prospects we thought we would try and get a bit further, this meant we would have to do the Three Locks at Soulbury. 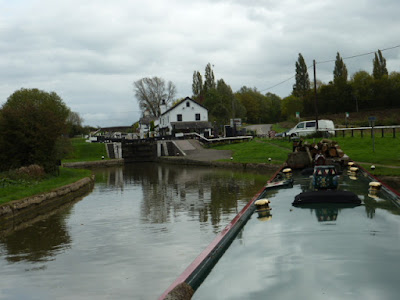 We waited for someone to join us and then another two boats came up behind us who were together. We got through the first lock then helped a single hander down who was struggling in the wind.
We got through Ok after that with the locks in our favour. We then passed CaRT doing some dredging, in fact they were emptying containers into a farmers field, and then we had had enough and moored on one of our favourite moorings even though it was a bit noisy with CaRT close by and moving barges of sludge every half an hour. 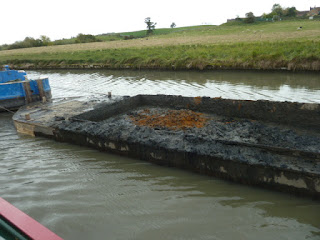 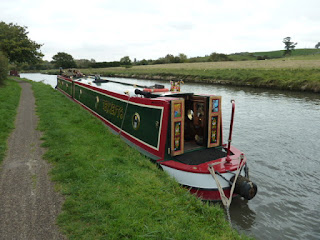 Here we battened down the hatches, took the stuff of the roof, waiting for the predicted strong winds to hit us... They weren't wrong!!!
Posted by Del and Al at 9:20 PM