Getting in the mood

It was up early for us as we planned to get the train to Birmingham. It was a twenty minute walk to Rugby station and we got there just in time. The weather was so cold and we had to layer up to keep warm. We were pleased it was cold because it would provide a good atmosphere to where we were going..
In Birmingham it was the Frankfurt Christmas Market which was suppose to be the best outside of Germany. 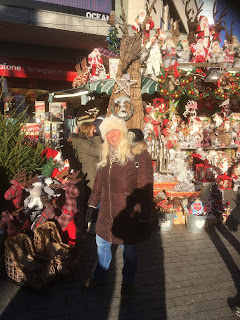 They weren't wrong, because the minute you get off the train at New Street you are right in the thick of it. 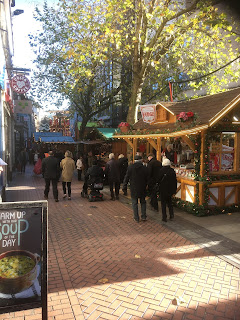 The stalls are fantastic, and it is so Christmassy, it just gets you in the mood for the festivities... 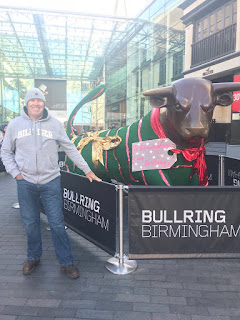 And a Hot Chocolate. 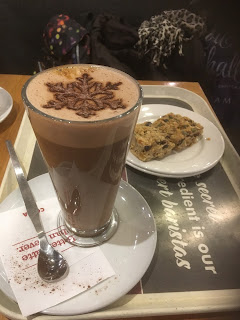 Yes you can say you take a risk going to these sort of places at the moment, but all precautions had been done to keep people safe, such as big barriers at each end to stop vehicles entering, sad, but you felt safer, that's the world we live in I'm afraid.. 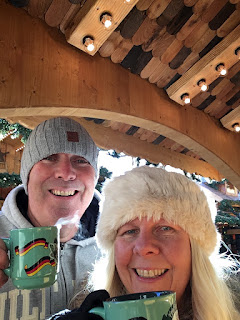 The place buzzed with everyone just having a good time. Gluhwein (mulled wine) and German beer was going in all directions and it tasted loovvely! especially on a freezing cold day. 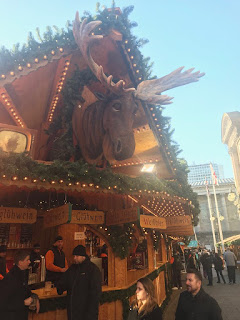 We didn't plan to get any Christmas presents but did in the end. The day seemed to get better as the night fell and the lights came on, making the atmosphere even more special. 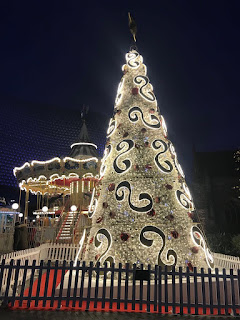 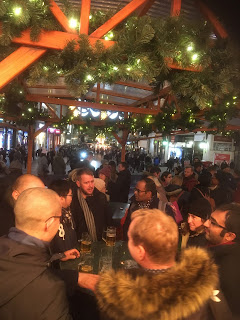 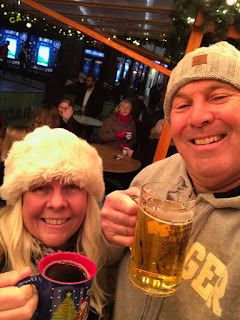 We had a lovely day and finished it having something to eat with a beer, before getting the train back to Rugby and getting a cab back to  Derwent6 as we had worn our legs out!
It was freezing but the fire had kept in nicely with Tooty the cat by its side. That night he opened his advent calendar with his teeth. 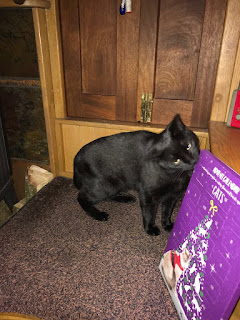 We sorted out all the stuff we had brought and lit our advent candle. 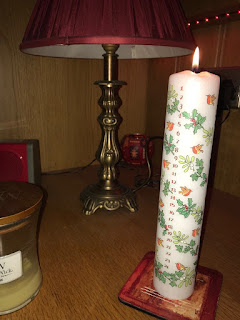 We then fell into bed knackered from a long day. Tooty went out, good luck mate!
Posted by Del and Al at 8:25 PM