It was a late start for us as we got in at 2.30am, so our morning started with a cup of tea in bed watching the Strictly final. It was pouring hard with rain outside and it was a nice feeling that Derwent6 was again running under its own power..
We did three hours of engine running so the batteries got a good charge. At 10 hours we have to take the pulley off again and re-check the allen key bolts on the clamp on the crankshaft pulley to see if they have moved, After doing this we will then mark the end of the crankshaft to check future movement.. It also has to be checked again at 40 hours.. If you look at the latest engines they have a adjustable plate fitted on the end of them which it looks like it bolts to the clamp, why haven't we got this design? 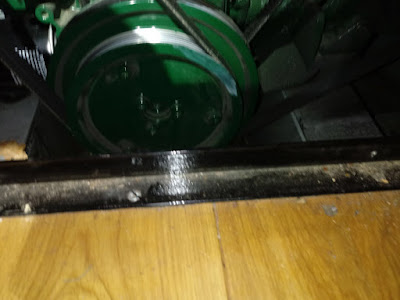 We had collected all our Christmas cards from Kent and opened them up over a coffee and a mince pie and then put them up. A big Thank you to all of you that sent one.. 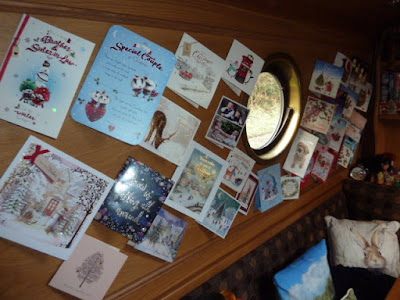 We had run our food levels right down, so planned to go out for lunch. We had the car and thought we would go for a nice Sunday roast dinner.
With full tummies and the rain having stopped we made our way back to Derwent6.
In the evening we watched Sports Personality and the Apprentice before going to bed to catch up with more sleep..
Posted by Del and Al at 10:57 PM