Car, Kent, and the Anderton Lift

Blimey where do we start..
We put Derwent6 in Orchard Marina in Northwich. It was a bit tight getting in but we managed it in the end. It had no facilities but it was cheap and served our needs.
We then hired a car from Enterprise and dropped Tooty off at the local cattery called Oakdean (lovely cattery if anyone was interested).
The following morning we drove down to Kent, a journey we want to forget, as it took eight hours as the M6 was closed for most of the morning..
When in Kent we stayed with friends Bernie and Sarah as we had a few things to do and see local to them.. We had a lovely takeaway the first night and a BBQ on the Friday night which turned out to be a cracking night.. 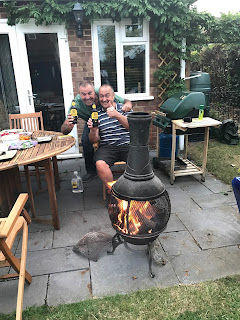 On the Saturday we were invited to Terry's (Del's Stepmum) for another Birthday BBQ, and she had invited a few old friends we hadn't seen for a while, it's always nice to catch up with people.. 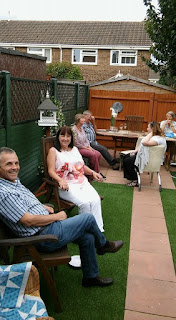 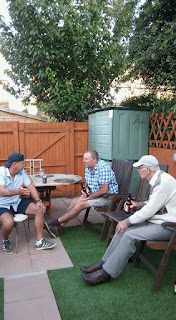 On the Sunday morning, Terry cooked us a lovely Full English breakfast to set us up for the day and our drive back home.
It was a better journey this time and we pulled into the marina in four and half hours door to door.
We picked up Tooty, who was so pleased to see us, and then got to work getting Derwent6 ready for moving the following day.
On the Monday we could take the car back, so first we got a big shop from Aldi and then took it back to Enterprise. They brought us back to Derwent6 and we then thought we would move, or so we thought..
We had grounded in the marina and after a lot of rocking and engine revving we got off the mud, and managed to swing round out onto the cut again, it was so good to be moving..
While we were away Mark and Sian on n.b. Mochyn Du  had a problem with their toilet. The pipe had blocked somewhere and it seemed like it might be either in the pipe running to the tank or at the tank.  They were desperate to have a pump out to see if it would unblock, and we were also at nine on the gauge.
So we pushed on through the industrial part of Northwich. 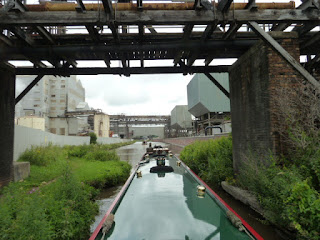 Where salt was the main cargo for the boats, you could still see all the wooden stanchions from the late 1800's 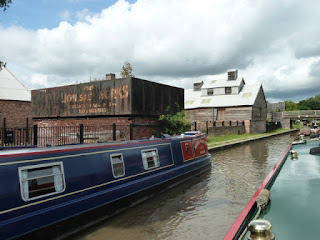 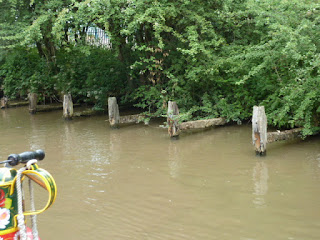 We made the pump out station and luckily it was free. Mark first tried to free his tank but it didn't work and was still blocked after his tank was empty. 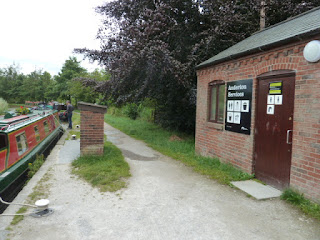 We followed on Derwent6 and it felt good to be empty again!..
We then moved up to the amazing Anderton Lift where boats are lifted between the River Weaver and the Trent and Mersey where we are. 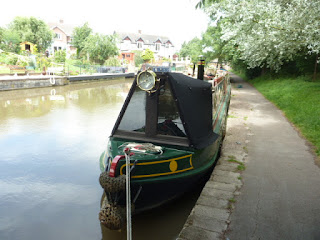 The first thing was to sort out Mark and Sian's blockage. We soon sussed out it was at the tank and the pipe was removed (not a nice job)
After a lot of poking about it freed off and a sigh of relief was heard by everyone.. Losing your toilet on a boat is quiet a major thing, no one wants to use a bucket!!
We then went to the lift museum and down to the Weaver, and got some photos of the lift in action. It used to be run by steam, pulleys and chains, but now it is done by hydraulics and electric. 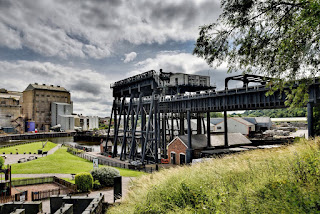 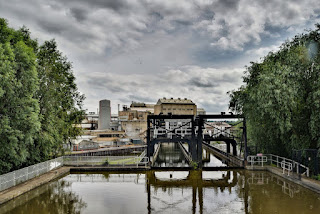 One ram pushes up 150 tonnes, but as it is counter balanced it takes less effort. 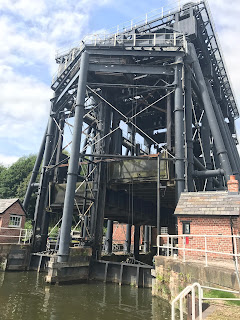 After they kicked us out as it was closing, we walked over to the local pub for a pint, we just felt we had deserved it. 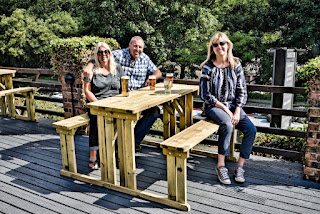 After a chat we then decided to walk back to Northwich along the River Weaver to see what it was like and also grab a good curry, something else we thought we deserved.
After a few more beers we ended up getting a cab back to Anderton and it was then bed.. Yep it had been a long day!
Posted by Del and Al at 9:34 PM