The Amazing Entrance to Liverpool 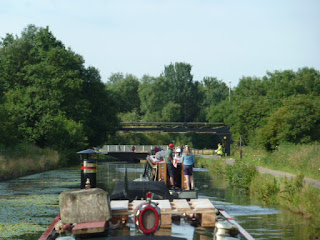 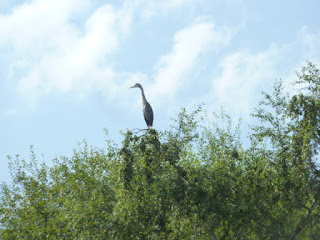 Two other boats set off with us and we all arrived in a convoy at the bridge just before the time asked for by Canal and River Trust (CaRT). They class this as the passage into Liverpool and they check us in, and then check us again at swingbridge 6. 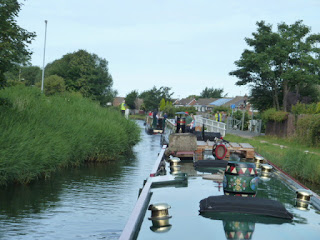 We are then told if you want any provisions to stop at Litherland, and if a pumpout is required to do it there. We were lucky and the pumpout was on Pause which allowed us to clean out the tank. You can fill with water here as well and there's a handy Tesco. 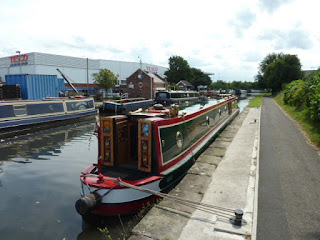 You are told to leave by twelve at the latest and then make your way to the Liverpool canal Link which starts with four locks going down to the docks.
We left at twelve and arrived at 13.02 just in time to see the two boats in front of us go down the first lock, perfect! 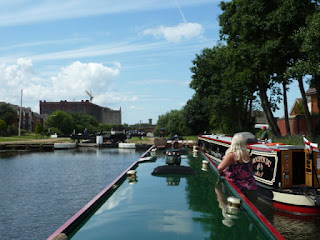 We were helped by two guys as we dropped down to sea level, and the first thing you smell is the salt water. 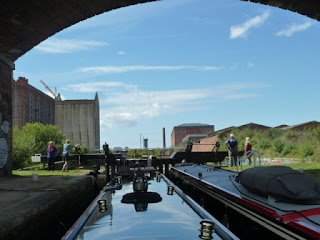 A small bridge at the bottom warned us that the chimney might get in the way so we removed it as a precaution. 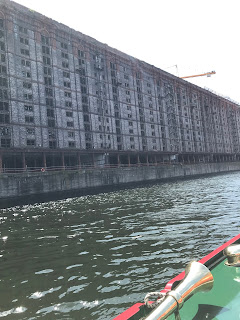 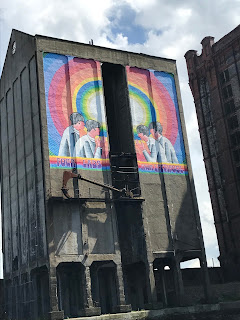 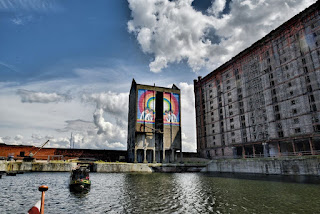 This took us out into our first dock with an old tobacco factory, and loads of old factories with a 1800 clock tower in front of us, it was amazing! 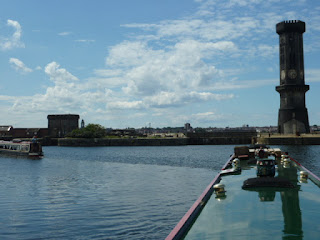 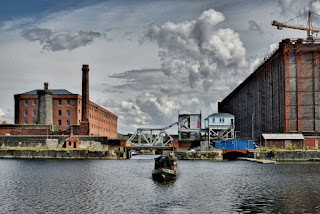 We turned left at the clock and followed through another dock into Sid's Ditch, this was a cutting just for narrowboats which had a bit of weed in it but it wasn't a problem considering what we had been through. 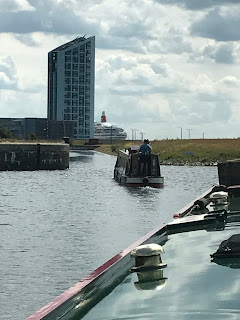 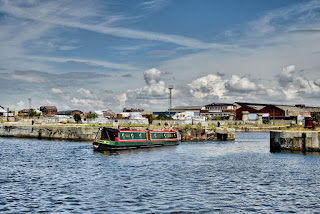 After this we went into two other docks which were lined by buoys which guided us into a lock where the guys from CaRT were waiting for us. 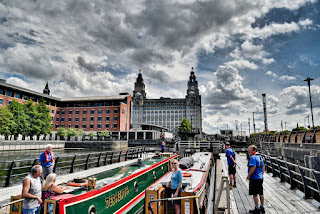 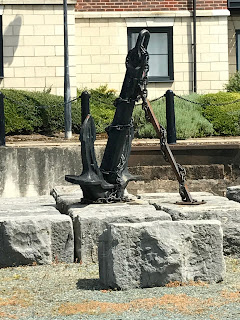 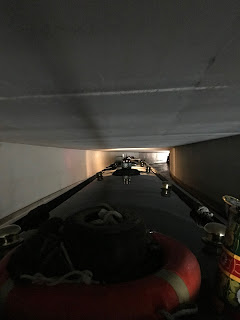 This dropped us down into a tunnel which took us towards the Liver building. The tunnel looked dark as we entered it but once inside it was quite light. As we exited the tunnel there were brilliant views of the Liver building, with the liver birds at the top watching our path. 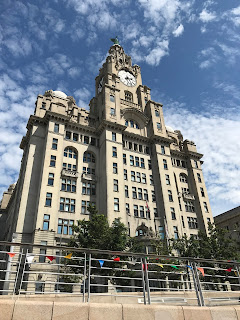 Another tunnel and a exit lined with people waving like they had never seen a boat before. You could hear music from the local stands and also see the museums. 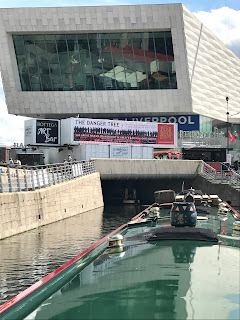 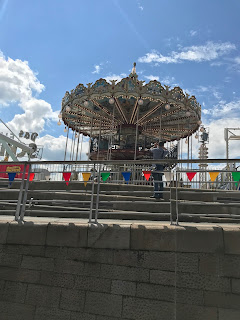 Another lock approached and we dropped the eight inches required to get into another dock. 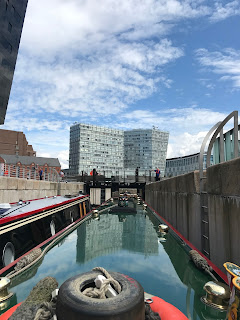 We turned right here and then right again to another dock before turning left into Albert Dock. 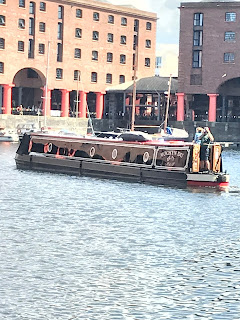 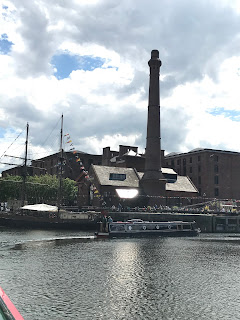 This was also amazing with it's pink pillars and the buildings on top of it. A right turn here took us into Salthouse  Dock where you see all the narrowboats lined up. It was a bit windy but we managed to back in Derwent6 on to the pontoon, and the CaRT guys were at hand again to make sure we were all ok. 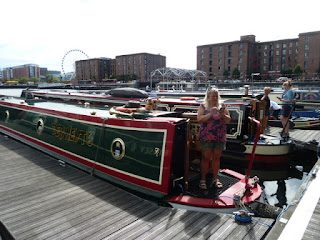 A plug in onto shoreline and a top up with water and we were ready to enjoy ourselves. This City is Amazing! 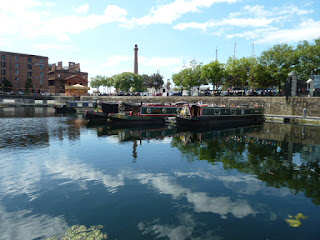 We took a quick look round just to get our bearings and then waited for friends Maxine and Graham to arrive.. They had a train delay, so got to us at 5.00pm, amazed as much as us about Liverpool.
It was a lovely evening so we sat out in the cratch till 6.30pm. We had booked some tickets to see the Pierce Brothers in some old recording studios 600metres from Derwent6. 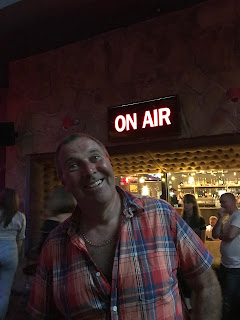 They didn't let us down and we had a fantastic night drinking singing and dancing, and finished the night with an old school disco place, where we got very drunk.. 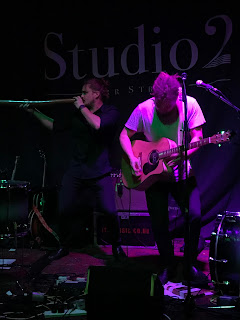 Like you, we found Liverpool a fantastic city and a week wasn't long enough so we had to go back the following year! Your ohotos are great, some of them have real impact, especially the skies. Can I be cheeky and ask what you do to achieve that? Jo N/B Sarah Kate

Hi Jo, yes Liverpool has been fantastic, lovely city and lovely people. The photos that have a 3D painting effect are from our friends software called HDR. You take 5 shots in different tints and then overlap it for this effect. The other photos are just our bog standard camera lol