Shhhhhh.. We left Lymm so quietly just as the church bells gently stroked seven and sneaked our way out of the village.
We tried to stop for water at Oughtrington but there was a sign saying it was unavailable, so we pushed on to Little Bollington where we managed to breast up and get some.. 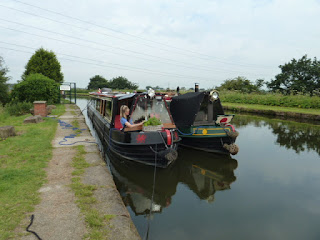 We were now on the outskirts of Manchester and not knowing the Bridgewater canal thought it might be best to push on through this bit. We were wrong, it was ok, I'm not saying we wanted to stop here but it was a lovely day and it was very nice and very straight. 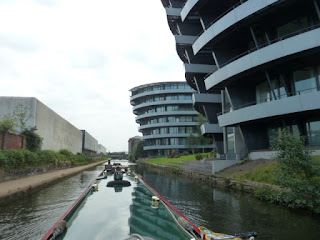 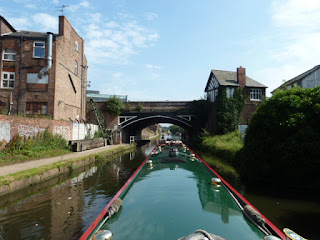 It was great to see some development going on but they were trying to save the old fronts of buildings and blending them with the new. 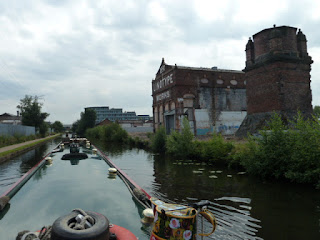 We passed through Sale and then Stretford before we turned at the junction onto the Leigh Branch. 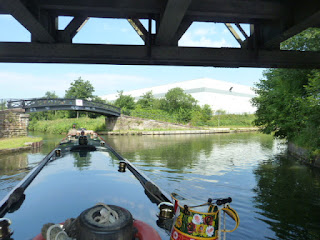 Here it was full of factories, and at the Kellogg's factory you could smell the corn in the cereals. The water started to turn red with the iron ore in the water. 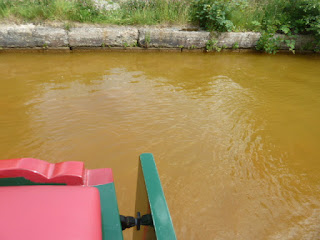 We then reached Barton Swing bridge which goes over the Manchester Ship Canal, and when required it swings sideways to allow tall ships to pass under the canal, amazing! 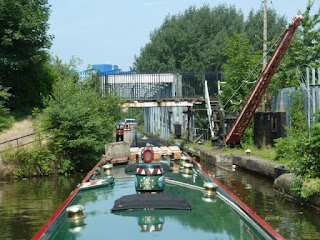 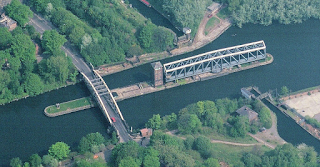 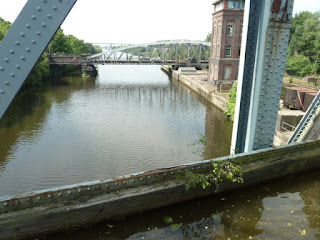 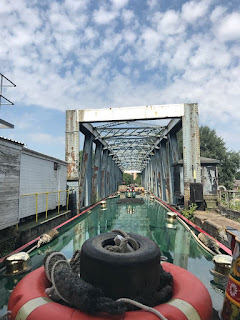 Here we pushed on up to Worsley and what a lovely place, it was Derwent6 down to idle to take in all the views, we are so lucky. 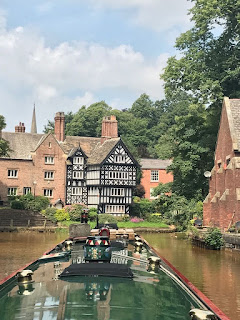 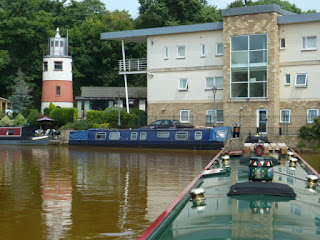 It opened out then and back into countryside (and the dreaded horseflies) where the moorings were difficult.
We were a bit pubbed out, and tried to have a dry day, so a BBQ was in order. We managed to find a spot with a high back and the charcoal came out. 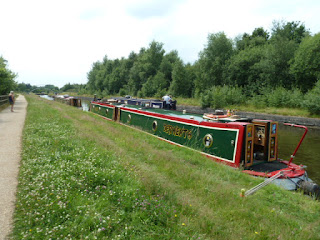 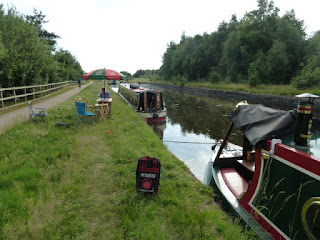 It was so humid and it wasn't long before a cold beer was required, followed by Al's home made cheesecake. 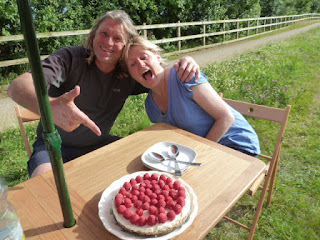 After we had eaten we then walked the half a mile to the Old Boat Inn pub where we met friends Doug and James. We all had a great night as usual catching up together and the dry day will have to wait till tomorrow.
Posted by Del and Al at 4:40 PM