We set off at 8.00am this morning and it didn't start too well. We got the news that Del's Uncle John had died at 10.30pm last night. Uncle John was just one of those Uncle's you looked up to. When Del was young, John made all the model airfix kits, and then would give them to you, fully painted, and with the men inside them. He would take you out on day trips to London or Dreamland in Margate. He was just always around when you needed him. He will be sadly missed and is the last of that Heasman generation. RIP Big John. 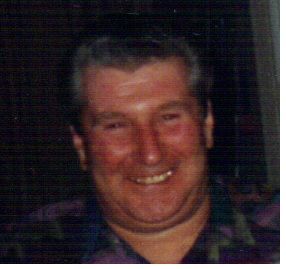 We carried on and took the cutting at Halsall and it was lovely in the sunshine. 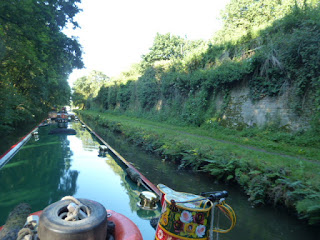 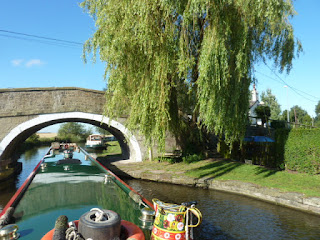 We got to the first of many swingbridges and we were told the power had been turned off at 9.00am..... we arrived there at 9.05am so had just missed it.. 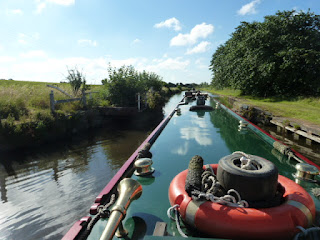 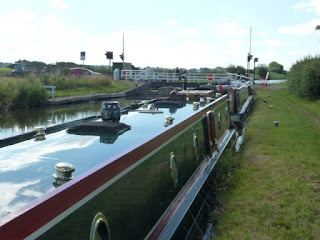 The power was going to be turned off all day and not coming on till 6.00pm so we moored up and phoned Canal and River Trust, put the kettle on and started doing jobs. 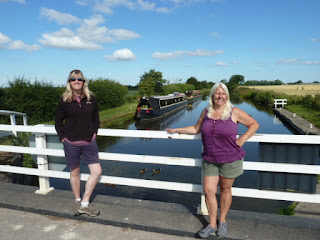 CaRT came out to work the bridge manually only to find they couldn't do that without it powered up. We're sure the workmen felt sorry for us as they turned the power back on at lunchtime and let us through..
We carried on our cruise through Maghull where there are another three swing bridges. These went ok as we alternated them, we just hit an old scooter which had been thrown in on the bridge moorings. 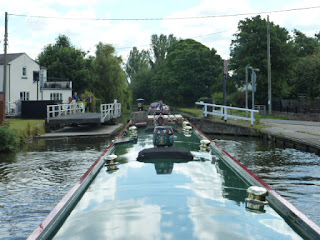 We carried on through the weed and water lilies which had left a line in the middle of the canal, but we didn't have any problems. 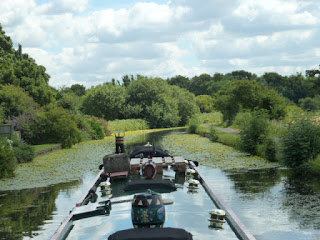 We moored just before bridge 10 which was a nice spot in the countryside and Tooty could run freely. It also had tv and a handy pub just a quarter of a mile away.
Del flew his glider in the field next to where we were moored and then we walked up the pub to grab something to eat. It was so warm we had a a pint as well. It was a lovely little walk through a farmyard. 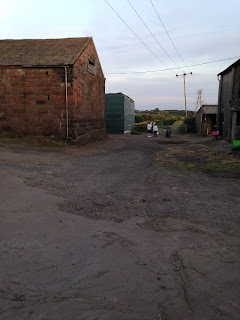 Coming back there was a lovely sunset. 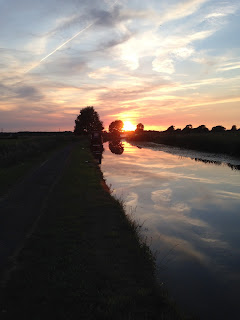 Hopefully we will be on our final stage to getting into Albert Dock tomorrow, lets hope the swingbridge works..
Posted by Del and Al at 3:57 PM