Back to pick up crew!

We set off from Beale Park at 9.15am after seeing a couple of boats go past which were moored at Pangbourne Meadows. 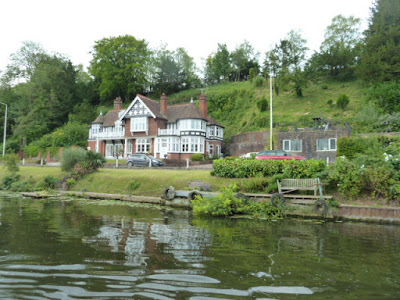 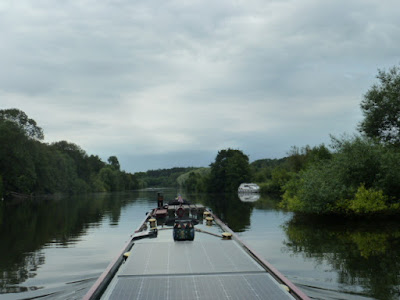 We saw the same lockkeeper at Whitlock lock and then had a good pick of the moorings. 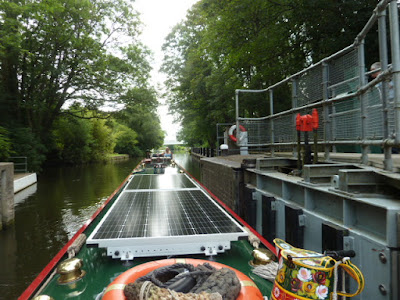 We sorted out telly and got the chairs out and chilled waiting for a phone call. 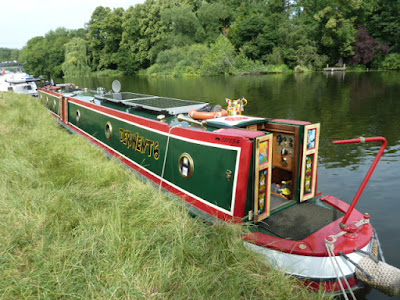 David was finding us today and he soon came marching across the meadows..
He had brought with him some 6.2% cider and that warmed us up for the BBQ we were going to have a bit later. 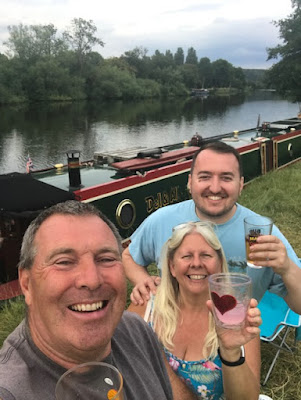 Al walked up to the local butchers, who's meat is to die for, and Del lit the coals.. 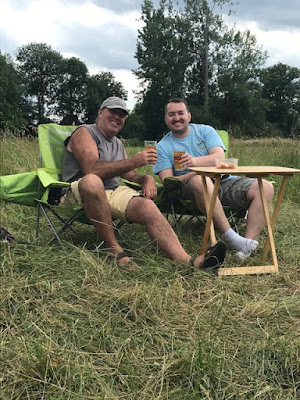 It was very pleasant in the hazy sun and we all chatted and caught up on everything..  David, being a chef, did the cooking and the marinated steaks were amazing. 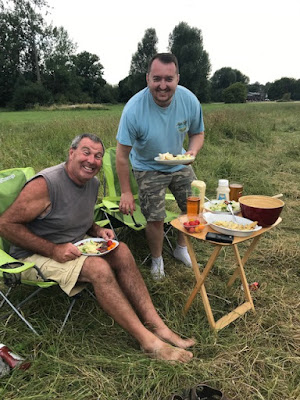 We thought it would be nice to go up the pub and sit outside for a couple of beers and also David got to see the place a bit.
Yep we struggled back in the dark and jumped into bed thinking about where we go tomorrow..