Back to an old mooring haunt

So what have you been doing the few days? We hear you ask! Answer, "Not a lot"......
We have cleaned Derwent6 with a roof polish and touched up some paintwork, Cleaned out the bilge, and topped up the stern gland. We have also been trying to trace a smell we have in the engine room which smells like a leaking pipe somewhere..
Al has been doing loads of washing, in fact everything got washed, but over all we have just chilled out for few days.
It has been difficult at times though because what is about boaters nowadays that can't slow down past moored boats anymore.. Its almost like the guy who can't be bothered to put his indicator on when overtaking on the motorways of Britain, perhaps its the same guy!!!
We have had to over tighten our ropes, which isn't a good idea when the levels are inconsistent but when a boat goes by at 4mph it rips the pins out.. Just sit back in the cratch and think of a beach somewhere you love and SMILE!
We had heavy rain last night so all that cleaning was in vain but it did bring the levels up a tad and freshen things up.

We set off when it stopped at 8.30am and headed back towards Banbury.
The rain had made the trees hang even lower which kept Del alert. 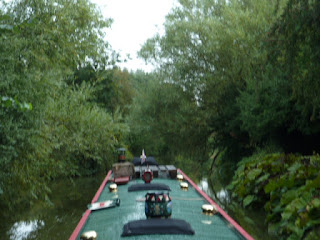 We passed Kings Sutton station and then got to the lock. 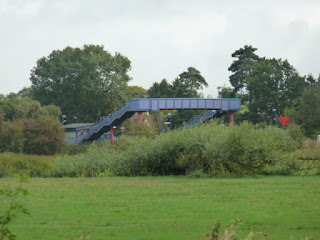 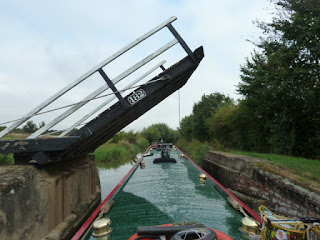 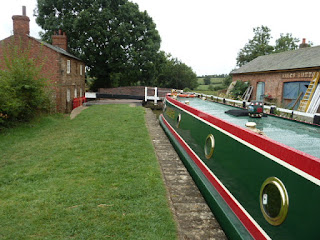 From here on things got worse as the water levels had dropped a foot, so it was idle for most of the way to Twyford Wharf. 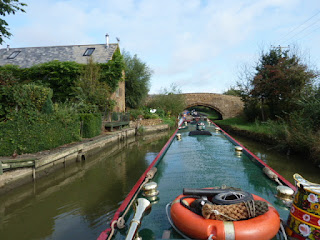 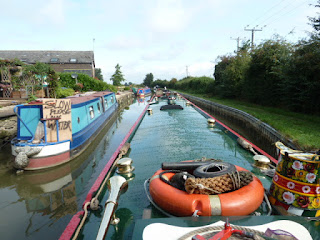 We passed a trip boat who is very light and even he grounded. When he passed us we had to wait for the water levels to come back to us.. 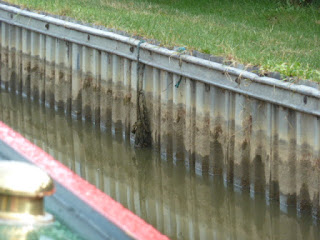 We idled up to Grant Lock and it was a relief to be able to get going again at the top. 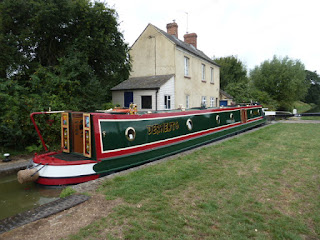 We picked out an old mooring of ours which we use through the winter months, but things are going to change around here, more about that later.. 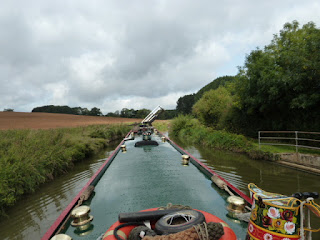 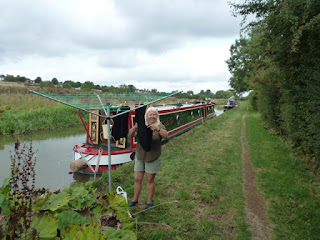 Al put out the washing and we waited for Tooty to suss out his new patch and then we walked down to Morrison's for a shopping top up..  If you look closely, Tooty then chased a squirrel into the hedges which held us up a bit.. 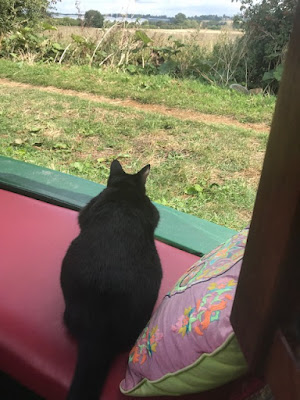 We were all done by 3.00pm which freed us up to chill in the sunshine this afternoon...
Posted by Del and Al at 3:24 PM

Hi Stuart, no living abroad for us!

Hooray, just aboard then lol.