On to the Aerial

We set of early while David was still asleep and headed into Braunston. At 9.00am when the office opened we got a token and cleaned the tank out. Just as we were pulling out David surfaced and we crept out of Braunston.
We then hit what we call the M25 of the waterways section up to Wigrams turn, but surprisingly we only passed 14 boats. We made our way through the shallow section up to Napton. It must get shallow here because the banks are eroding and they also pump water to the top of the locks. We wanted to stop at the bottom but the boat we were following pulled into the only gap left. So we had no choice but to go through the first lock, and luckily there were a few moorings there. We moored up and walked to The Folly Pie Pub, one of our favourites.. 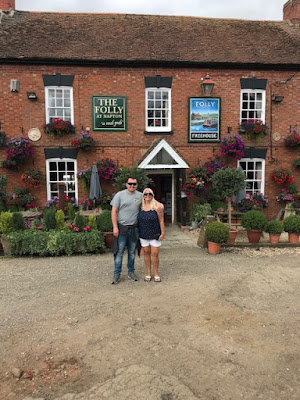 Mark the owner wasn't around but we had a lovely pie and chips all the same. 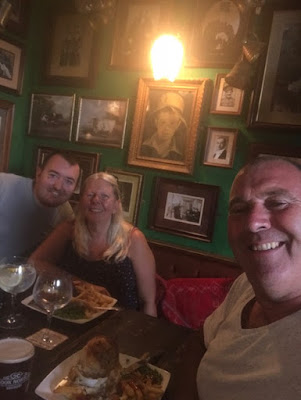 We came out a bit full but did the locks in no time as all the boats from the Cropredy festival came down the flight. The problem we had was finding a mooring again at the top. We ended up going till we got to the Aerial moorings (as we call it). We stopped first and had a look and there was one mooring which looked like we would get in, but we asked a boat if they would move if we couldn't. The nice couple said "of course we can" As we arrived they were moving back anyway and we got in with ease. 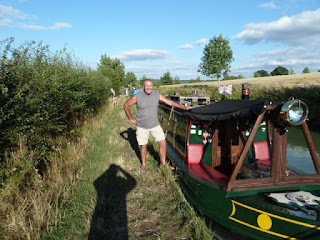 We chilled with some telly, all be it rubbish on, and we had some nibbles and a few more beers..
It had been a long and enjoyable day, we were knackered! An early night was in order!
Posted by Del and Al at 11:07 AM

The Folly is the only pub I know that does proper home cooked chips like mother used to make. Even The Greyhound uses frozen chips, so disappointing for such a well know food pub!

You're so right Ray, it was great food, as always