We woke up to rain on the roof, yes I know rain. The canal needs rain and here on the South Oxford it is in need.
We try not to move in the rain, unless we have to, so David being a Chef, did us one of his special Scrambled Eggs on Toast. 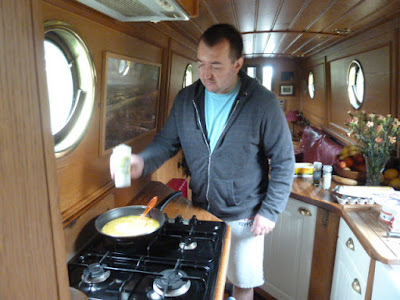 Wow the Scrambled Egg melted in your mouth and set us up for the day. 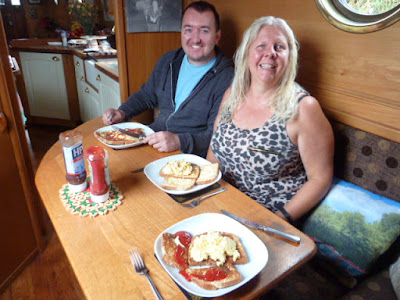 The clouds were moving over by midday so we got ourselves ready to go at 12.30pm. 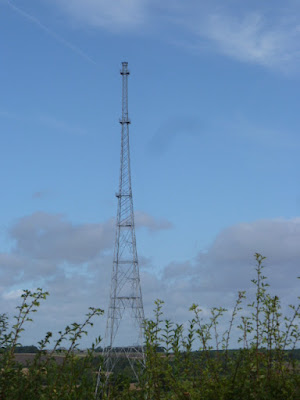 It was a very overgrown section, but it also made it pretty and very interesting. It was amazing that the water was green here and not the muddy waters we are used too. 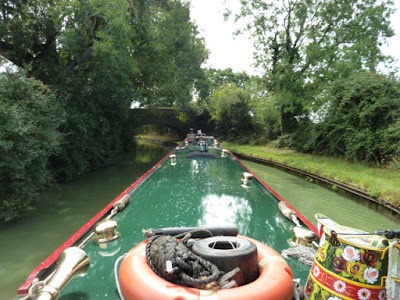 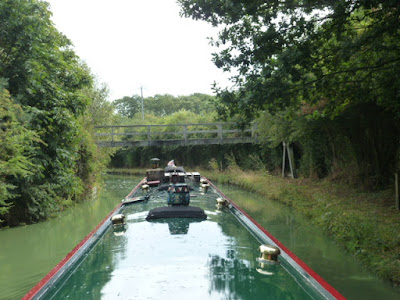 We passed ten boats as we got to Fenny Compton so we felt confident we might get in. 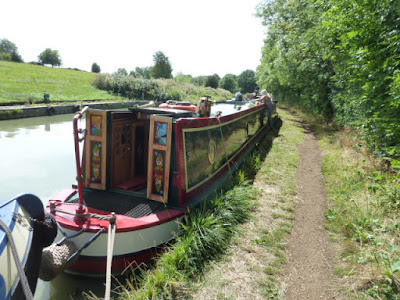 When we checked the gaps there was only one where we fitted in nice and tight. So we were settled in for the afternoon soaking up the sunshine as it peeped in and out the clouds. 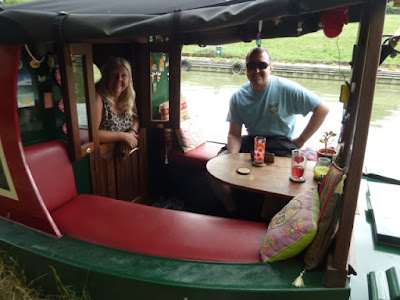 It got to 6.00pm and the cloud had overpowered the sunshine and we thought it would be nice to have a beer in the pub and look at the menu. The Wharf Inn has changed hands and doesn't have live music anymore which is a shame.. During the winter months we used to make an effort to get to Fenny and have a good evenings entertainment.. On the menu there was 63 items and we thought with that many items most of it must be frozen, so we gave it a miss. 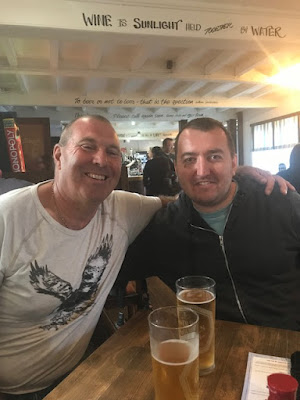 We had our beer, and while drinking it, checked out the Merrie Lion on line. It had loads of good reviews so we thought we would give it a try. 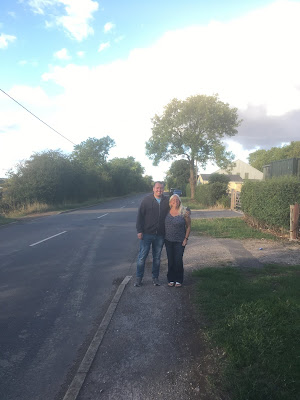 It was a 15 minute walk into the village and when we went inside was pleasantly surprised. 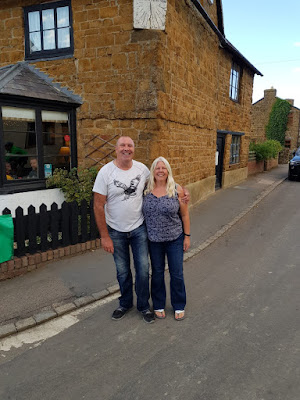 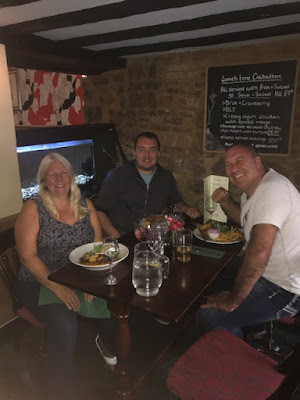 It had been redecorated and it had a lot of new staff including a new chef..
We got our food and it was amazing. It was quality, but at reasonable prices. It was so good we all had deserts which were also very good.
Bloated and full we walked back to Derwent6 on a very nice warm evening. We even saw a shooting star on the way back. We were only back on the boat for ten minutes and we decided we were all ready for bed. Including Tooty! 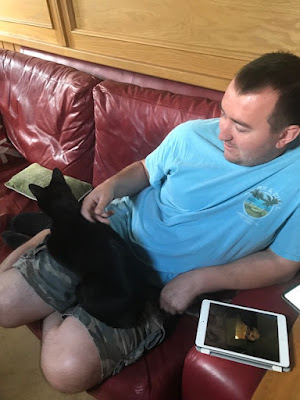