Oiled up and in a Jam

It was up early this morning as the hire car had to be back by 10.00am and Al wanted to do some heavy food shopping as it was easier with wheels.
We then went out and did some blackberry picking and got a couple of bowl fulls. 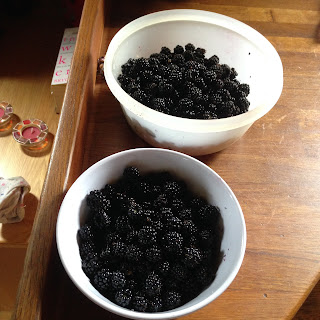 Del then needed to change the oil on the gearbox and engine and on doing so noticed that we had a belt lose and we had lost some water.. This water leak has been an ongoing problem as it leaks sometimes and then won't leak for a month, so its very difficult to find..
After changing the oil and filters Del removed the generator belts to get to the engine starter battery alternator and managed to tighten the belts enough to stop them slipping.. The belts on Derwent6 have been a pain from day one. The water leak will have to be another day! 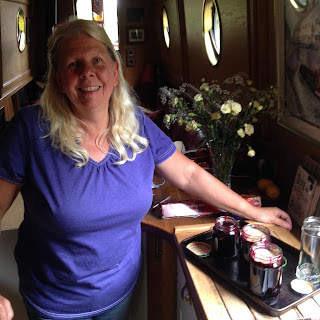 While all this was going on Al was making her jam. It smelt nice bubbling away on the stove and looked even nicer in the labelled jars.. 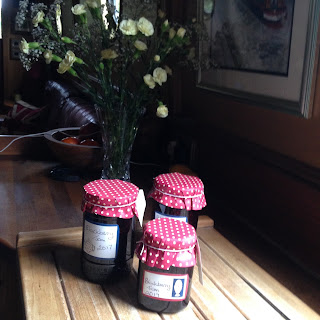 It was football in the evening "come on England!"
Posted by Del and Al at 8:59 PM