We woke up to a lot of banging going on in the cratch and the cat Tooty wanting to come in..  We looked out of the window to a lovely misty autumnal morning.. It had a chill in the air but we still resisted to light the fire.. 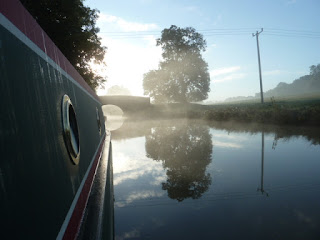 When we opened the cratch we were surprised (Al was horrified!) to see Tooty had caught a rabbit, yes a bloody rabbit, with four mice. It looked like World War Two! I could take a full picture of the rabbit but what you see is bad enough. 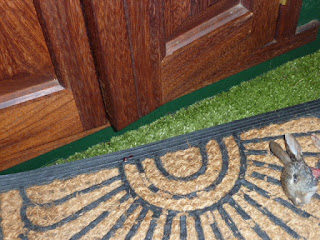 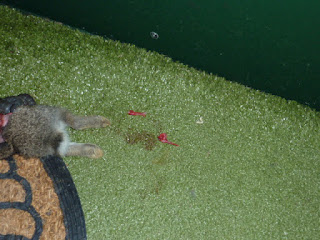 After a good clean up and disinfecting the place Del had his hair cut and we showered before our breakfast.. (and it wasn't rabbit)
We decided to stay put today as we had a nice spot and the sun was out..
It was like a Sunday for us, so Al did some home cooking and we had a nice roast dinner which kept the boat warm. Del did some repairs on his servos and also did some little jobs around Derwent6..
Just a lazy day!
Posted by Del and Al at 3:35 PM